Leader of the Seven Disasters

She is voiced by Satomi Akesaka.

Lilia was once an apprentice of Merlin, and learned magic under her teacher. However, after an incident where she angered Merlin, Lilia left to learn magic herself, and desired to one day surpass Merlin in magical power.

Years later, Lilia believed her magic to be more powerful than that of her former master's, and decided to prove it by summoning a demonic entity known as "The Ruler of the Storms" to destroy the world. Fueling her summoning magic by sacrificing dozens of humans she deemed unworthy of living, Lilia opens a portal to summon the demon. However, she accidentally summons Rimuru Tempest from That Time I Got Reincarnated as a Slime. Initially confusing him for the Ruler of the Storms, Lilia soon realizes her mistake and tries to kill him. Rimuru escapes, and ends up running into the Seven Deadly Sins. After some misunderstanding, the Sins team up with Rimuru to find the other people from his world that were brought over by the portal and stop Lilia.

Lilia begins experimenting on the creatures coming through the portal, including Lizardmen and Orcs, stripping them of their sentience and transforming them into brainwashed minions. She then curses them, so that any damage they take will be converted into energy for her.

After the Sins and Rimuru find and team up with Rimuru's allies Milim Nava and Benimaru, they travel to find and defeat Lilia. They are forced to travel through a swamp, where Lilia has disposed of the corpses of the people she sacrificed. As the Sins look on in horror, they are attacked by Lilia's brainwashed minions, including the Orc Lord, who takes a lot of damage before dying.

The heroes make their way to Lilia's hideout, where she reveals the curse she placed on the creatures. She then resurrects the Orc Lord and has them fight it again. Having absorbed enough power, Lilia transforms into a much more powerful demonic form and attempts to kill the Sins and Rimuru. However, they overpower her, and Lilia returns to her human form and flees.

Lilia attempts summoning other villains from other worlds that share her ideas and mindset. The first is Valenti, who aids Lilia with weapons researching and eventually helps her find a crystal that can be used to power her summoning magic. The Sins track Lilia down, but she and Valenti escape.

Lilia and Valenti travel back to the nexus, and summon Eastin Anamabyllis to their aid. Eastin, Mono, and Valenti go out to lure the Seven Deadly Sins to them to fight. Lilia uses the nexus' power to ensure that, even if she falls, she will be resurrected as long as the portals remain open. She plans on summoning seven total villains, including herself, so that they may each exploit a weakness of the Seven Deadly Sins, forming the group the Seven Disasters.

However, Merlin arrives and captures Lilia. Eastin summons Mono, and the group break her out. Lilia plots their next move and sends her team to fight the Seven Deadly Sins.

Lilia is very arrogant and prideful, and desires to become the greatest magic-user in the world. She is not beyond committing mass murder and other deplorable crimes to get her way, and often looks down on her opponents and sees them as weaker than her.

Her pride and arrogance leads her to desire the destruction of the entire world, for no other reason than to prove that she can. When Rimuru asks her what her grudge is against her world, she tells him that she holds no grudges, she just wants to prove herself as the most powerful in the world. However, this arrogance also proves to be her downfall, as she underestimates her opponents and disregards their power. 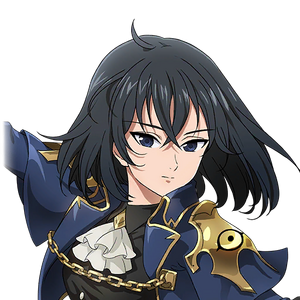 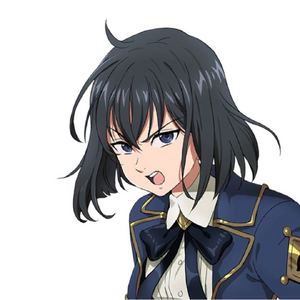 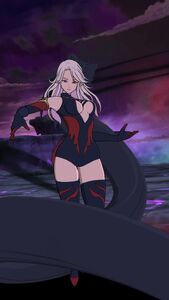 Lilia's demonic Awakened form
Add a photo to this gallery

Retrieved from "https://villains.fandom.com/wiki/Lilia?oldid=3947057"
Community content is available under CC-BY-SA unless otherwise noted.