Mundus' mistress and lover, owner of the Devil's Dalliance nightclub

Transport Dante to the Limbo.

Invokes Mundus's Seed from her navel.

Give birth to her son, Mundus's Seed (Frustrated)

Lilith is a sultry Demon and an antagonist in DmC: Devil May Cry. She is the owner of a popular nightclub that Dante used to frequent and infiltrates for purposes that have yet to be revealed. She is said to be Mundus' mistress, and as such is a somewhat high-value target to the Order, the Demon-slaying rebel group led by Vergil. While working towards Mundus' goals, Lilith also has been looking for ways to attain more power as well.

She was voiced by Robin Riker.

Lilith disguises herself as a sexually attractive woman with long blond hair and high cheekbones with large lips, but her hair is actually a wig and her skin is a loose pelt sewn together, which she often has to tighten. She uses heavy make up and wears a tight, lavender cocktail dress with a short skirt, and long, black opera-length gloves. She is also pregnant with Mundus' child, often patting her stomach speaking about what "they" should do. The Demon spawn gestating in her womb makes violent responses, thrusting itself beyond her abdomen and growling.

When she fights Dante, her baby emerges out of the threads on her back and sucks her into its body.

Lilith is Mundus's mistress, and spends her time having sex with Mundus and encouraging him to make the world his "bitch", just like she is. While Mundus does not value her for herself, he does value her as the bearer of his heir.

Mundus takes Kat hostage and tries to barter her to Vergil for "the Nephilim", Dante. However, having been informed by Phineas that Lilith is bearing Mundus' heir, Dante suggests that they instead kidnap her and offer to return her to Mundus for Kat, although Vergil has misgivings about squandering the opportunity to deal such a huge blow to Mundus for a mere human.

Lilith and her child after their defeat, were killed by Vergil.

Lilith has enough power to control and manipulate Limbo, to the extent of creating an entirely different world from the interior of her nightclub. She can communicate with Dante via her reflection on a disco ball that she telekinetically levitates.

She claims to be strong enough to gouge Dante's brain out.

She is more agile than humans as she is seen jumping from her balcony and onto her nightclub dancefloor.

As a powerful Demon, Lilith is able to manipulate Limbo and pull victims into it. In combat, however, she is rather weak, and is defenseless without her baby to do the fighting. 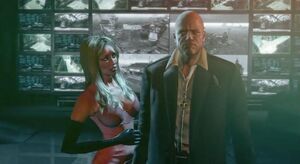 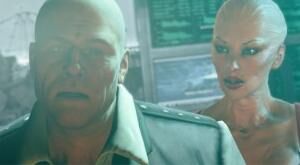 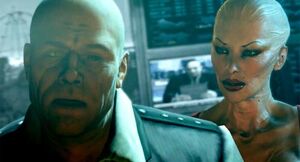 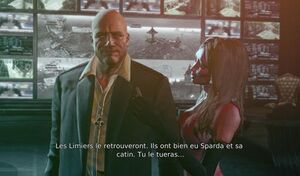 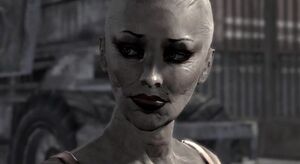