Release Lucifer from his imprisonment and bring about the Apocalypse (succeeded).

Help God in his desire to bring an end to the story of the Winchesters (failed).

Lilith is a demon from the TV series Supernatural, appearing as the main antagonist of Seasons 3 and 4, and a supporting antagonist in season 15. She is a powerful white-eyed demon and the second in command of Lucifer, being his first demon and the Queen of Hell.

Lilith was the first demon ever created, when Lucifer turned a human into an evil corrupted spirit (a demon) as revenge for God telling him to bow before humans. For this act, Lucifer was imprisoned in Hell by God, but he escaped and corrupted Cain and Abel, so for further corruption, God imprisoned Lucifer deep within the center of Hell. Lilith walked the Earth for a long time possessing and killing humans and converting them to Lucifer before she was imprisoned deep in Hell.

According to Supernatural books, Lilith once broke out of Hell sometime in her imprisonment and possessed the comely body of Sam's teacher, who he had a crush on, and she attempted to groom Sam for possession of Lucifer. However, Dean and John worked out what was going on, and Dean lured Lilith over to a railway, and they fought her, returning her to Hell.

In 1978, Lucifer, speaking through the corpse of a dead nun through a sacrifice, told Azazel to get Lilith out of Hell where she was imprisoned, as only she could get him out of Lucifer's Cage, in the deepest area of Hell, where he was imprisoned.

The Winchesters tortured a Demon in 2006 because he knew of Lilith's location in Hell and how she could be freed. Lilith was finally freed from Hell when Azazel eventually succeeded in opening the Hell's Gate when he convinced Jake, one of many whom he had given psychic powers, to open the Hell's Gate (since it was in the center of a giant Devil's Trap that a demon could not cross). Lilith was among the many demons who escaped. Unfortunately for the demons, Azazel was killed by Dean Winchester.

Lilith eventually became the new leader of the demons. After Victor Henriksen, who had been out to get Sam and Dean (believing them to be guilty of the murders committed by nearly everything supernatural) became caught in the middle and helped them fight off demons, Lilith entered, possessing a little girl, and killed him, along with those with him, in an explosion of light.

She was later revealed to be the demon who holds all the contracts whenever a person sells his or her soul to a demon, as Dean did to bring Sam back to life after Jake killed him. Sam and Dean began hunting down Lilith to kill her and end the deal. Lilith was possessing another little girl but eventually possessed the body Ruby was possessing. She set the hellhounds on Dean, which killed him and sent him to hell. Her power did not work on Sam, forcing her to retreat.

To release Lucifer, 66 seals needed to be broken. Once Alastair tortured Dean into breaking the first seal in hell, Lilith began breaking more seals while secretly having Ruby side with the Winchesters to motivate Sam into using his powers. At this point, the angels entered the battle, with Castiel bringing Dean back to life. However, the angels wanted Lilith to break the seals so that Michael and Lucifer can have their destined battle.

In the second last episode of Season 4, Lilith is revealed to eat babies which are prepared by her servant. Sam and Ruby had tracked her servant and torment her for information on Lilith's location. In the end, Ruby and Sam tracked down Lilith, who was said to be the only one who could break the final seal. Unbeknownst to Sam, Lilith was the final seal and Castiel rebelled against Heaven to tell Dean of this.

At the same convent where Azazel killed the nuns, Sam used his demon-killing power to attack Lilith. However, he was nearly stopped by Dean who was teleported there and blocked out by Ruby. Sam was about to relent though Lilith taunted him into continuing, with his powers Sam killed Lilith, and with her death, Lucifer was released once more. After her death, it is revealed that Ruby was secretly her ally the entire time, with only the two of them knowing it.

She and Ruby conspired to have Sam kill Lilith to break the seals, with Ruby getting him hooked on the demon blood. Sam and Dean kill Ruby as a result.

Ten years after her death, Lilith is brought back from the Empty by God so that she can help him with his plan to end the Winchesters' story. Possessing a young woman, her objective was to recover the Equalizer, the only weapon that could harm God, and that was in the Winchester's possession. So, pretending she was a target for a couple of werewolf brothers, she made the hunter brothers rescue her, only to have one of the werewolves to kill his brother and then himself. Everything was going well until she accidentally fell on deer antlers, impaling herself and causing her to unmask her cover and revealing herself to the Winchesters, telling them how she was alive and what she wanted.

After knocking out Sam, Dean tries to trick Lilith, by saying he will take her to the Equalizer. During the trip, Lilith ends up revealing to Dean the plans God has for him and his brother: he wants one of them to kill the other, the type of ending he likes the most. Arriving at the motel room, Dean ends up revealing to Lilith the weapon was not there and so, the demon, having enough of Dean's games, decided to execute on Dean the "death by a thousand cuts" as a way to make him tell her where the Equalizer is. It is then Sam appears and shots Lilith on the head with a devil's trap bullet, immobilizing her and planning to kill her with the Demon Blade, saying that he had already killed her once and so he could do it again. However, Lilith reveals to Sam she let him kill her and so she proceeds to cause an earthquake while starting to remove the bullet with telekinesis, causing the boys to run.

As they try to reach the Impala, they are immobilized by Lilith, who appears before them. Despite Dean's claims she will never get the Equalizer, Lilith begs to differ and she is able to figure out where the weapon is: inside the Impala's glove compartment. She is able to recover and, after the Winchesters' claim they will recover it, Lilith melts the weapon, destroying it. With her mission done, Lilith says goodbye to Sam and Dean and, after telling them they would meet again, she teleports away.

Sometime later, Lilith appears in a diner where Michael is after escaping from Hell. Lilith approaches the archangel, although it is currently his vessel Adam Milligan in control and enjoying a meal. Recognizing the demon, Michael quickly takes back control, disgusted to see Lilith who reminds him of their alliance to cause the Apocalypse. Lilith reveals that God has sent her to bring Michael to him, leaving Michael dubious that his father would work with Lilith. Lilith becomes insistent, grabbing Michael's hand. Fed up, Michael obliterates Lilith in a flash of white light, leaving behind only a pile of ashes. Michael then erases the memories of the diner patrons. Michael killing Lilith is sensed by Donatello Redfield who alerts the Winchesters. 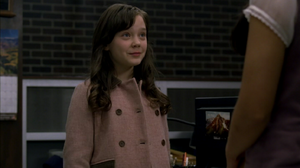 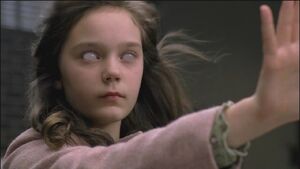 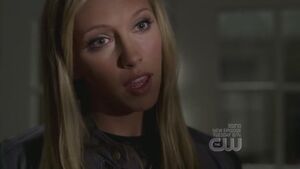 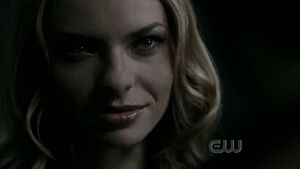 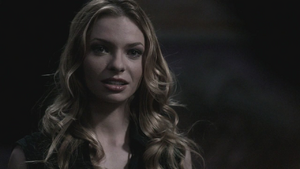 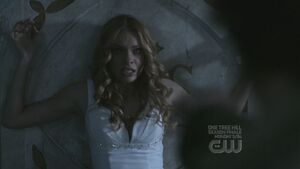 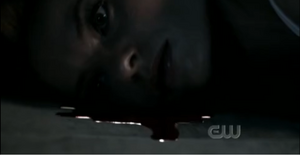 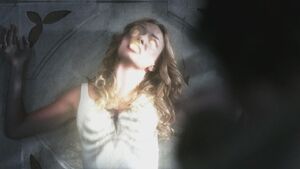 Lilith is killed by Sam's powers. 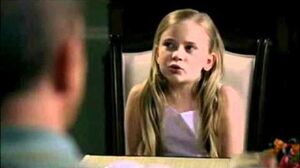