Villains Wiki
Register
Don't have an account?
Sign In
Advertisement
in: The Simpsons Villains, Female, Businessmen,
and 33 more

Many jobs she can take

Expert in the use of machine guns

Spending time with her friends and go to church

Help the Simpson Family to save Springfield (succeeded)
Rebel against Mr. Burns (succeeded).

Lindsey Naegle (often spelt "Lindsay Naegle") is an anti-heroine from the TV series "The Simpsons" and a minor character in the 2007 theatrical film The Simpsons Movie.

She is voiced by Tress MacNeille.

In the episode "The Itchy & Scratchy & Poochie Show", she had no name and was known only (at least on the Internet) as "The Generic Female TV Executive". She appeared again in "Girly Edition", also as a generic female TV executive (only her hair and facial features differed from her first appearance). In "They Saved Lisa's Brain", she was introduced as "Lindsey Naegle", a member of the Springfield Chapter of Mensa, and has since become a recurring character.

The writers modeled Naegle on a number of network executives that they have encountered while working on the show. The character gets her last name from Hollywood talent agent Sue Naegle, president of HBO Entertainment and wife of Simpsons writer Dana Gould. Writer Matt Selman chose the first name "Lindsey" because he thought it sounded like the name of an annoyingly talkative woman.

Naegle prototypes have appeared throughout the series, such as the OmniTouch Rep from "Make Room for Lisa" and Laramie executive Mindy from "E-I-E-I-(Annoyed Grunt)". She is a self-described sexual predator, her given reason for frequently changing jobs. She has been known to flirt openly with many men, including Ned Flanders, Kirk Van Houten, and Homer, though she even flirts in a business-like manner, describing her sex-appeal like a resume, offering contracts to lead to marriage, and arranging dates like business meetings.

Chris Turner, author of the book Planet Simpson, called Naegle "an excellent allegory for the modern corporate age: you don't see through her because there's nothing else to see." Her political allegiances are not concrete: In "You Kent Always Say What You Want," she is shown at the Republican Party headquarters. 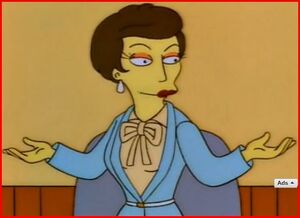 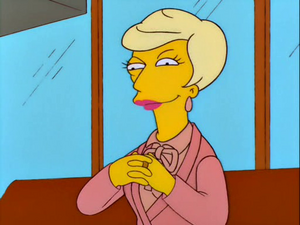 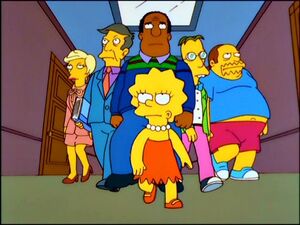 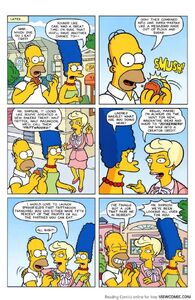 Lindsey in The Simpsons comics. 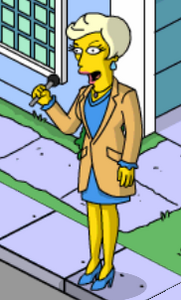 Lindsey in The Simpsons: Tapped Out 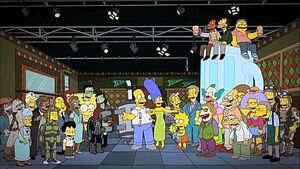 Lindsey in the "Treehouse of Horror" Series. 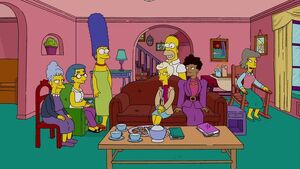 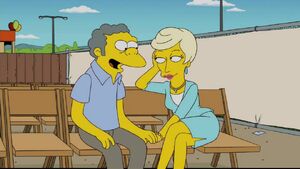 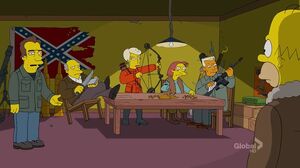 Lindsey and The Springfield Preppers. 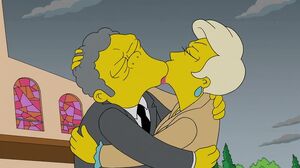 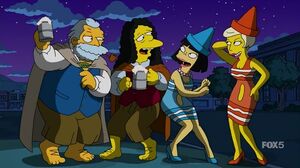 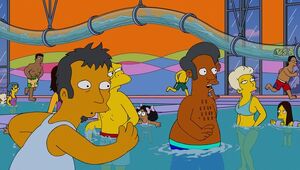