Death on the Nile

Steal Simon Doyle for herself instead of her best friend Jacqueline

Linnet Doyle, née Ridgeway, is the a major protagonist of Agatha Christie's 1937 Hercule Poirot novel Death on the Nile and its adaptations, with the novel of which is one of the most legendary works by Christie herself. She is also the novel's first and central victim.

Linnet Ridgeway is a rich and successful socialite, and the former best friend of Jacqueline de Bellefort and the wife of Simon Doyle, whom she intentionally stolen from Jacqueline and broke their friendship apart. It fueled the hatred from both Jacqueline and Simon, motivating them into killing her and take her money for revenge.

Linnet first appeared in the novel requesting Poirot for help, since she discovered that her former best friend, Jacqueline, was in a fit of murderous hatred towards her due to marrying Jacqueline's ex-lover, Simon Doyle. Although initially presented as a victim of the story, Linnet Ridgeway is actually considered as a villainous victim, like many other victims in Agatha Christie's works that are even worse and more despicable than their killers. In the 1978 film, it became more explicit since during her journey in Egypt in three days, there were three people (including Jacqueline) had obvious motives to kill her off out of despise.

Vainglorious, spoiled and deceiving, Linnet betrayed the friendship between her and Jacqueline by stealing Simon for herself, fueling both Jacqueline and Simon's motive into killing her for revenge and her money. In addition, Linnet had several other people's houses being demolished because she considered them to make her own property looked very unsightly. Even though most of the people agreed with her decision, there were others who refused to move. Linnet later compensated them to build new houses.

Alongside her maid Louise Bourget, because of her actions, Linnet is shown as one of the two unsympathetic victims of Death on the Nile, while Simon and Jacqueline are considered as two of the most sympathetic murderers in Agatha Christie's works. Even so, there are hints that Linnet is remorseful over her actions and treachery towards her former best friend. She was eventually killed by Simon, who already tried to steal her fortune and planned the murder alongside Jacqueline by faking his romantic feelings towards her. 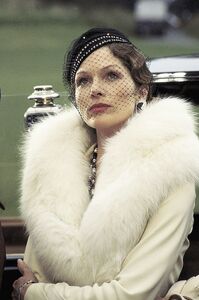 Linnet in the 1978 film.
Add a photo to this gallery 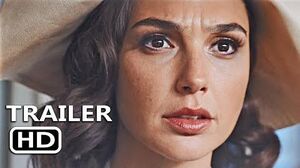 Retrieved from "https://villains.fandom.com/wiki/Linnet_Doyle?oldid=4127421"
Community content is available under CC-BY-SA unless otherwise noted.