Kill every remaining human in the Paradise refugee camp.

The Lion Orphnoch is a Riotrooper officer and a supporting antagonist in the Kamen Rider 555 film Kamen Rider 555: Paradise Lost. He was among the Riotroopers sent by Smart Brain to attack the human camp Paradise.

In the past, the Lion Orphnoch was among the Riotroopers who attacked Kamen Rider Faiz, chained him up and dragged him away as he was defending Mari.

As they got closer to the bus, the Lion Orphnoch leaped onto it and attempted to crawl in through a window, grabbing Keitaro and causing them both to tumble off the bus. 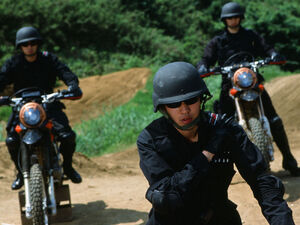 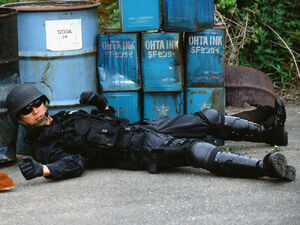 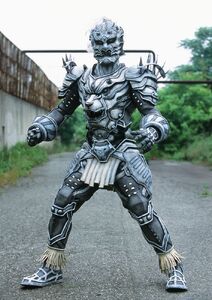 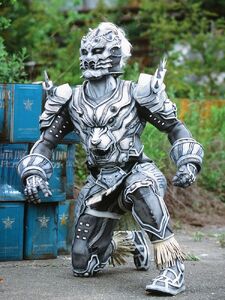 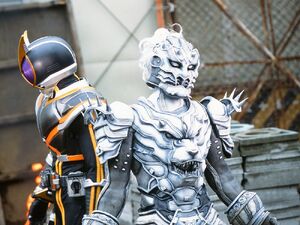 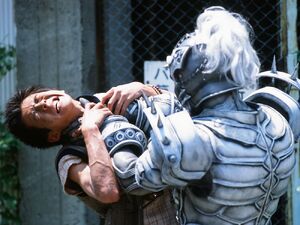 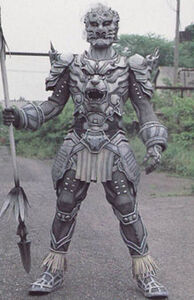