Trying to kill everyone who crosses her path.

Get revenge on Umbrella (failed).

As a result of the ingestion of various types of mutagenic viruses, Lisa's physical constitution was horribly deformed. Lisa's disgusting face is partially covered by the face of her mother who died at the hands of Lisa as she believed she was someone else so she killed her by removing her face and sewing it to her to find her mother and return it to her. One of his mysterious yellow mutant eyes can be seen through one of the holes in his mother's face sewn into her face. In some versions of the game it is possible to see their teeth. Its hump and the long extension of its arms give it an appearance similar to an orangutan. Lisa is wrapped in a tattered light blue hospital gown and her hands are held together by wooden handcuffs, as well as having broken chains on her feet. There is a clearly visible eyeball-shaped tumor on Lisa's back, a typical sign of the G-Virus. It also has tentacles, like the Nemesis T-Type, whose injection was the virus that would make it go down in history in Umbrella.

Lisa's mental condition, on the other hand, was completely unbalanced by viruses. This, added to the trauma generated by the death of her parents, completely destroyed the girl's sanity. Her heartbreaking moans and calls for her mother can be heard in the mansion, hinting at her animal nature. However, she was able to light a fire to warm herself, and write a few pages in her journal, indicating that she still had some basic survival skills and some not-so-basic ones like writing. Upon discovering Jessica's corpse, he was also able to bellow the word "Mother!" before leaping into the void next to the crypt, which didn't kill her either.

Some years after her birth, George was hired by Lord Ozwell E. Spencer, head of the Umbrella Corporation, to build a mansion complex in the Arklay mountains northwest of Raccoon City. It was intended to provide cover for an underground lab designed for viral experimentation. Over the years in which the mansion was constructed, Spencer grew paranoid that Trevor would leak his secrets, and in 1967, he had him thrown into a secret chamber to starve to death. Spencer had Jessica and Lisa kidnapped and used as test subjects for the Progenitor virus he had discovered in Africa. Jessica was administered Type A of the virus, and was killed when it had no effect. Lisa was administered Type B, and showed no immediate effects. Long-term, the virus caused her to degenerate mentally and physically. In order to placate her, stand ins for her parents were sent to visit her. However, she realized they weren't her real parents, so she ripped off their faces. She wore them as masks, intending to reunite her parents with their "real" faces. As Lisa continued to mutate, she became a favorite test subject for Umbrella, and many biological experiments were performed on her.

Over the years, it became apparent that Lisa had developed an immunity of sorts to Umbrella's various viruses. This attracted the attention of Umbrella researchers Albert Wesker and William Birkin in the late 1980s. Their research on Lisa led to Birkin's discovery that the original virus injected into her had mutated into something new, which had absorbed all the viruses she had been administered. Birkin extracted this new virus, and after some modification, named it the G-virus. After this discovery, there was an incident in which Lisa killed three researchers. It was decided that she was too dangerous for further testing, and was ordered terminated. She was taken to an undisclosed location near the mansion for termination, but she had developed an immunity to gunfire. She was only left for dead after attempts had been made to kill her with various weapons, with only a missile launcher having any effect. However, even this didn't kill her. Lisa took up residence in a dilapidated cabin on the Spencer estate. She wandered the tunnels and catacombs beneath the estate, eventually finding her mother's tomb in the mansion's basement. However, she was unable to reunite her mother with her "face," as the sarcophagus was held shut by chains, which were kept in place by four stones.

In June 1998, an Umbrella experiment called the t-Virus was leaked, and infected the entire staff, as well as animals nearby. The t-Virus caused them to mutate into zombies, and this led to several cannibalistic murders taking place in the Arklay mountains area. The Bravo team of the R.P.D.'s Special Tactics and Rescue Service (S.T.A.R.S.) was sent to investigate, but communication was lost with them. S.T.A.R.S. Alpha team was sent to investigate their disappearance. They were led by Albert Wesker, who was acting as a double agent for Umbrella. He led them to the mansion, where he hoped to collect combat data from the various monsters. Members of Alpha team encountered Lisa multiple times. When she confronted some of them in Jessica's tomb, they managed to open the sarcophagus. Upon viewing her mother's skeleton, Lisa became hysterical and threw herself into a nearby pit. Though she managed to survive.

As the remaining members of S.T.A.R.S. were escaping the facility, the auto-destruct system initiated. Wesker, who had faked his death in order to get away, had to fight his way past all the monsters to escape. Eventually he encountered Lisa, who, remembering him as one of her tormentors, violently attacked him. He presumably killed her, commenting sadistically how even she wasn't perfect. Though unknown to him, she managed to heal and resumed her hunt. Just as Wesker was about the leave the manison, Lisa blocked his path, intent on taking her revenge. After calling her stubborn, Wesker decided to find another escape and tried ignoring her, mockingly suggesting that she liked him. He managed to bring her down twice, only for her to heal both times.

Just as he was about to try the main exit, Lisa blocked his path again. Realising that he couldn't escape without dealing with her, Wesker finally decided to combat her. Using his new powers to dodge her attacks, Wesker used his gun to bring down the chandelier onto Lisa, and before leaving, mockingly asked her to finally stay dead. If the chandelier did not do the job, then Lisa's suffering was truly brought to an end when the facility was destroyed.

Lisa is set to appear in the upcoming 2021 movie and will be portrayed by Marina Mazepa. 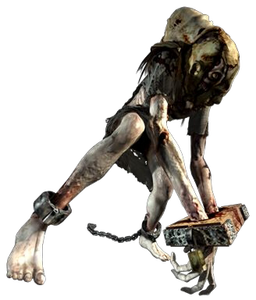 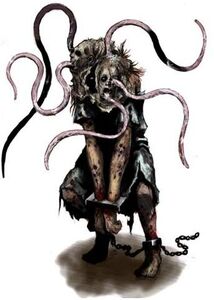 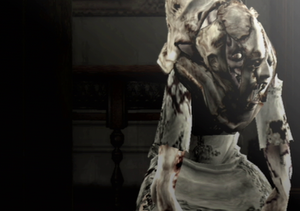 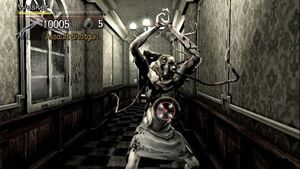 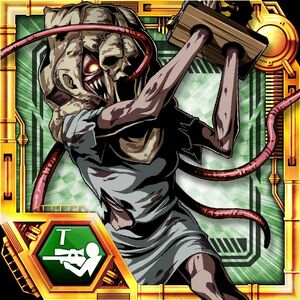 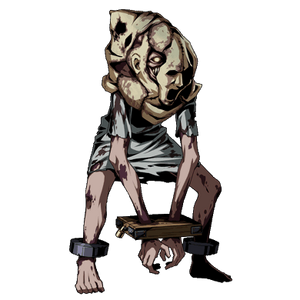 Lisa's Clan Master render.
Add a photo to this gallery 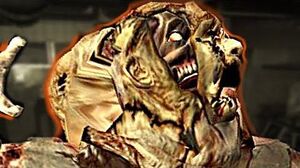 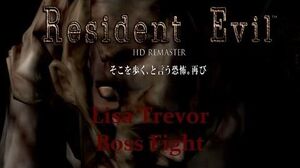 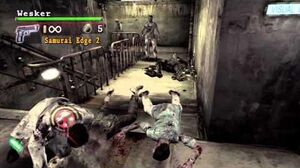 Retrieved from "https://villains.fandom.com/wiki/Lisa_Trevor?oldid=4154019"
Community content is available under CC-BY-SA unless otherwise noted.