Start a Wiki
Lita is a former WWE Diva and a WWE Hall of Famer who competed for WWE from 1999-2006. In her WWF/E career, Lita held the WWF/E Women's Championship on four separate occasions. Despite working as a babyface for most of her career, Lita is perhaps better known for portraying a villainess during the final year of her WWE tenure.

Lita's infamous heel turn took place on May 16, 2005, when she betrayed her on-screen husband, Kane, by helping Edge defeat him in the finals of the Gold Rush Tournament. At the time, Lita was involved in an outside the ring scandal where she had an illicit affair with Edge while she was involved with Matt Hardy. Due to the crowd reaction that she and Edge received, Lita was transformed into a villainess and put together with Edge on-screen. Lita revealed in the following week that she was cheating on Kane with Edge, and she verbally bashed him in front of the jeering crowd. Her villainous role included an encounter with her former boyfriend Matt Hardy, who feuded with Edge for weeks. In a backstage segment on August 29, the evil Lita taunted Hardy by flashing her cleavage and saying that he will never touch her ever again.

As a villainess, Lita was on the receiving end of many venomous barbs, most of them from John Cena, who was feuding with Edge over the WWE Championship in 2006. In August of that year, Lita defeated Mickie James to win her third Women's Championship, and she and WWE Champion Edge became the first championship power couple since Triple H and Stephanie McMahon. Her feud with Trish Stratus was resurrected shortly later, due to Lita revealing that Trish was leaving WWE before Trish herself got the chance to break the news. At Unforgiven in September, Lita lost the Women's Championship to Trish, who retired as champion.

Lita won a tournament to become Women's Champion for the fourth time, and she would spend her reign tormenting and bullying Mickie James. In an attempt to outdo Trish, Lita announced that she would be leaving WWE after Survivor Series, and she planned to do so as champion, just like Trish did. However, Lita lost the title to Mickie at Survivor Series, and received a very humiliating departure, when Cryme Tyme came out with a box of Lita's unmentionables and was selling them to the highest bidder.

The usually tomboyish Lita was portrayed as a provocative villainess who often showed off her assets. She also had no problems using her feminine wiles to get what she wanted as well. Lita was also a trash talker and carried herself with self-righteousness in her role as a villainess.

Lita made two brief returns to WWE in 2012 to feud with Heath Slater, and the fans cheered her once again, once again accepting her, cementing her redemption. Two years later, she was inducted into the WWE Hall of Fame by fellow former Diva and her real-life best friend, Trish Stratus. 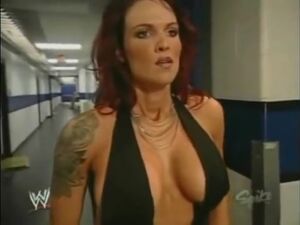 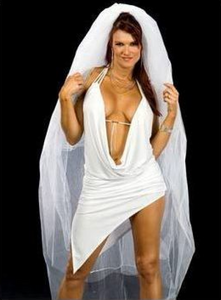 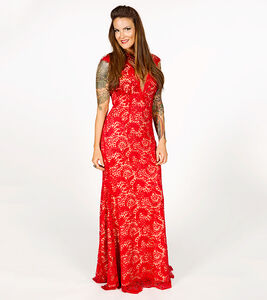 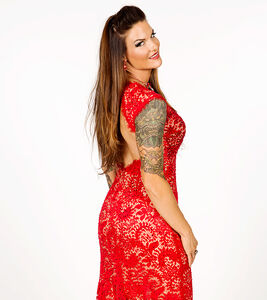 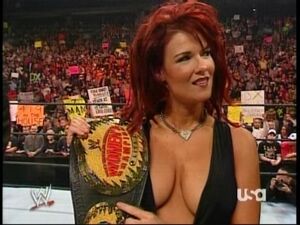 Add a photo to this gallery
Retrieved from "https://villains.fandom.com/wiki/Lita?oldid=3448324"
Community content is available under CC-BY-SA unless otherwise noted.