Little Dude is Finn's hat and the main antagonist of the Adventure Time episode with the same name.

It was given life when Finn dropped it near a flower at the swimming hole in the Cotton Candy Forest, which was growing on top of the head of the Ancient Sleeping Magi of Life Giving. The Magi had buried himself to keep things from touching him, because when they do they're brought to life, but are infused with an evil spirit. Finn and Jake bring Little Dude home with them, where he attempts to climb on BMO's head and turns all the food on their table into poo. Afterwards, the Magi comes to the Tree Fort, allowing Little Dude to escape to the Candy Kingdom. Finn, Jake, and the Magi follow him, where they find him possessing a Candy Person, who has been warped into a muscular figure by Little Dude. The Magi explains this by saying, "Whomever the hat possesses gains the proportional strength of a hat!"

Little Dude then starts rampaging through the Candy Kingdom, breathing fire and using runic lasers that cause large explosions. He is stopped when the Magi infuses objects, including a building and Finn's pajamas, with a good spirit by thinking of his mommy, who then climb onto the Gumball Guardian and pull Little Dude off. The Magi returns all of their life forces to himself, but Finn feels sorry for Little Dude, so he asks the Magi to bring him back good. The Magi does so, and Little Dude says, "Whoa, what is this magical place?" Jake replies by stretching into a random form and saying, "Life, man!" Finn tells the Magi to keep good care of him, and the Magi promises to take better care of Little Dude then his father did him.

Little Dude is Finn's hat which has been animated by the Ancient Sleeping Magi of Life Giving, so he looks just like Finn's hat, except it has four legs and a face. It can only say "Nyang" when evil, but can talk normally when he was brought back good.

Little Dude has the ability to possess anyone by climbing onto their head and making them wear him. Who ever he possess gains the proportional strength of a hat, stated by the Magi. Little Dude also has the ability to eat any food and poo it out looking exactly the same as before he ate it. These powers were displayed when Little Dude was evil, so we don't know if he still has these powers when he was re-animated good. 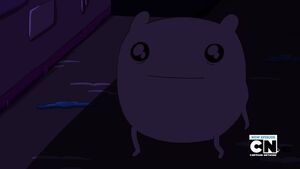 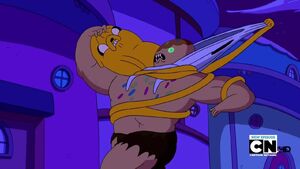 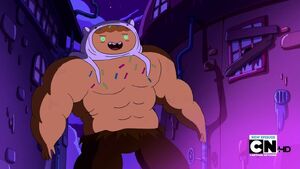 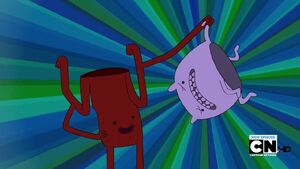 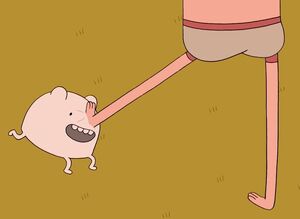 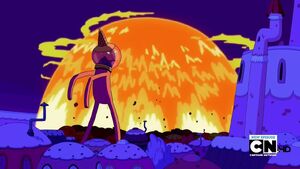 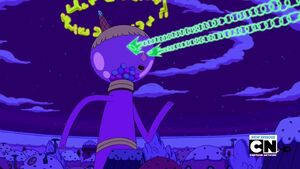 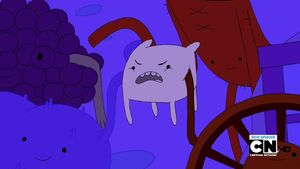 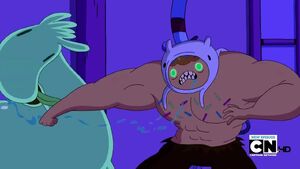 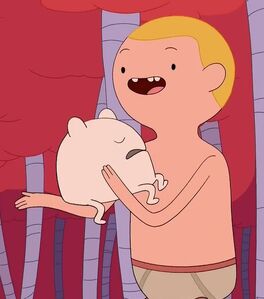 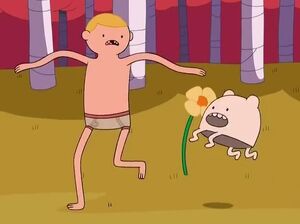 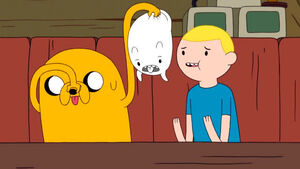