Obtain as much money as possible.
Track down Teams RWBY and JNPR.

Little Miss Malachite (also spelled Lil' Miss Malachite) is a minor antagonist from the American animated webseries RWBY and serves as one of the main antagonists of the prequel novel "RWBY: Roman Holiday". She is a crime lord and leader of The Spiders, a crime syndicate in Mistral. She is also the mother of the twins Melanie and Miltia.

She is voiced by Luci Christian.

While most of Little Miss Malachite's history is unknown, it is know that she has been a crime boss in Mistral for a very long time. She claims she was one afraid of spiders, but later got over the fear by making them "work for her". Her crime syndicate took the name of "The Spiders" and their emblem/tattoo was designed to resemble a spider on a web.

After finding out who Cinder is, Little Miss Malachite decides to give her her information, but simultaneously sell her out to Neopolitan, who is looking for her and seeking revenge for Cinder's involvement in Roman Torchwick's death. When Cinder comes back for her information, she is attacked by Neo and Little Miss only asks that they take it outside. The two do battle, but Cinder offers Neopolitan the chance to help her take out the "true" perpetrator of Roman's death: Ruby Rose.

In the board game RWBY: Combat Ready, Little Miss Malachite is included as a sub-boss. She was added after a successful Kickstarter campaign to add an antagonist that had not been introduce proper in the series yet.

Little Miss Malachite is rough and violent, especially to outsiders or people who disrespect her. However, she does show a level of sophistication, as she can accept fair conversation and even offer advice to other criminals and villains. However, she is very manipulative, as she can play those around her into trusting her when she is keeping things from them. 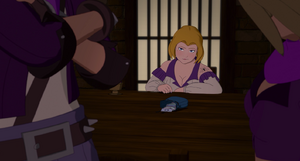 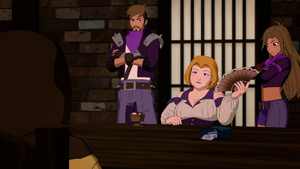 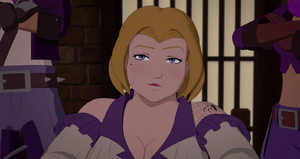 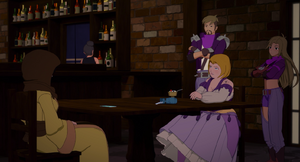 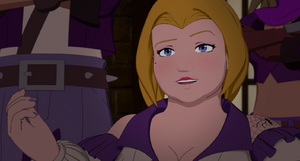 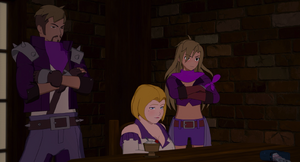 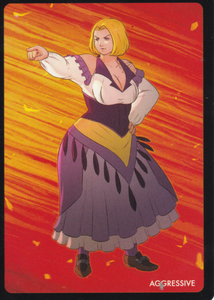 Little Miss Malachite on a card for the board game RWBY: Combat Ready. 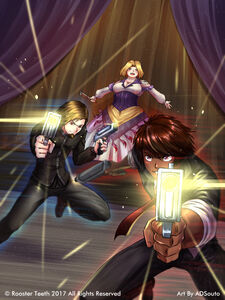 Little Miss Malachite with her henchmen on a card for RWBY: Combat Ready. 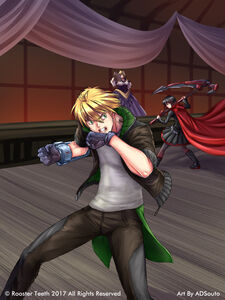 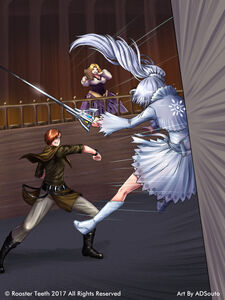 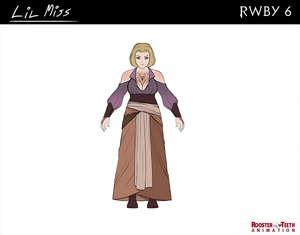 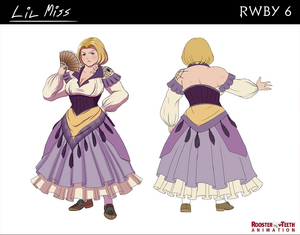