The Living Hotdog is a recurring antagonist in Klay World. The hotdog was brought to life by the God of Hotdogs, but it eventually a man-eating creature and starts eating Klaymen's toes.

The God of Hotdogs appears and tries to help the hotdog employee, using his magic on the hotdog. However, this backfires as he turned the hotdog into a man-eating monster. After brutally murders two Klaymen, it is devoured and killed by a Klayman who was hungry.

In the extended version, Jason removes the bandages on his hand, revealing it turned into a hotdog and also saying he was bitten by one. The hotdog takes control over Jason's body and decides to chase after Jason's friend, attempting to eat his toes. 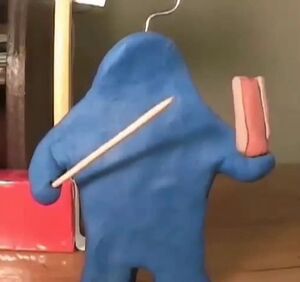 The God of Hotdogs preparing to cast a spell onto the hotdog. 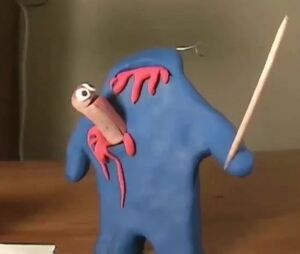 The Living Hotdog killing The God of Hotdogs. 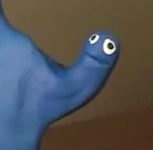 The Living Hotdog appears as Jason's new hand.
Add a photo to this gallery 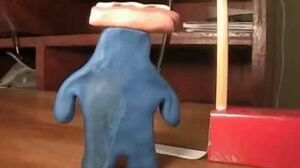 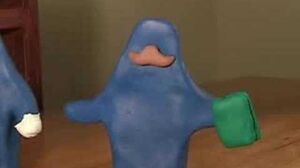 Retrieved from "https://villains.fandom.com/wiki/Living_Hotdog?oldid=3440268"
Community content is available under CC-BY-SA unless otherwise noted.