Murder, eat and scare anyone who sets foot in Collingwood.

1. A girl whose face is recognizable as human, but appears bruised; as the group approaches the girl, she turns in their direction and screams, her face contorting into a ghostly visage.

2. A girl emerges from a blood-filled bathtub and pulls in one of the members of the paranormal investigation team. He disappears along with the apparition, having apparently ceased to exist in the physical world.

3. A male patient whose tongue had been severed by unknown means appears to Lance Preston; the patient is clinging onto the wall, blood pouring from it's mouth. It proceeds to chase him throughout the hospital.

4. A corporeal image of Dr. Arthur Friedkin and two nurses in the midst of conducting a lobotomy on a patient in an operating room. Dr. Friedkin appears before Lance Preston and confines him to an operating table before lobotomizing him. They appear to be tall, pale-skinned humanoid creatures that haunt together the Collingwood hospital in the night along with ghosts. They might even be undead patients and residents of the hospital.

Unlike all other creatures in the hospital, patients appear to have flash and they are very likely visible to the human eye. They look very similar to a human being combined with a ghoul or zombie.

The Living Patients have quite pale skin, totally black eyes, and grossly enlarged mouths. It appears that they don't have teeth at all, but they are seen most of wearing clothing of patients or doctors.

They also bare some similarities to SCP-096, both are tall, pale and quite thin in appearance, and both appear to be quite hostile towards people.

The Living Patients behavior most resembles a zombie. Once they see a human they would instantly attack them, hunting them down. Their methods on humans are either killing, eating or just scare them and simply leave them alone & send the victims to Dr. Friedkin.

Sometimes their faces appear to be of a patient or a doctor until their face turns to the normal form to make the victims fear them.

Apparently as shown in the second film, they can’t exit the building because they’ll die by exploding therefore implying that there’s a boundary for them to not cross. 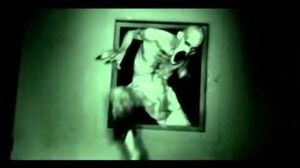 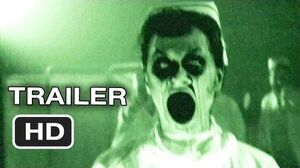 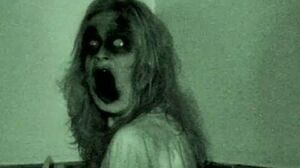 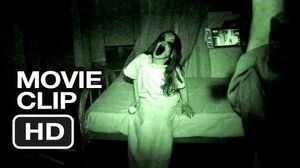