Lloyd Halverson is a minor antagonist in Disney's 1994 film White Fang 2: Myth of the White Wolf. He is a surly trapper from San Francisco who wants to rob Henry Casey and kill White Fang.

He was portrayed by the late Matthew Cowles.

After Henry and White Fang's attempt to hunt a goat, they catch Lloyd trying to sneak in their home. Lloyd introduces himself and claims that he hates his land.

As Henry and Lloyd talk about why Jack moved back to San Francisco due to the 1906 earthquake, Lloyd tries to distract Henry and pull out his gun to shoot Henry, only to be stopped by White Fang. As White Fang and Henry confront Lloyd, he flees.

Lloyd later returns with a trap to kill White Fang. Lloyd tries to aim at White Fang until a fly buzzes in his ear. White Fang sneaks on him and confronts him as Lloyd falls onto his own trap.

As he tries to escape from White Fang, he runs into Henry and begs him to get his trap off his buttocks or shoot him where he lies. Henry pulls the trap off of him and Lloyd limps away in pain. 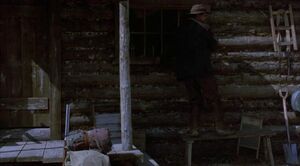 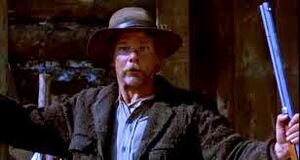 Lloyd being confronted by Henry. 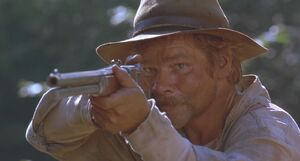