Lloyd Paulson is a minor character in season 4 of the TV show Dexter, only appearing in the Season Four episode "Hungry Man".

He was portrayed by an unknown actor.

Paulson was a mugger who attacked and killed a woman named Mrs. Haas while trying to rob her. He got away with it because the police were unaware of his existence and could not match the DNA on the body up to Paulson.

Ten years later, the police opened an investigation into the Trinity Killer, who they believed was killing people in the area. Not believing that the police could still be looking for him, Paulson gave his DNA to a police officer to help with the investigation.

However, he was wrong and the investigating officer for the murder of Mrs. Haas, Sergeant Angel Batista, matched the sample he gave to the DNA on the body and Paulson was arrested. 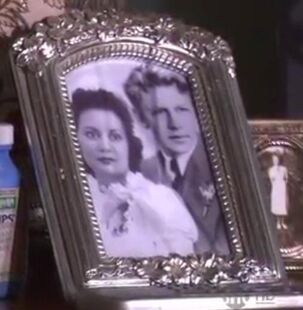 Mrs. Haas with her husband, Carl Haas.
Add a photo to this gallery

Retrieved from "https://villains.fandom.com/wiki/Lloyd_Paulson?oldid=3786737"
Community content is available under CC-BY-SA unless otherwise noted.