Lobo, refering to himself as The Main Man, is a minor villain in the second season of Young Justice. He is an intergalactic bounty hunter.

Lobo is voiced by David Sobolov.

In 2016, Lobo arrives on Earth to carry out a mission.

Lobo attacks the headquarter of the United Nations, fighting his way through to the office of Secretary General Tseng. Although the Young Justice Beta team is alerted, they come too late. Lobo enters the office where one of Tseng's last remaining security guards fires his machine gun at him. Lobo is completely unaffected by the bullets and strikes down the man with an energy beam from his hand. Once Lobo realizes that Tseng cannot understand him, he activates a translator module. He then tells Tseng to surrender or die, but before he can execute Tseng, he is suddenly attacked by Wonder Girl. While Wonder Girl fights Lono, Batgirl brings Tseng to safety. Although and Batgirl escape through a secret elevator, Lobo easily throws Wonder Girl out of his way and pursues Barbara and Tseng. He confronts them in the central chamber but is once more attacked by Wonder Girl. It comes to a brief battle between the two women and Lobo and Lobo manages to get rid of them both long enough to reach Tseng. He grabs Tseng and, to the horror of the heroes, rips him apart. To their surprise, Tseng is revealed to be a robot which contains a small alien. Lobo grabs the alien and, stating that his contract is complete, leaves by having his bike blast through the walls of the building.

Claiming that Barbara's and Wonder Girl's world is now their world once again, Lobo then leaves the planet with his captive in order to cash in their reward. In the Watchtower, Hal Jordan later reveals the identity of Lobo to the rest of the team. 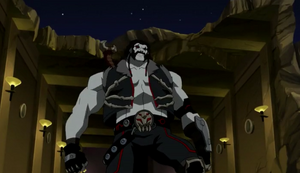 Lobo arrives at the UN headquarter 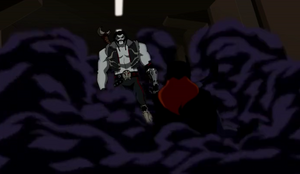 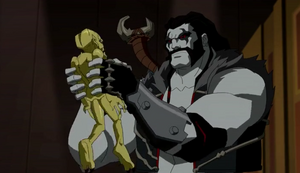 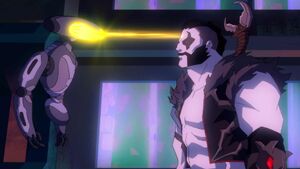 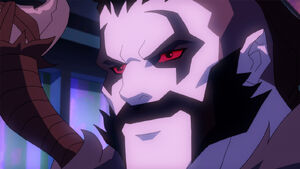