Lyle Bolton, better known by his alias, Lock-Up, is a DC universe villain and an enemy of Batman. First appearing in Batman: The Animated Series, he would later be adapted into the mainstream comics. Unlike most of Batman's villains, Lock-Up is not so-much a supervillain as he is a vigilante who employed methods that were extreme even by Gotham City's gritty standards.

Lyle Bolton was a security guard employed by Bruce Wayne and given the chance to watch over the inmates of Arkham Asylum due to his great skill in security work. Unfortunately, Bolton abused his position to torture the inmates so brutally that even Scarecrow, the master of fear himself, was rendered terrified of him and broke out of Arkham simply to get away from him.

Upon seeing Scarecrow's fear, as well as becoming suspicious himself of Bolton's behaviour, Bruce decided to hold a hearing on Bolton - which had several Arkham inmates testify against him (Harley Quinn, the Ventriloquist and Scarecrow). At first the inmates were intimidated by Bolton's presence and would not testify against him. Sensing this, Bruce used a psychological trick by saying upon hearing of Bolton's praise, he would extend Bolton's stay. This prompted the inmates to snap and they desperately pleaded with Bruce and the others not to let Bolton back, telling them the truth about how he denied them basic human rights and punished them even when they behaved - this enraged Bolton and he flew into a rampage in which he assaulted innocent people and threatened the inmates in plain sight of the city mayor and many witnesses. After being restrained, Bolton was removed from his position.

A few months later, Bolton, still embittered, began to see all of Gotham City as corrupt and favoring the criminals over his draconian version of "law". Thus, Bolton adopted the Lock-Up persona and began to kidnap those he felt were responsible for Gotham's plight and kept them prisoners in his own make-shift (yet very advanced) jails.

Having crossed the line from an abusive warden to an outright terrorist, Lock-Up got into a confrontation with Batman and Robin - ultimately ending in Lock-Up being incarnated in Arkham Asylum. However, despite being mocked by his former victims (especially Scarecrow), Bolton was pleased with his fate as he felt he could now watch over "his" prisoners better. 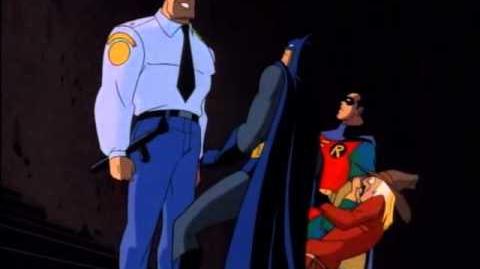 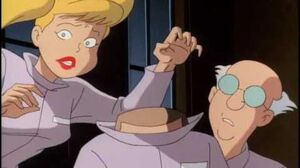 Harley Quinn - victim
Add a photo to this gallery

Lock-Up being incarcerated in Arkhamt confirms Bolton was also criminally insane as Arkham is not a prison but a psychiatric ward for supervillains.

Retrieved from "https://villains.fandom.com/wiki/Lock-Up?oldid=3446463"
Community content is available under CC-BY-SA unless otherwise noted.