Obtain the Forbidden Fruit for himself to become a god.

Lock Dealer Sid is a major antagonist in Kamen Rider Gaim. He is a Lockseed dealer for the Yggdrasill Corporation who sells Lockseeds to the youths of Zawame City in order to facilitate the Inves Games. With his Genesis Driver, Sid can use the Cherry Energy Lockseed to become Kamen Rider Sigurd. Secretly, Sid seeks to claim the Forbidden Fruit of Helheim Forest for himself to become a god.

He was portrayed by Kazuki Namioka, who previously played Demon Knight in Genseishin Justirisers.

When Sid was approached by Yuya, he gives him the Sengoku Driver, which then led to Yuya ending up in the Helheim Forest. He is also the last person who saw Yuya, before he mysteriously disappears after gaining the belt from him.

Kouta and Mai visits him in Drupers and asked him about the Sengoku Driver. He tells them that the belt works for whoever the first to wear the belt was, which only locks to the first wearer. Sid then would give them Lockseeds to help them win, but Kouta and Mai couldn't buy the Lockseeds.

As he hears that Team Baron is losing badly, Sid offers Kaito the Sengoku Driver, along with the Banana Lockseed. Sid later appears just as Armored Riders Gaim and Baron are about to fight as he changes the rules when more Armored Riders joins the game and gave each of them a Lockvehicle.

Mitsuzane approaches Sid and buys a Sengoku Driver from him. Sid then discloses that he knows about his brother and father and how that they are members of the board of the Yggdrasill Corporation. Mitsuzane convinces Sid to give him the belt, which made Sid take a liking to the boy. He then left the belt behind and told Mitsuzane to return it, if he was his old self.

As he overhears from Hideyasu that they want to be on the same level as Kaito, Sid offers Sengoku Drivers to Ryoji and Hideyasu. In Takatora's limo, Sid shows Takatora a list of "test subjects" that have the Sengoku Driver, but he decides not to see the list as Sid leaves the car. Sid then begins plotting something, as he knows that Takatora's younger brother is a user of a Sengoku Driver and that he could use this knowledge to his advantage. How he plans to exploit this information for his own intentions is unknown at this time.

Sometimes later, Sid gives the Sengoku Driver along with the Durian Lockseed to Sonomura, the leader of Team Red Hot.

Sid visits Team Gaim's garage as he would ask if Mitsuzane stole the Suika Lockseed. Mitsuzane tell Sid that he might steal the item from his brother and saying that he and Sid are "friends".

After the Armored Riders finish their game in the forest, Kouta and Mitsuzane give him a box of Lockseeds and the former tells Sid that they are no longer their test subjects. After Kouta and Mitsuzane leave, Sid remarks that "it's time to close up the shop."

Later, Sid was in a meeting along with Takatora, Ryoma, and DJ Sagara (as a hologram) about the disease that the citizens are having.

Sid and Takatora were in a meeting about the Genesis Driver, until Takatora got a call about Hase's madness, which ended their meeting. He later arrives along with Takatora, Ryoma, and Yoko as they transform, and he, as Sigurd, fought the Inves without mercy. After he finishes off the Inves, he cancels his transformation and reveals himself to Kouta and tells him that he was doing "justice", before the Kurokage Troopers appear and take Kouta away.

Before Kouta could enter the Crack, Sid appears to stop him by force. They transform as they start fighting when they entered the Crack. He manage to overpowered Gaim, but Baron arrives as they overpowered Sigurd before they escape. As he prepares to finish of Gaim and Baron, Marika stops him as Yoko tells Sid that she is following Ryoma's orders.

Later, Takatora was upset about Sid giving the Sengoku Driver to Mitsuzane without his permission as Ryoma appears on screen telling his reason of letting Kouta and Kaito escape. Ryoma then noticed that someof his equipment is missing as Sid suspects that one of their comrades had something to do with their escape. After Gaim finished off the Inves, Sid discovers where the missing items (the Genesis Core and Lemon Energy Lockseed) are.

Later, Sid got a call from Takatora about Kouta and Kaito sneaking into the Helheim forest. He, along with the Kurokage Troopers arrive in the forest and remove Kouta and Kaito from the forest. As they reentered the forest, Sid transformed to stop them, but they flee. While searching for them, Gaim surprise attacks them as Sigurd stops Baron, however he was overpowered by Baron in Suika Arms. As Kaito enters the Yggdrasill tower, Sigurd appears to stop him, but Ryoma appears as he tells him that Kaito is their "guest".

Later, Sid discusses with Yoko about Yggdrasill's plan and the future that holds the company.

After hearing Kaito's opinion about the golden opportunity to destroy the weak, he discussed with Ryoma about killing Kouta as he noticed that Kouta would get in their way of creating a perfect world. Ryoma says as long as he get data Sid can do as he pleases. Sid sold the Lockseeds to the criminals and found Kouta. He told Kouta about their (but Sid lied that Yggdrasill is the culprit) true goal was to bait all of the Helheim creature and destroy them alongside Zawame City, stating that was true heroism doing which angered Kouta. The misunderstood and enraged Kouta fought him with Orange Arms at first and Sigurd easily defeated him. However, Kouta stood again and using Jimber Lemon Arms and Sigurd was defeated by the enhanced Burai Kick from Gaim. Disbelieving in his defeat, his Cherry Energy Lockseed was confiscated by Kouta. Before Sid could be beaten up by Gaim, Ryugen helped him in the shadows by calling a Elementary Inves to help him escape.

Later, Mitsuzane told the group that DJ Sagara is responsible for helping Kouta to continue fighting. The group didn't believe him as he also informed the creatures that were more dangerous than the Inves, as Sid, along with Ryoma and Yoko suspected that Kouta knew about the Overlords. After the meeting, they were wondering about Sagara's identity as Ryoma ordered Sid to stop Kouta. As Gaim enters Helheim forest, Sigurd arrived to stop him as he uses his own Lockseed to summon the Suika Arms to fight Gaim. However, Gaim easily destroys the Suika Arms with Kachidoki as he changes into Jimber Cherry Arms and quickly attacks Sigurd as he continues to search for the Overlords.

Sid walked with Ryoma and Yoko into Ryoma's office and was shocked to see DJ Sagara sitting there as he informed the group of his origin. Sid, along with Yoko enters Ryoma's office as he suspect that the Overlord made their move. He then enters the forest and attacked Gaim, however Zangetsu Shin stopped him by force as he lets Gaim search the Overlords. They cancel their transformation as Takatora decides to let Kouta join their group, much to Sid's surprise.

The plan of eliminating Takatora was a success, however Sid reveals his true colors to take Takatora alongside with Ryoma and Yoko, and eventually he destroys the Crack lab (also most of their Lockvehicles) to find the forbidden fruit before Ryoma does.

Later, Sid was found by Mitsuzane as he asked him to help him to stop Kaito from searching the Overlords while he deals with Kouta. He manage to find Baron as they fought, however Sigurd was weaken by Baron in Lemon Energy Arms. While fighting Baron, Mitsuzane inform Sigurd that one of the Overlords had arrive where he and Gaim were as Sigurd was about to escape. Sigurd arrive where the Overlord was as he fought the monster, however Baron appears as they resume their fight. Overpowered by Gaim and Baron, the Overlord manage to escape as it enters the Crack where it leads the creature to Zawame.

After the Over Lord enters Zawame, Sigurd and Zangetsu Shin encountered another Over Lord, Redyue as he demands her for the Forbidden Fruit. The Over Lord then fought them, but loses the match as she lets them follow her to the location of the Forbidden Fruit. Once in the ruins, Sid meets Rosyuo and is surprised to see Takatora as he transforms and fought the Over Lord. Overpowered by Rosyuo, Sigurd's equipment started to dissolve as Sid meets his end when Rosyuo blows him against a rift between walls and subsequently crushes him by having the walls converge on him.

One of Takatora's subordinates. At first, Sid is loyal to him in carrying tasks. As seen in the beginning, he and plays a major role in Inves Games where he sells Lockseeds at the Drupers in order for Yggdrasill Corporation to conduct an experiment on the Lockseeds. When Mitsuzane becomes Armored Rider Ryugen, Sid tries to keep this as a secret for a while at the same time gains an awareness of the boy's darker personality.

Like his employer, Takatora, Sid also show poorly-veiled arrogance and condescendingly refers to the other Armored Riders as immature "children" and he along with his friends as the "adults", despite the fact that two of them are of legal age. He also seems to be calm and act cool in dangerous situations, as seen when Takatora was furious at him for keeping Mitsuzane's double life as an Armored Rider a secret.

He also seems to have some degrees of being a sociopath, as he takes great amounts of pleasure smacking around those weaker than him as Sigurd, as well as taking bloody payback when he's smacked around. When enraged or annoyed in a fight, he tends to not hold back on his strength for payback, not caring if he could potentially kill the one he's fighting. He also takes great delight in messing with people's heads, and shows no empathy to anyone but himself.

Later, it will be revealed that his, Ryoma, and Yoko's mind of saving the humanity are nothing but ridiculous when Kaito announced his opinion that the world has no need to be saved. He even decided to get rid of Kouta as he sees him will be the one who get in the way of their goal.

This form is briefly seen during Sigurd's transformation sequence, before the armor attaches. However, this form is completely vulnerable to any incoming attacks when shot at directly in the suit, rather than at the Arms that is descending down on the Rider.

Cherry Energy Arms is Sigurd's default cherry-based armored European Viking form. Accessed through the Cherry Energy Lockseed, this form's Arms Weapon is the Sonic Arrow, while the helmet Sigurd wears is the Cher Headpiece with the Steering Eye visor. This form debuts in episode 14. 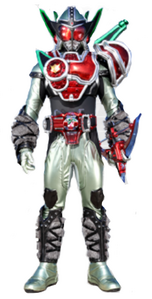 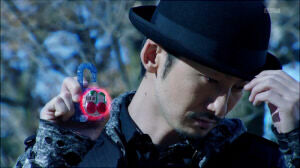 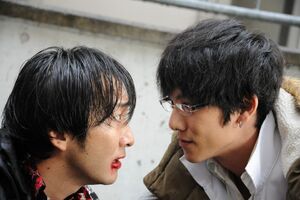 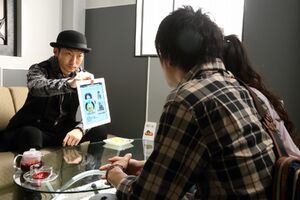 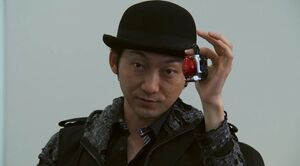 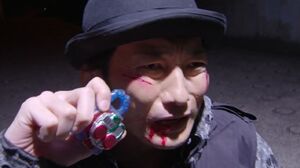 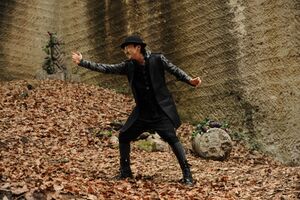 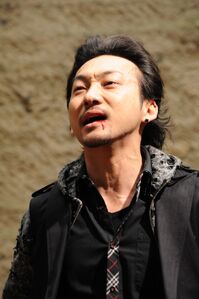 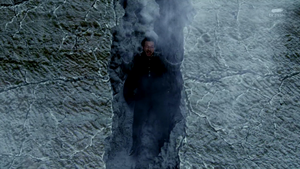 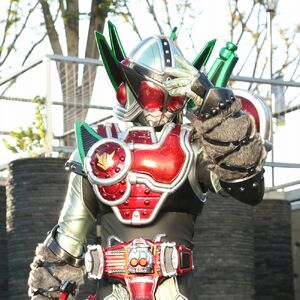 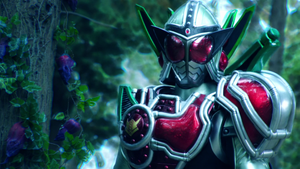 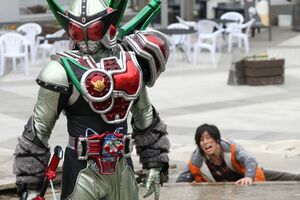 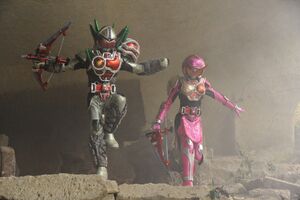 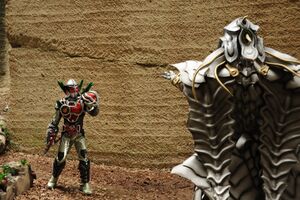 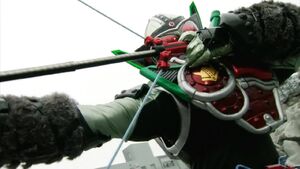 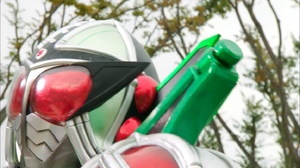 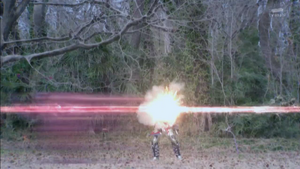 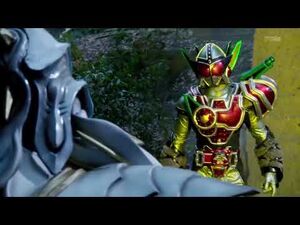