Secondary leader of the Four Horsemen of the Apocalypse

Seek revenge against the town of Lake Ravasu.

Marry Luc Crash.
Become the most powerful psychic.
Become The Devil's consort.
Bring about the Apocalypse (all failed).

Lola Byrne is the girlfriend and later wife of Luc Crash and she is the secondary antagonist in the 2005 sequel The Crow: Wicked Prayer. She is part of a Satanic gang of local bikers called "Horsemen of Apocalypse" as well as its secondary leader next to Luc.

She was portrayed by Tara Reid.

She is responsible for the murder of both Jimmy Cuervo and his girlfriend Lily, but she realized that her boyfriend's killings to goal have to become demonic in order to complete a ceremony including the ritualized wedding of both him and her in which she becomes a very powerful psychic and him becoming the incarnation of The Devil on Earth. Their wedding was presided by her former pimp El Niño and witnessed by his massive local cult, the Order of Death, at the Our Lady of Inequities church. All the cult members died during the Crow's attack on their "church". And El Niño, after the successful Satanic ceremony, died at Lola's hands for a lifetime of abuse she suffered for dealing with his "clientele" and given "a little cherry for a cherry" after each sex.

In the end as they both began to lose their powers, Lola prayed to God while Jimmy defeated and killed Luc in retribution. She was later arrested and taken to jail for her crimes. 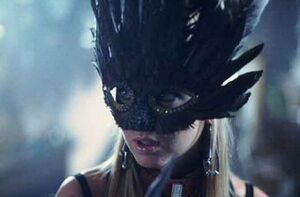 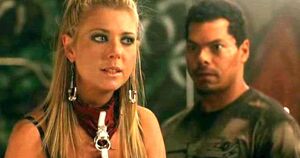