Villains Wiki
Register
Don't have an account?
Sign In
Advertisement
in: Outdated Articles, Rejected Evil Articles, Evil from the Past,
and 28 more

Teleportation
Magic
Creating an energy hologram of himself

Acclaim the Eyes of the World to become Aesir (briefly succeeded).

Take over the universe (failed).

Appearing to Loki multiple times throughout his and Bayonetta's travels through Noatun, he also appears at the top of Fimbulventr, watching over the events unfolding below and directing the Masked Lumen and the angels to guide Loki towards him. Loptr must be fought three separate times in the game and once again after he becomes Aesir.

He was voiced by T.J. Ramini.

Prior to the events of the Bayonetta series, Aesir decided to reveal to the humans below the true nature of their existence and split his power between them to create the Eyes of the World. However, in doing so, Aesir also split his very soul into two separate beings: Loki and Loptr. In order to protect the balance that the split had given the world, Loki was tasked with the Sovereign power, the power to control the Eyes themselves. Loptr was given the Prophetic power, being able to use his powers of the Remembrance of Time in order to keep track of the world's progression. However, Loki and Loptr were also composed of good and evil virtues respectively and Loptr would eventually begin his scheming in order to become Aesir once again.

During the Witch Hunts, Loptr in his child-like state would be the one to kill Bayonetta's mother, Rosa. Because of his similar appearance to Loki at the time, he would use this event to manipulate a young Balder into doing his bidding 500 years later after bringing him from the past.

Loptr brings the past version of Father Balder to his time and explaining that he knows the one who is responsible for Rosa's death, offering the Sage a chance at revenge. He then oversees the events of the game unfold, battling Bayonetta and appearing to Loki in his visions, trying to bring the boy to him in order to absorb his Sovereign power and regain the Eyes.

When Bayonetta and Balder both reach Fimbulventr after Loki has been lured there, Loptr explains the true nature of himself and his other self and absorbs the Sovereign power from his 'better' half. He takes Balder's Right Eye and then battles Bayonetta, eventually overpowering her and taking the Left Eye. Upon this, Loptr transforms and becomes Aesir once again, with the intent to rule over the human world.

After a long fight with Bayonetta, Loptr is unaware that Loki has a trick up his sleeve. As Loki explains that Aesir's true power is over nothingness and the ability to "unmake" anything he chooses, the boy uses his remaining power in order to destroy the Eyes. Loptr loses his power and faces a final battle against Bayonetta and Balder joining forces. The pair of them eventually summon both Jubileus and Queen Sheba fused together and the mighty summon dropkicks Loptr's soul from his body and sends his physical form flying out into the ocean. Jeanne, flying in towards Fimbulventr from a distance on a fighter jet, summons Gomorrah who proceeds to swallow Loptr's body whole.

Loptr's soul, in disbelief as to how he was defeated, begins to open a portal using his remaining power in order to return to the spirit realm and be reborn in a new era. Before he is able to escape, Balder absorbs Loptr's soul and traps him within himself in order to prevent his rebirth. Despite being told that Loptr's evil will eventually corrupt him over the coming years, Balder is content with his sacrifice and promises his daughter that he will watch over her before disappearing back to his time.

Upon returning to his time, Balder has since been corrupted by Loptr's evil and is the one responsible for the damage done to the Crescent Valley. He spurs on the remainder of the Witch Hunts under this influence and begins a new plan to resurrect Jubileus in order to remake the universe once again as he sees fit. Back in the present when he is eventually defeated by Bayonetta, Balder reawakens on Earth alongside the broken head of Jubileus and is near death. Loptr's influence breaks and he tries to break free in order to escape, but Balder promises that they will perish together and seals him back inside. Both Balder and Loptr then fade away into nothingness.

Loptr, under his alias as Prophet, appears as a shield type primary spirit. He increases magic attacks when equipped. His spirit battle is a stamina battle against Bayonetta with increased power to her elbow strikes and punches, and only Timer items appear. 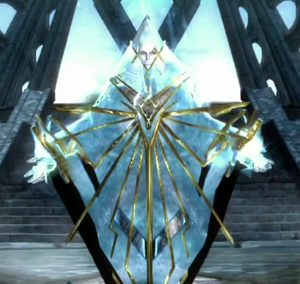 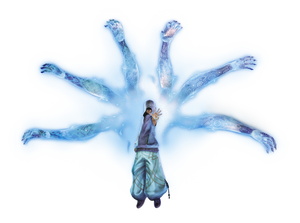 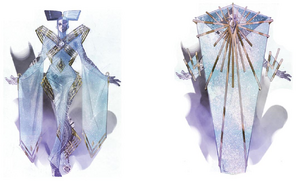 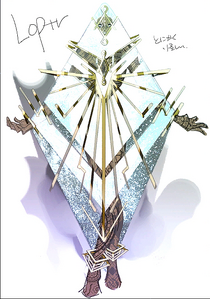