Ruler of the Netherworld

Ruling the Netherworld with an iron fist.

Lord Betrayus "Sneakerous" Spheros (also simply known as Betrayus), or better known as Lord Betrayus, is the main antagonist of Pac-Man and the Ghostly Adventures.

He used to be a Pac-Worlder and citizen, but due to his evil plan to start a war, he became stripped of his body and was sent to the Netherworld. He is also well-known for being responsible for the deaths of Pac-Man's parents and the entire race of the "Yellow Ones" (this was changed however when The Pacinator and Apex were introduced).

He was voiced by Samuel Vincent in the TV series, and Christopher Corey Smith in the videogame adaptations.

Even though he is cocky, cunning, deceptive and villainous, Lord Betrayus can be goofy, eccentric, and empty-headed at times. His failures often occur as most episodes end with him in an embarrassing way.

Besides that, Betrayus is a self-centered, manipulative, and egotistical sociopath who wants nothing but to rule Pac-World. He is even mean to characters that are loyal to him such as Butt-ler. He also has great pleasure in defeating Pac-Man in any way possible. His greedy desires give him an insatiable lust for power and a drive to do just about anything to get his way and become stronger.

Betrayus is also very cowardly, despicable and pusillanimous, letting others do the dirty work on his behalf, as well as very childish, irresponsible, and aggravated, as he tends to throw tantrums whenever things do not go his way and the fact that he cannot sleep without his stuffed toy.

As he is so impossible to deal with, Betrayus could not even get along with his own clone, who mocked and disrespected him constantly (despite his power) during its short period of existence, as seen in the two parter episode "No Pets Allowed...Especially Monsters!".

Lord Betrayus is a white and black ghost with sharp teeth and red eyes. He has spiky ghostly hair, and wears three black belt straps on his chest in a gothic manner black, and black prosthetic gloves with claws (as Ghosts appear to have no hands in the show). He also bears a mustache and a form of a goatee.

However, in his Pac-World form, he resembles his older brother by the name of President Spheros, except for being white in color, looking a little oval-shaped, and has red tips on his hair and goatee beard, just like in his ghost form.

Betrayus has the standard abilities common to all Ghosts, such as flight, intangibility and possession. As he is already dead, he is incapable of being defeated if his ghostly form is eaten, and he will simply form a new one in due time. 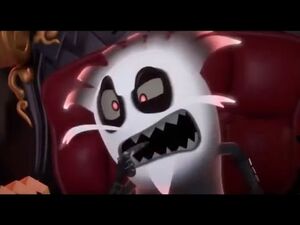 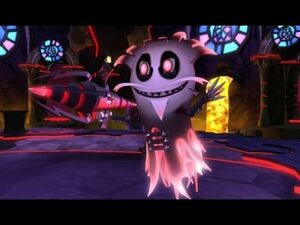 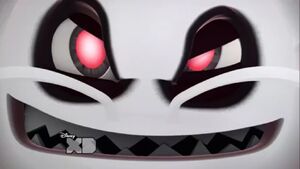 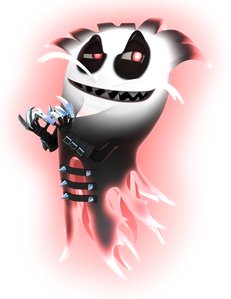 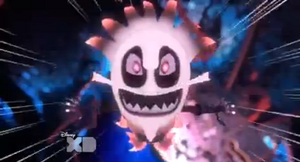 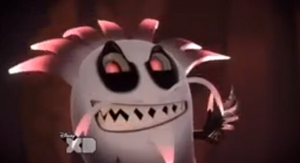 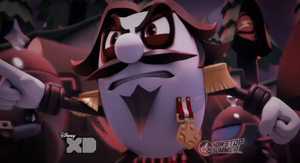 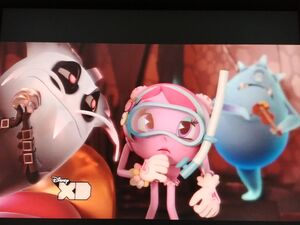 Retrieved from "https://villains.fandom.com/wiki/Lord_Betrayus?oldid=3874995"
Community content is available under CC-BY-SA unless otherwise noted.