Lord Arktivus Brevon is the main antagonist of the 2014 sci-fi-fantasy 2-dimensional platform videogame Freedom Planet. He is an intergalactic warlord who crash-lands on the planet Avalice after an intense battle. His goal is to drain the life out of the planet in order to rebuild his spaceship and continue his dreams of galactic conquest.

Brevon has a very intimidating presence due to his large appearance and deep voice. He is a sadist who is willing to do whatever it takes to get information, including murder, torture, and manipulation. 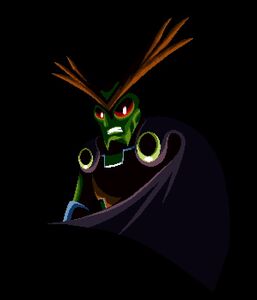 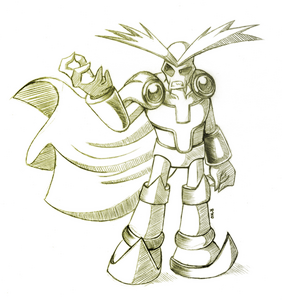 Retrieved from "https://villains.fandom.com/wiki/Lord_Brevon?oldid=3051349"
Community content is available under CC-BY-SA unless otherwise noted.