Lord Darcy Burroughs is the main antagonist and final boss of Clock Tower 3. He is related to the Barrows from the original two games, whose surname was also Burroughs in the Japanese release.

He was voiced by Paul Humpoletz, who also played Dick Hamilton in the same game.

Lord Burroughs was a titanic landowner in the 17th century, owning much of Southeast England. He was the husband of Natalya and father of William and Annabel, although William was from his first marriage.

The origins of Ralph and Jemima, the siblings who served Lord Burroughs, are unknown. Accounts relate that Burroughs picked them up on the battlefield, or that they were brought over from the Orient. However, none of these stories are more than hearsay.

Despite his harsh reputation, Lord Burroughs loved his daughter dearly, bequeathing all of his lands to her upon his death. He wanted to be one with his beloved daughter, Annabel, and to inherit the almighty powers of the Entities when he was 50 years old.

However, his daughter died before her 15th birthday in a carriage crash. Shocked by the sudden death of his beloved daughter, as well as his inability to realize the Ritual, Burroughs fell into a deep depression. When his despair finally dissipated, it was replaced by raging anger.

In his grief and anger, he slaughtered the coachmen of the carriage, Annabel's maid and then the people of his lands. Lady Burroughs did what she could to convince him to stop the savagery but only succeeded in inflaming him further, and she, too, was killed by him. Lord Burroughs collected a total of 115 victims and being sentenced to 2,280 years. The scissor siblings were horrendously cruel by nature, and it is said that they were the torturers and executioners during Lord Burroughs' bloody campaign. Showing a peculiar fascination for blades and in particular, scissors, they found endless enjoyment in gutting or dismembering victims while still alive.

Lord Burroughs eventually died, crushed between the Clock Tower's cogs, while escaping mobs of angry farmers who rebelled against him. According to legend, he vowed to plague the world with hate and terror for as long as the Clock Tower remained standing. When Lord Burroughs was finally killed, Ralph and Jemima were stoned to death by the crowds.

William survived and changed his name to Billy Brown.

After a long time, his dark soul comes to possess Dick Hamilton, Alyssa Hamilton's grandfather and a descendant of Billy Brown. Dick Hamilton transforms into Darcy at the end of the game and is fought as the final boss at the top of the Burroughs Castle. 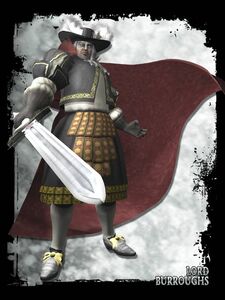 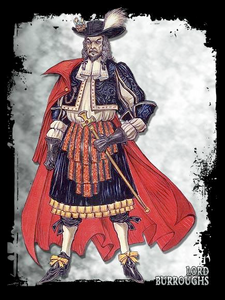 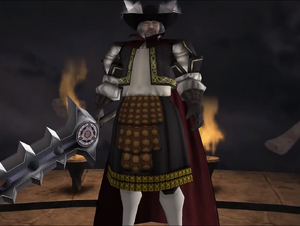 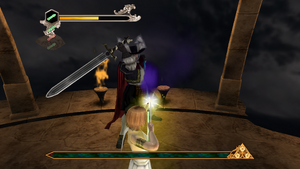 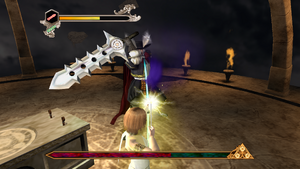 Darcy swiping Alyssa.
Add a photo to this gallery

Retrieved from "https://villains.fandom.com/wiki/Lord_Burroughs?oldid=4144665"
Community content is available under CC-BY-SA unless otherwise noted.