Searching for Paradise and using Cheza to open it.

Lord Darcia III is the main antagonist of the anime show Wolf's Rain. He is the third Generation of the noble Darcia family, who seeks to enter into Paradise.

He was voiced by Takaya Kuroda in the Japanese version and Steve Blum in the English dub, the latter who is also known for voicing Starscream, Vilgax, Amon, and Green Goblin.

His human form is a tall person with dark purple hair, he towers every human (including the wolves in their human forms) and especially the noble soldiers.

His wolf form is a giant dark purple wolf, and the largest of all the wolves shown in the series. He retains his mismatched blue and gold eyes.

Darcia is the third and last generation of the Darcia family of nobles, who were cursed after Darcia I disappeared into Paradise. The curse is visible as a golden wolf's eye, replacing his left. Darcia is not a half breed, but is descended from a wolf clan who chose to be completely human.

Due to his grandfather's curse, Darcia is now plagued with the eye of a wolf. He seeks to use Cheza to somehow revive his lover Harmona, who has been stricken with "Paradise sickness", in which her soul is "taken by Paradise", causing her to fall into a coma. But Harmona's death changes that plan, with Darcia mysteriously disappearing after the destruction of his keep until he resurfaces at Lady Jaguara's city, the loss of Harmona driving Darcia insane. Eventually after avenging her death, he discards his love for Harmona, saying that "she is nowhere now", and assumes the form of a giant, dark-furred wolf, revealing his clan to be descended from wolves that chose to become completely human. In his wolf form, he has no equal. He viciously kills off all the members of Kiba's pack one by one. He shoots Toboe, and in wolf form defeats and kills Blue, Hige, and Tsume, as none of them are a match for him in his wolf form. After eliminating Kiba's pack and mortally wounding Kiba, he walks towards what he believes to be the entrance to Paradise but is then incinerated, leaving only his wolf's eye behind to taint the new world. Darcia serves as the main antagonist of the series. 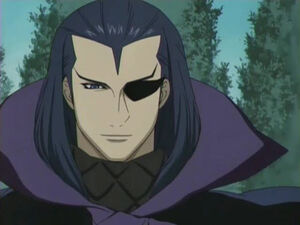 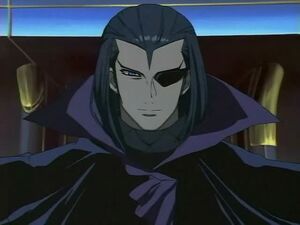 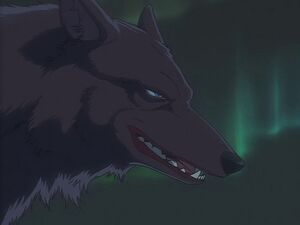 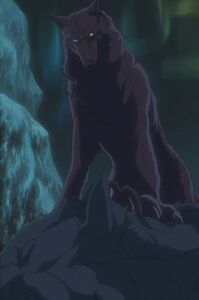 Darcia planting his paw on the wounded Blue. 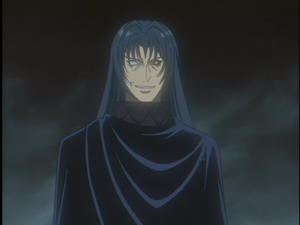 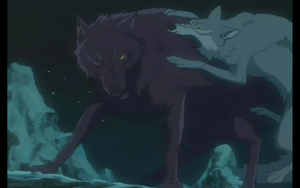 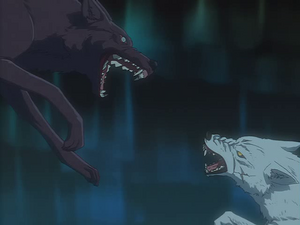 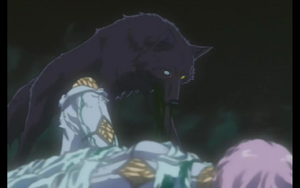 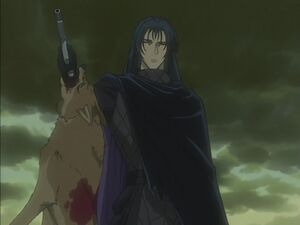 Darcia effortlessly holding his arm while a shot Toboe hangs on it. 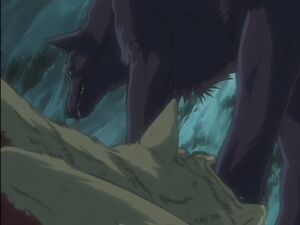 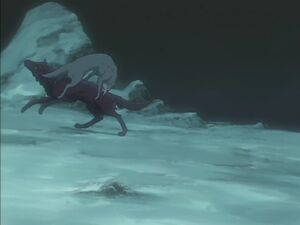 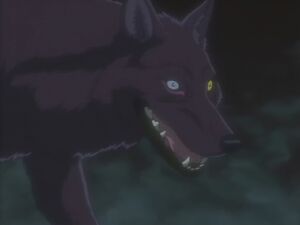 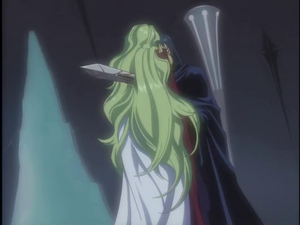 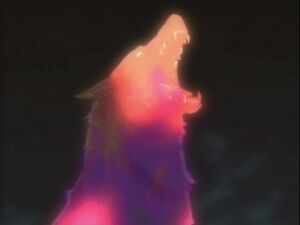