Tyrannical ruler of the World of the Coinless

Take over the Earth.
Destroy the Command Center.
Kill Zordon and Alpha 5.
Harness the power of the Power Coins.
Create his personal Power Ranger army.
Obtain the Heart of the Master (all succeeded).
Rewrite reality in his own image (mostly/nearly succeeded).

Lord Drakkon is an evil Power Ranger who controls the mysterious Black Dragon Zord and fought the Power Rangers. Drakkon served as the main antagonist in the Shattered Grid arc of the Mighty Morphin Power Rangers comic books by Boom! Studios. He is a sinister and older version of Tommy Oliver from an alternate reality where he rules his Earth with an iron fist from a dystopiac and futuristic Angel Grove where he is in total control.

Being Tommy Oliver from alternate reality, Lord Drakkon's backstory as Tommy matches his prime counterpart's until his climatic final battle against the Red Ranger, Jason Lee Scott. When Tommy was freed from the alien witch Rita Repulsa's curse, instead of joining Zordon and his Rangers, Tommy fled, wandering from city to city, avoiding the Rangers as they tried to find him. As result, it allowed Rita to swayed him to her cause once again, telling him why she had chosen him and that he was meant for great things, to bring peace to the world as its one leader. Rita also told him of Drakkon, another young man in whom she saw potential and whom had successfully built a legacy with her guidance. Tommy, intrigued, left with Rita and continued to serve her, this time in his own volition. Believing Rita Repulsa meant to better the world through conquest, Tommy aided Rita in taking over the Earth, one city at a time. Over time, their conquest caused Rita Repulsa herself to become popular to Earth's population; seeing salvation from their troubles.

Eventually, Tommy led Rita Repulsa's forces into one final battle against Zordon's last battalion of Rangers and Zords just as Zordon was on the verge of creating White Ranger Power. Tommy breached the Command Center as Jason was being infused with this new power, interrupting the process before it could finish. After killing Jason in one final battle, he stole the new Ranger Power and forcefully combine it is Green Ranger power, resulting his Ranger armor assume its signature appearance. The triumphant Tommy, now Lord Drakkon, then emerged from the Command Center clutching Jason's shattered helmet.

Due to his new powers, Tommy and his forces singlehandedly defeated the rest of the Rangers, destroyed their Zords, and successfully conquered the planet Earth. While he originally did so in Rita Repulsa's name, his hunger for power grew and he became a ruthless monster and an oppressive tyrant far worse than his creator, something Rita herself not foreseen. A testament of his fall from grace was his backstabbing on Rita after Rangers' destruction and after the sorceress taught him her spells, such as brainwashing. He then gained the loyalty of Rita Repulsa's elvish alchemist Finster, who he turned into the cyborg Finster 5, using Alpha's body parts.

Now rechristened "Lord Drakkon", Tommy drew upon the Power Coin energies to create Ranger Sentries, each serving a specific role in his army. However, he lacked Billy's coin, as Trini hid it away. The former Rangers and those who were against Tommy's rule formed the resistance group called "The Coinless". Unknown to Drakkon, Skull had infiltrated his army as a Tyrannosaurus sentry.

Ever since the death of Billy and Matthew by Lord Drakkon’s regime, Kimberly Ann Hart began her solo quest for vengeance against the dark lord Power Ranger. However, Drakkon managed to enslave her with one of Rita Repulsa's brainwashing spells quickly, turning her into his brainwashed Ranger Slayer.

Being Tommy Oliver who willingly chose the path of evil, Lord Drakkon is a ruthless sociopath, who rule his subjects with an iron fist, possessing a warped vision of the world with a God complex. He detests any connection that he has of his alternate-reality self, considering him to be a polluted and weak shadow of the powerful image of himself that he has cultivated. His hatred of this connection he has, no matter how distant, shows that his rage and contempt spans the multiverse, which paints him as being truly a dark mirror of the man that his alternate and younger self is striving to become. In many ways, Drakkon represents the absolute worst fears that Tommy from the main universe has about himself. This version of Tommy is ruthless and cunning, using his knowledge of the Power Rangers to systematically weaken them and destroy the Command Center.

Lord Drakkon is also incredibly arrogant, believing his hybridized powers made him superior to every other Rangers existed before and existing after him, a self-proclaimed superiority so great that he would rather die in combat than be shamefully defeated and imprisoned by his hated younger counterpart. The said arrogance seems to grow into troubling signs of god complex where in the live action promotional trailer for Shattered Grid, he believes all Power Rangers aside himself have squandered their chance to become gods with their powers in order to help others, turning themselves into nothing more than mere servants of humanity to his beliefs.

However, like all arrogant tyrants, Lord Drakkon's hubris proved to be his character flaw which, upon exploited, unveils a more cowardly side of himself he unknowingly developed by his ego. When he was finally stripped of his powers, Lord Drakkon was clearly in a state of shock, realizing that he had relied too much to his powers for so long to the point of him believing himself to be invincible. He quickly recovered though, and resorted to use psychological warfare against his foes, skills that he developed from his time as the servant and apprentice of his reality's Rita Repulsa. Also, in spite of his immense powers, it should be noted that his experience, as well as skills over them, still paled compared to his heroic younger counterpart, so much that even after finally recover his lost powers, he chose to attack Tommy via ambush instead of a head-on attack. 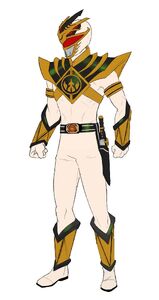 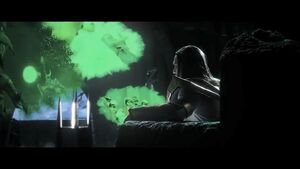 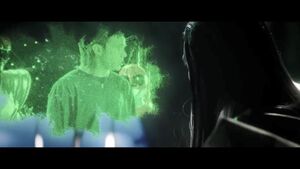 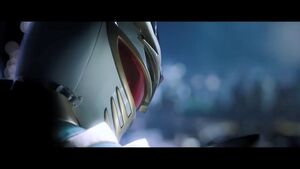 Drakkon's evil grin as he remarked that the Power Rangers actually have choice to become gods. 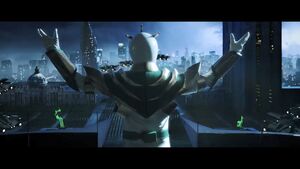 Drakkon rally his army for an invasion.