Kill Y’Gythgba and G’Throkka and wipe out Salamandria
Take over the earth and capture all humans as payback for all insects (all failed).

He is the ruler of the planet Sectoid 1 and all insect life in the universe who is wants to achieve vengeance on the Turtles. He commands his own army and armada that he uses against any opponent for either a invasion or combat. He is the 2012 series' version of Lord Dregg from the 1987 Teenage Mutant Ninja Turtles series.

He was voiced by Peter Stormare, who also played Dino Velvet in 8mm, Gaear Grimsrud in Fargo, Karl Unger in The Big Lebowski, Abram Tarasov in John Wick: Chapter 2, and Lucifer Morningstar in Constantine.

In "When Worlds Collide", Lord Dregg was briefly mentioned by Mona Lisa that after his ordeal with The Triceratons on Magdomar (revealing that he survived getting sucked out of space) he had launched an attack on Salamandria fortunately the Salamandrians managed to drive him away before he swore revenge. Lord Dregg later appears in person and invades earth right when the turtles were about to finish the Newtralizer. He sends the Vreen to capture humans and make them into living eggsacs for his children. He reveals to be old friends with the Newtralizer, who was his assassin, and together they invaded the city. He managed to capture Leonardo, Sal Commander, Karai, and Donatello. He later has his giant ship (which is a techno organic living bug) deal with the Earth Protection Force and the turtle mech he managed to hold both groups off until they successfully infiltrated the ship. Dregg then takes them all head on and holds his own but when they find he is vulnerable to electricity they managed to knock him out with an electrical circuit while Michelangelo managed to overload the ship, exploding it and killing Dregg for good. 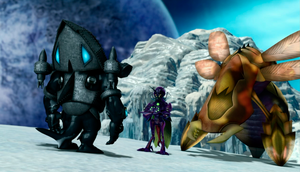 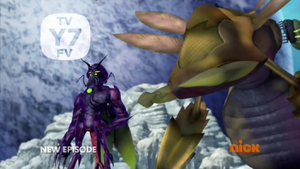 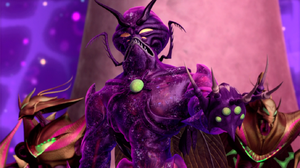 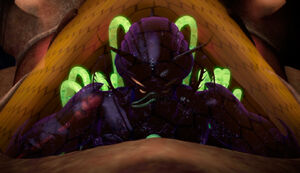 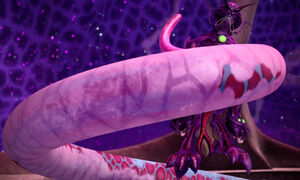 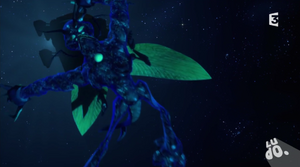 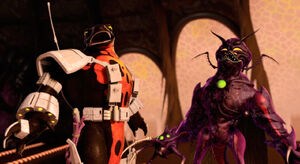 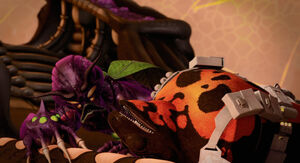 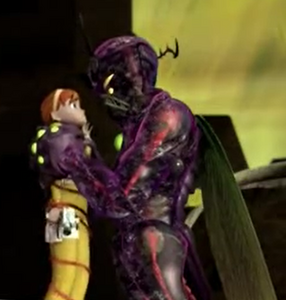 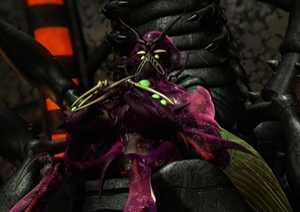 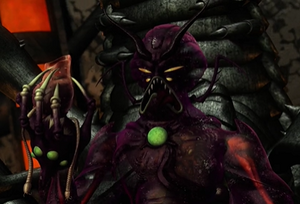