Prevent anyone from entering the Forbidden Lands.

Lord Emon is a major antagonist and anti-hero/anti-villain in the video game Shadow of the Colossus. He is an enigmatic shaman who seeks to prevent the return of Dormin by any means necessary.

He was voiced by Naoki Bandō.

However, years later, a young man named Wander stole an Ancient Sword and trespassed into the Forbidden Lands, hoping that the spirit that resided there (Dormin) could resurrect his deceased lover Mono, who had been sacrificed unjustly because it was prophesied she would have a cursed fate. some speculation states that Emon was the one who had foreseen this, and was the one responsible for her death. Dormin agreed as long as Wander killed all sixteen colossi, tricking Wander into performing the forbidden spell that would return his essence and body.

Emon and his warrior men did not find out about the theft and trespassing until much later, and immediately set off for the Forbidden Lands to stop Wander before all sixteen colossi were destroyed. They arrived too late, however, and viewed the statue of the sixteenth colossus Malus crumble, signifying its death. Wander then arrived, possessed by the essence of Dormin. Though Lord Emon had seen Mono's body and understood why Wander had done what he did, he rebuked him for his actions and now horned, dark appearance. He sends his warriors to kill Wander, and they shoot him in the leg and stab him. However, Dormin takes control of his body and attacks, trying to kill them. Emon and his men flee, but Emon performs one final spell by throwing the Ancient Sword into a Shrine well, banishing the evil spirit but presumably killing Wander in the process, reverting him back to the form of a baby.

Lord Emon and his men leave the Forbidden Lands as the bridge crumbles, with him taking pity on Wander and wishing that, if he did survive, he would further face the consequences of his actions.

Lord Emon is strict and stern, and does everything he does for the sole purpose of making sure Dormin does not return and take his revenge. Though is goals, intentions, and plans are noble in cause, his methods are extreme, even to the point of taking both innocent and guilty lives to ensure the evil from the past does not return. He is even wrathful, extremely angry when Wander performs the forbidden spell and demands he be punished in brutal and even barbaric ways.

Lord Emon in his shaman mask. 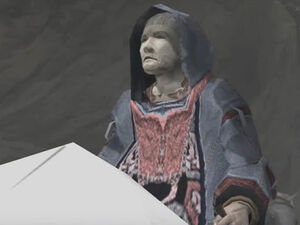 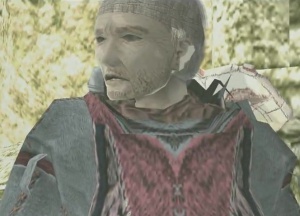 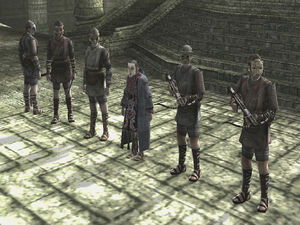 Emon with his men in the Shrine of Worship. 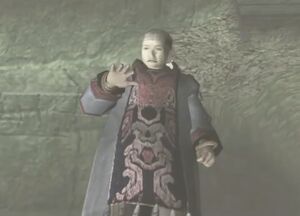 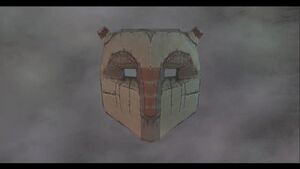 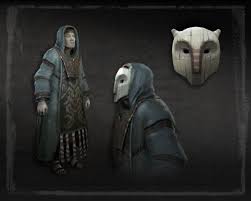 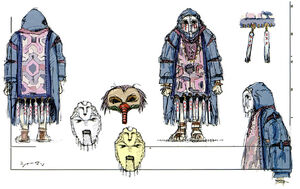 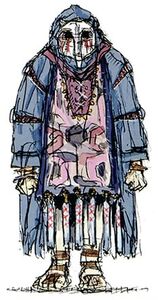 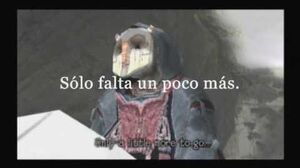 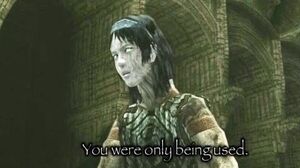 Retrieved from "https://villains.fandom.com/wiki/Lord_Emon?oldid=3465986"
Community content is available under CC-BY-SA unless otherwise noted.