Leader of the Snowmads

Conquering lands for his tribe.

Vanquish the Kongs in order to maintain his reign over Donkey Kong Island (failed).

Elemental Warlord
Lord Fredrik, also known as the Snowmad King, is a Waldough who is the legendary leader of the Snowmads and the main antagonist and final boss of Donkey Kong Country: Tropical Freeze.

Fredrik is a large, obese gray Waldough with a black mustache, glowing blue eyes, and a black nose.

Fredrik conquered islands and manipulated its inhabitants to expand his tribe, but he needed to find a place to be the Snowmad's capital. He and the Snowmads find Donkey Kong Island, so he uses his horn to freeze the entire island and claims it as his territory.

When Donkey Kong and his friends fight their way through the Snowmads and raid the Snowmad's base, Fredrik is confronted by them and prepares to battle. He attacks by blowing his horn to shoot out ice balls (with Tucks and Fluffs) and ice dragons, charges with his helmet horns and jumping high to slam against both the Kongs and the arena. He can be hurt when jumped on his back whilst he tries to charge into the Kongs; a total of nine hits is needed to defeat him.

Expelled, Fredrik is launched off of Donkey Kong Island, and smashes into his own fleet, destroying it, and his Snowmad armada retreats. It is unknown what happened to him after he crashes into his fleet.

Lord Fredrik appears in Super Smash Bros. Ultimate as a Novice Grab-type Primary Spirit. When equipped, he increases the fighter's weight, making them harder to launch, but slows their movement. His Spirit Battle is against King K. Rool on the Summit stage with an icy floor. 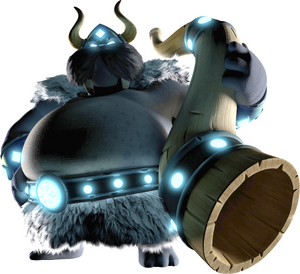 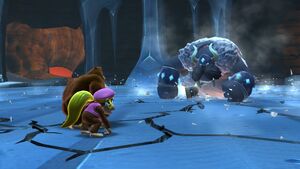 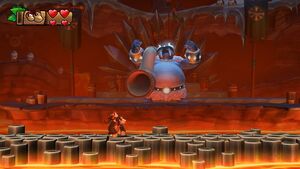 Lord Fredrik gets bigger during the final fight between the Kongs and Lord Fredrik. 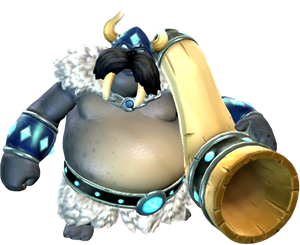 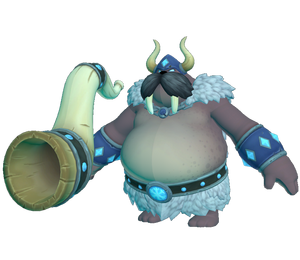 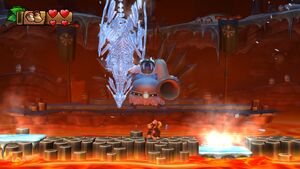 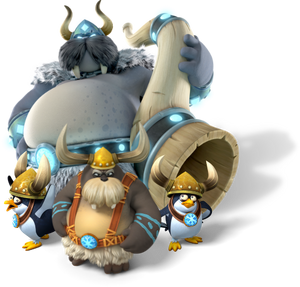 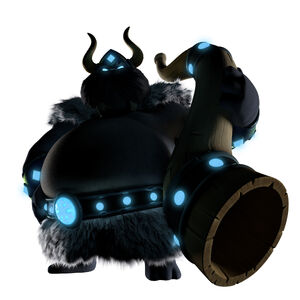