Tyrannical Mutated Alien
Lord Fuse is the leader and the ruler of Planet Fusion. For thousands of years, Lord Fuse has commanded Planet Fusion to absorb planets to gain strength and power. As he arrives on Earth, home to most Cartoon Network characters, he creates his own army of Fusion Monsters that spawn from terrafusers including Fusions, to invade Earth. He is the main antagonist of the MMO Cartoon Network Universe: FusionFall.

The past of Lord Fuse and Planet Fusion is shrouded in mystery with little known for certain. What is currently known, is that Fuse has existed for at least a millennium, and that he originates from another galaxy. As the ruler of Planet Fusion, Fuse uses it to travel across the universe to invade and subsequently absorb any planet he comes across, with nearly every one of these invasions successful. However, Anur Phaetos and the homeworld of the alien race known as the Glorft, managed to evade their planets being absorbed; the Ectonurites of Anur Phaetos by managing to make a deal with Fuse that they would assist him in future invasions on other worlds, while the Glorft simply had enough power to repel Fuse.

Eventually Fuse arrived in our solar system, absorbing every planet before setting his sights on Earth. A terrafuser is launched towards the planet, which quickly begins spawning Fusion Monsters and spreading Fusion Matter for the planet to be absorbed, with the terrafuser also serving as a beacon to guide Fuse towards the planet. The monsters quickly evolve, and by using items once belonging to the various Cartoon Network characters, Fuse creates an army of twisted Fusion versions of the various characters; Fusion Samurai Jack being the first.

After getting thrown far into the future after one of Dexter's time travel experiments was tampered with by his sister, Dee Dee, the player arrives in a world on the cusp of being absorbed; Lord Fuse has nearly won, with Fusion Matter and dangerous Fusion Monsters everywhere, the landscape nearly unrecognizable, and many Cartoon Network characters missing. The invasion is only being held off thanks to the recent invention of Dexter and Mandark, Nanos, small versions of Cartoon Network characters with incredible power that were created with the use of Fusion Matter. Despite this, the Nanos have been created too late to do anything but delay the inevitable; so with the assistance of the remaining Cartoon Network characters, the player builds a new time machine to head back to the past, bringing with them the blueprints for the Nanos in order to give the world the power it needs to hopefully repel Planet Fusion.

After arriving in the past and handing over the Nano blueprints, the player goes on many different missions to help stop Fuse, notably being guided by one of four notable Cartoon Network characters: Ben, Dexter, Mojo Jojo, or Edd, each with different priorities in the war, Ben making sure Fuse doesn't get his hands on hidden Plumber technology, Dexter wanting to locate the world's lost heroes, Mojo Jojo hoping to create new-and-improved monkey minions to fight Fuse, and Edd attempting to find hidden candy treasure, as well as missions from numerous other Cartoon Network characters, some with their own plans to help fight Fuse, others with less important matters.

One notable aspect of the plot involves what is known as "Imaginary Energy", a strange force produced by Imaginary Friends, as well as one of the only effective means of fighting Fuse, with Fusion Monsters that are created based on Imaginary Friends notably having strange behaviors, often at the benefit of the player and Cartoon Network characters. Though Fuse is well aware of this weakness and actively studies the energy.

When Kevin attempts to use his powers to absorb Fusion Matter in order to gain enough Fusion energy to rival Fuse himself, Lord Fuse takes advantage of the situation, gaining control of Kevin and using him to attach a device to Foster's Home for Imaginary Friends, sending Imaginary Energy deep into the Darklands. However, with the help of Dexter, the player manages to slow the device to a crawl, as well as defeat Kevin and break him free from Fuse's control.

After many other missions, the player arrives in the Darklands, the most infected area on the planet, and the location Fuse is attempting to physically manifest onto Earth. Fighting alongside many Cartoon Network characters, the player infiltrates and destroys numerous Fusion Control Centers, which Fuse uses to communicate with his army, with another goal of the mission to unleash an assault of Imaginary Energy against Fuse.

The plan is proceeding smoothly, with the player defeating many powerful Fusions, such as Fusion Samurai Jack, Fusion Mandark, the Fusion Kanker sisters, and Fusion Herriman; however, during the last portion of the mission, Billy shows up and ruins everything with his typical stupidity, alerting Fuse to the player's actions, causing the Imaginary Energy assault to fail, while also causing Fusion Kevin, one of Fuse's most powerful minions, to prepare a surge of Fusion Monster troops to help facilitate his arrival on Earth. The player tracks Fusion Kevin down, but is unable to reach him due to a Fusion barrier utilizing Imaginary Energy from Foster's, though with Billy once again appearing and this time unusually managing to actually help by overloading the barrier with Imaginary Energy, the player manages to defeat Fusion Kevin, though Fuse still manages to manifest on Earth soon after regardless.

With the final battle at hand, the player and many Cartoon Network characters attack Fuse's Lair in the deepest parts of the Darklands, but Fuse is protected by a powerful shield; though by using the combined Imaginary Energy of Billy's Imaginary Friend, Runty, and the player's own imagination, the shield is destroyed, leaving Fuse vulnerable. The player heads towards the final fight alongside Samurai Jack, but Jack is overwhelmed by Fuse's minions, forcing the player to battle Fuse themselves. After a difficult battle, the player manages to defeat Lord Fuse, sending his energies back to Planet Fusion and signaling a major shift in the war. Though Fuse's monsters and infection still poison the world, Fuse himself won't be able to manifest on Earth for a long time.

As the ruler of Planet Fusion and having absorbed countless worlds, Lord Fuse is incredibly powerful, overrunning the worlds he invades with incredibly dangerous Fusion Monsters and toxic Fusion Matter, with few species managing to fight off these invasions.

Fuse's most notable tool is the previously mentioned Fusion Matter, granting him his many powers, notably his ability to create Fusion doppelgangers of Cartoon Network characters though the use of a personal item of the character, as well as Fusion Matter. Creating these Fusion takes energy and they're not easy to replace, but they are incredibly powerful, matching and sometimes outclassing the characters they're based on.

Fuse also has the ability to physically manifest himself should he desire, though this takes immense preparation and power, should he succeed and manifest at full power, despite his strength paling in comparison to that of someone such as Aku, all hope would be lost. Though even in an incomplete physical manifestation, Fuse is an incredibly powerful foe, utilizing many different types of attacks, including stuns, corruption and eruption attacks, as well as the ability to heal himself. Fuse's body is split into several different parts, and he also constantly changes his attributes, cycling through Adaptium, Blastons, and Cosmix, making it a long and difficult fight that forces the player to constantly switch Nanos to keep the upper hand.

On top of his physical abilities, Fuse is also incredibly intelligent, notably having mastered many different forms of science, magic, and technology from his numerous invasions. 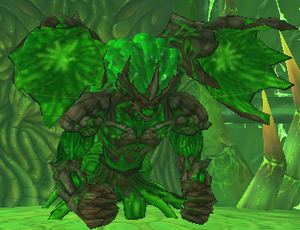 Lord Fuse in his throne 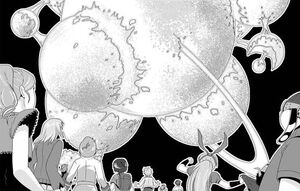 Planet Fusion and Lord Fuse's arrival in the manga 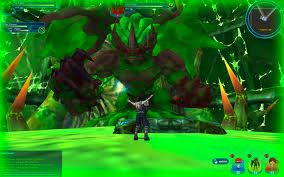 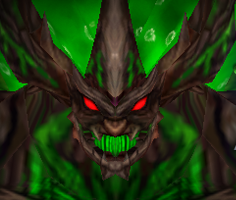 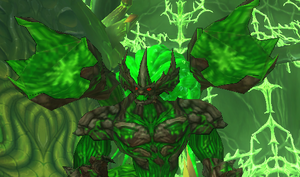 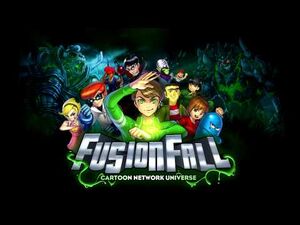 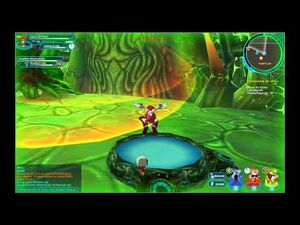