Causing misery and chaos in Candyland.

He was voiced by Mark Oliver in the animated film, who also plays as Miles Dredd and Terrorax in Max Steel.

In the animated special based off the 2002 version of the game, Lord Licorice has his minions (the Bites) steal Princess Lolly's scepter, and plans on using a concoction he made make Licorice grow everywhere, and take over Candyland, turning it into "LicoriceLand" as described in his musical number.

They all attempt to catch the protagonists (Jib, Mr. Mint, Jolly, and Princess Lolly) but they are all foiled. After reaching to the Candy Castle, Lord Licorice tries to bring licorice to be ruler. Jib stopped him by putting green icing when trying to put the scepter. Gloppy (the swamp monster) grabs him after that. Grabbing the monarch, everyone puts their gifts on the slot (except Jib who wasted his last icing container).

Lord Licorice thought he failed, but he put his backpack on the slot. Princess Lolly puts her scepter on the center slot, causing all of the licorice to go away and restoring peace in Candyland. He complained that everything is lollipops and despaired he will not make everything licorice anymore (debatable).

In many spinoff children's books, he does mean things, such as trying to eat everyone's houses (but ends up with a tummy ache). 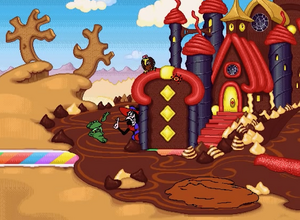 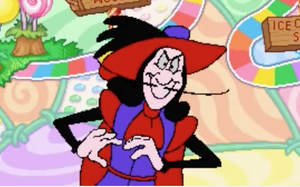 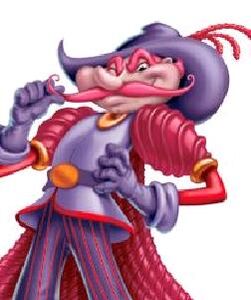 Lord Licorice of Candyland in 2002. 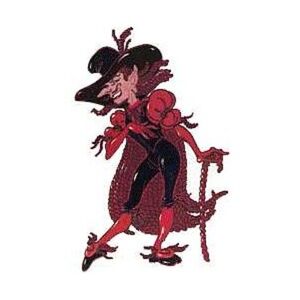 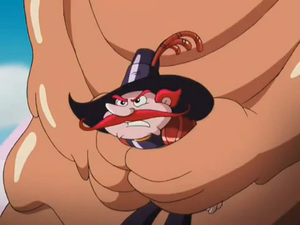 Lord Licorice's defeat.
Add a photo to this gallery

Retrieved from "https://villains.fandom.com/wiki/Lord_Licorice?oldid=4116667"
Community content is available under CC-BY-SA unless otherwise noted.