Wizard
Ruler of the Realm of Doom

Kill or at least petrify Snow White (both failed).

Lord Maliss (also simply known as Maliss) is the main antagonist in the 1988 animated fantasy film Happily Ever After. After arriving at his sister's castle, he learns about her fate. Enraged, he vows revenge against Snow White and her Prince. As an evil wizard, he also has the power to turn himself into a red dragon.

He was voiced by Malcolm McDowell, who also played Alex DeLarge in A Clockwork Orange, Caligula in Caligula, Kesslee in Tank Girl, Tolian Soran in Star Trek: Generations, Daniel Linderman in Heroes, The Shaman in the Aladdin TV series, Arkady Duvall in Batman: The Animated Series, Andrej Evilenko in Evilenko, Colonel F. E. Cochrane in Blue Thunder, Arnold Gundars in I Spy, Marcus Kane in Doomsday, Tower in Phineas and Ferb, and Geoffrey Tolwyn in the Wing Commander video game series.

After arriving at the Evil Queen's castle, Lord Maliss learned the news of his sister's recent death, later then takes control of the Queen's castle and her demonic minions, twists the land into the scary place known as the Realm of Doom before he left and began hunting down Snow White, turning himself into a red dragon.

After transforming Prince into a tiny and feeble hooded man, Maliss resumes in hunting Snow White, who has fled to the Seven Dwarves' cottage to find their female cousins, the Seven Dwarfelles, who have taken up residence and attempt to help Snow White find her prince who turns out to be the "Shadow Man".

After a failed attempt by Maliss' wolves to capture Snow White, he does the job himself and takes Snow White to his castle newly dubbed "Palace of Malice" where Snow White wakes up to the presence of the Prince who then takes her through a secret passage.

Snow White is taken to a secret graveyard at the castle, where the "Prince" reveals himself to be Maliss in disguise.

As he is about to place a cape that will petrify her, Maliss is attacked by the Shadow Man, whom he defeats and seemingly killed. Then, he tries again to petrify Snow White, only to be stopped and attacked by the Dwarfelles. However, they fail to do so and Maliss throws the petrifying cloak on all of them, except Thunderella, who gains control of her powers and distracts him while Snow White grabs the cloak and throws it right on top of him, covering his face. When the lightening bolt strikes him, Maliss is forcibly transformed into a larger version of his dragon form (except for his head), crashing through the whole roof, and he is completely turned to stone for all eternity. 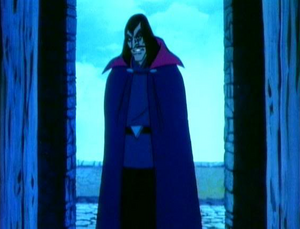 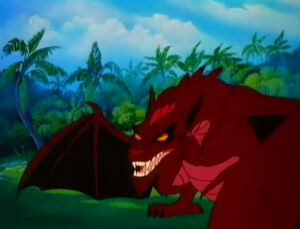 Lord Maliss in his dragon form. 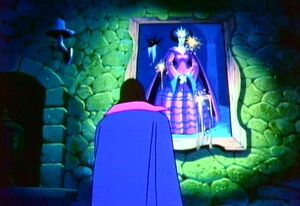 Maliss standing before a portrait of his sister. 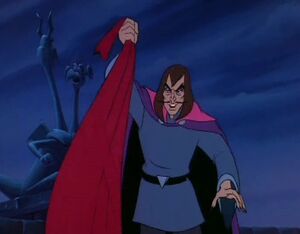 Maliss and his petrifying cloak. 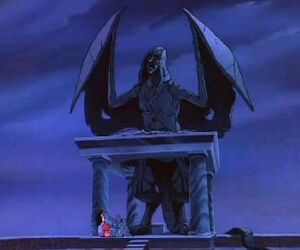 Lord Maliss defeated and transformed into a lifeless statue of himself.