Leader of his Clan

Find the Dragon Balls and wish for eternal youth (succeeded).

Take over as many planets as possible.
Take over Earth.
Kill Goku.

Lord Slug (in Japanese: スラッグ, Suraggu, sometimes referred to as just "Slug") is a Super Namekian and the main antagonist of the 1991 film Dragon Ball Z: Lord Slug.

It is explained that he is one of the "Super Nameks", and like the others, he was banished from Planet Namek sometime around age 261. Since then, he had gathered an army and became a conqueror of planets, using Terra-freeze and other methods to capture entire worlds. Part of the main title screen for the film showcases what appear to be cave drawings of a giant Namekian, evidently Lord Slug, as well as a creature with wings. It is unknown what race the smaller beings are, but they appear to be worshipping Slug.

There are two different and conflicting versions of Slug's origin. The first one, told in the Japanese dub, states that Slug was sent off Namek as a baby, to Planet Slug, much like the Nameless Namekian was sent to Earth, in order to save him from the cataclysms affecting his home planet. But he had a rare Namekian mutation from birth, one that made him pure evil. Probably related to this mutation, he was also very powerful, a kind of Namekian called a Super Namek.

The second account, told in the FUNimation Dub, states that Slug was born and lived on the original Namek sometime prior to the climate change that wiped out almost all Namekians. Slug, along with other Namekians, discovered the key to unlocking a higher consciousness within. They were known as Super Nameks, but they soon became intoxicated by their new power and began to misuse it, behaving much like the Saiyans. With the power of the Dragon Balls, the Namekians (most likely including Guru) used Porunga to banish the Super Nameks from their planet for good. Super Nameks became nomads, moving from planet to planet, taking what they wanted and moving on. Lord Slug was probably the last surviving member of these Super Nameks.

In any event, Slug formed an army of demon-like soldiers in Planet Slug. He used his troops to conquer planets, freezing them to make them a home for his soldiers. He later altered the planets to turn them into giant spaceships and used them to move on to his next target. He went on conquering more and more planets for centuries.

In Dragon Ball Z: Lord Slug, Slug is seen approaching Earth. He kills Zeeun with a Finger Beam for remarking his age. As his soldiers start to fall, Slug leaves his spaceship and knocks Gohan out. He sees the 4-Star Dragon Ball on his hat, sends his Generals to bring him the remaining Earth Dragon Balls and then wishes for eternal youth. Lord Slug's scientist then starts Terra-freezing the planet and reshaping it as a spaceship. When his remaining henchmen are killed, Slug confronts Goku. After swatting away Krillin, Slug proceeds to dominate Goku with his Power of Darkness. But, Goku transforms into the False Super Saiyan form for the 1st (and so far only) time and beats Slug down, breaking his arm.

However, Goku reverts to his normal form. Slug rips off his damaged arm and it regenerates, revealing himself to be a Namekian, also removing his helmet. Slug then transforms into a Great Namek, and once again dominates Goku. Piccolo, Gohan, and Krillin get back up and try to fight Slug. Piccolo rips off his ears and has Gohan whistle, causing Slug to double over in pain as Namekians are weak against high pitched noises because of their large ears, Slug experiencing more pain than usual because of his size increase. Piccolo takes this opportunity to give Goku his energy. After regaining consciousness from Piccolo's energy, Goku then fights Slug again. Using Kaio-ken, Goku overpowers Slug's size and penetrates him, leaving a gaping hole through his chest and send him falling towards his ship, crushing both it and his remaining crew with his colossal frame. Believing Slug to be dead, Goku sets out to destroy the satellite that causes the Terra-freezing. However, Slug is still alive and uses his dying strength to pursue Goku in an attempt to finish him off. Fortunately, Goku manages to reach out of the thick clouds and uses the sun's energy to create a Spirit Bomb which he uses to knock Slug straight towards his Terra-Freeze satellite, destroying it and finally defeating Slug.

Lord Slug appeared again in the OVA, Plan to Eradicate the Saiyans, as well as in Plan to Eradicate the Super Saiyans (the remake of Plan to Eradicate the Saiyans featured in Dragon Ball: Raging Blast 2), where he was revived as a Ghost Warrior alongside Turles, Frieza, and Cooler. Slug declares to Vegeta that he will pay for his past sins, and offers Piccolo. Piccolo refuses and he and Slug fight. Gohan tries to help Piccolo but Slug punches Gohan in his stomach then sucker punches him in his face; telling him to stay out of his fight with Piccolo and that he'll be killed by Turles soon. Turles then put Gohan in a bear hug while Slug gets back to fighting Piccolo only to eventually be defeated and killed by the latter. However, in an alternate ending, Slug ends up killing Piccolo.

Lord Slug also appears on the Dragon Ball Z: Fusion Reborn poster, but he is not featured in the movie.

Being one of the few Super Nameks, Lord Slug has immense power, especially in his prime. Lord Slug was still confident in his abilities even when Goku surpassed him as a "false" Super Saiyan. It has been stated by King Kai that, in his Great Namek form, Slug might have been stronger than Frieza. In his Great Namek transformation, Slug has a boost in strength, being able to beat Goku near death after the latter lost his transformation. King Kai later states that being a Super Namek, Slug's power and senses are a hundredfold that of a regular Namekian. In a promotional movie for Dragon Ball Heroes, Great Namek Slug is shown fighting equally with Super Saiyan Goku.

Lord Slug is shown in the movie Plan to Eradicate the Super Saiyans featured in Dragon Ball: Raging Blast 2, despite not being a playable character in the game (unlike the Ghost Warriors in the remake).

He is also playable in the Japanese only arcade game Dragon Ball Heroes.

Like other Namekians, Slug's weakness is the sound of whistling. As a Super Namekian the sound went up to a hundredfold, so the sound of a whistle is more unbearable for him in his giant form, which has eardrums the size of trash cans. 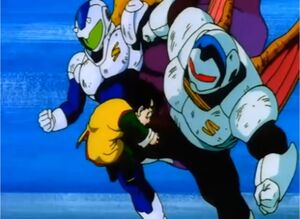 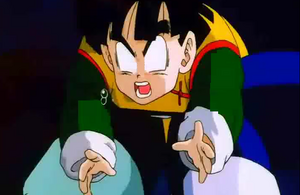 Gohan spits after getting kneed in the stomach 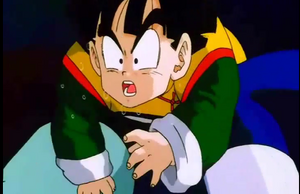 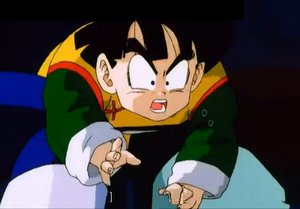 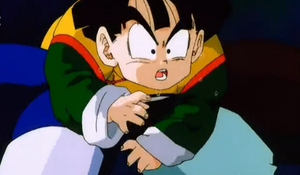 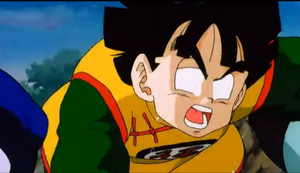 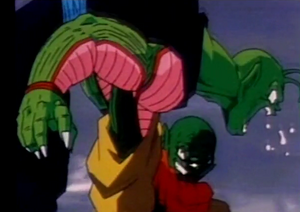 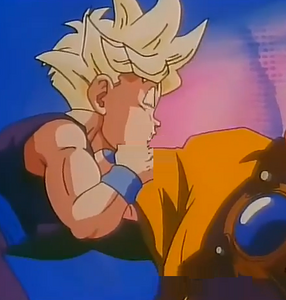 Slug punches Gohan in the stomach 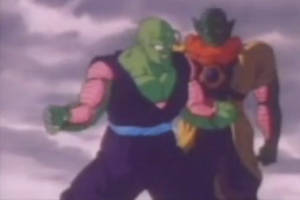 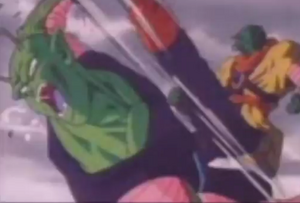 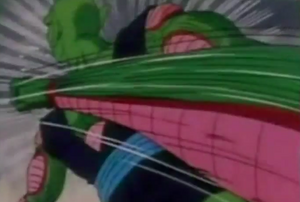 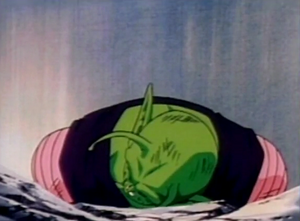 Piccolo gets defeated by Lord Slug 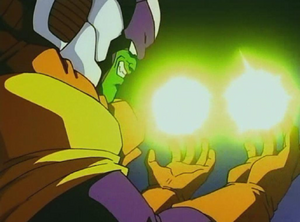 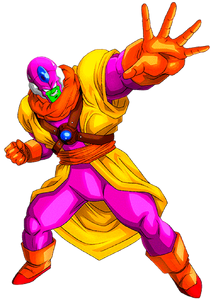 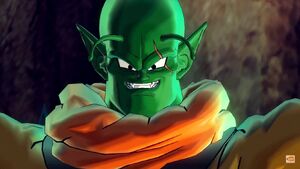