Help Mevolent to take over the world (succeeded in alternate dimension)

Dark Sorcerer
Lord Vile (primary taken name: Skulduggery Pleasant) is a major antagonist in the Skulduggery Pleasant series. He is the central antagonist of the sixth's book in the series Death bringer He is actually a split personality of Skulduggery, manifests from his anger and grief, prompts him using his Necromancer abilities and one of the Three Generals. Vile's persona inside Skulduggery's mind sometimes capable to animated the armor while he is strong enough when resurfacing so he can confront his good persona in real world. But if he is doing so, his power is not as strong as Skulduggery himself, as he only able to unleashed his full power once took over his good counterpart's mind.

Skulduggery first showed signs of his natural aptitude for necromancy when he used Tenebrae's Necromancer dagger to defeat a troll. He later became Lord Vile after witnessing his family's death at hands of Nefarian Serpine. But what Nefarian didn't know was the priest whom give him power that he used to kill Skulduggery and his entire family was designed not to truly kill him as the priest himself is amazed by Skulduggery's potential as necromancer. Instead, Nefarian unintentionally caused Skulduggery developed a dissosiative personality disorder after being consumed by guilt and rage.In process, Lord Vile borns inside Skulduggery and took over his mind. Then he joined the Necromancers, becoming their Death Bringer. After a short while on the Necromancers side he joined Mevolent, much to the Necromancers' surprise and began killing anyone who stood on his way, including his best friend's, Ghastly Bespoke's, mother. He wished the Faceless Ones to return so that after he killed the humans he could kill them too.

After realizing the horrors he committed, Skulduggery came to his senses, took off the armor and hid it away. As he does, Lord Vile inside him sleeping in his subconscious, waiting to be reawakened.

At the end of Mortal Coil, as Skulduggery is trying to capture Tesseract, Lord Vile's ghost (controlled by Skulduggery's subconsious) appears from nowhere and kills Tesseract and then defeats Skulduggery. This encounter leaves Skulduggery fearful,as Lord Vile inside him awakened due to him enduring painful torture by Faceless Ones between events of The Faceless Ones and Dark Days.

During Death Bringer, Lord Vile is revealed to be Skulduggery, Lord Vile's Ghost (Skulduggery's subconsious) attacks Melancholia after she attempts to kill Skulduggery but is defeated.

Lord Vile's ghost later returns to attack Melancholia again and she is terrified but manages to defeat him after he is distracted. After Skulduggery is brought back to life, he finally dons the armor, becoming the True Lord Vile and easily defeats Melancholia, Valkyrie and kills the White Cleaver and a group of creatures that are immune to magic.

After chasing after them again and attempting to kill them Valkyrie is forced to transform into Darquesse and they have a huge battle, killing each other repeatedly, Darquesse eventually attempts to gain and alliance with Vile so that they may kill Melancholia and then destroy the world together but Skulduggery and Valkyrie regain control of their bodies and turn back to normal.

Argeddion realises the threat that Lord Vile poses and hides his armor away. Skulduggery later finds Vile's armor and is forced to use it to defeat Kitana, Sean and Doran. Lord Vile proves to be a match for the three of them and eventually with the help of Darquesse, kills them. Lord Vile has a short fight with Darquesse before turning back into Skulduggery.

Lord Vile appears as one of Mevolent's generals, he easily kills the resistance members trying to save Valkyrie but Valkyrie and Ghastly escape. He then attacks the Resistance village after being told where it is by Mevolent and kills many people, including Ghastly. Lord Vile then proceeds to slaughter everyone in the nearby town and returns to the castle.

When Skulduggery and Valkyrie steal the Sceptre of the Ancients, Lord Vile is caught off guard and is incredibly confused by seeing Skulduggery - who waves at him.

Lord Vile later takes place in the battle between the Resistance and Mevolent's army.

When Skulduggery's arm is ripped off by the Black Cleaver, Lord Vile takes control breifly (without donning the armor) and blasts the Black Cleaver with shadows, breaking every bone in his body.

In the alternate dimension, Lord Vile goes face to face with Skulduggery, and flings him away after Skulduggery claims to be a better man than Vile. Vile later aids in the attack agains Darquesse when she visits Mevolent's dimension, severly injuring her. Vile tries to retrieve Mevolent's gun that can briefly drain a user of their magic, but the gun is destroyed and Vile leaves, injured.

Lord Vile is an extremely powerful necromancer, possessing the ability to manipulate darkness and shadows to suit his will, able to teleport through shadows, impale his enemies with swords and knives made of shadows, and ever wears an armor made entirely of shadow and darkness. Vile can performs a necromancer technique called "Death Bubble", making him able to drain the life out of his enemies, however he needs time and concentration to do so. Vile possess some control over air, being able to fly by manipulating the air around him. Vile uses his vast experience and knowledge in combat to take on those more powerful than himself, such as Kitana, Sean and Dean, three teenagers who have been granted godlike powers, and even Darquesse herself, an sorceress that knows her true name and would use her power to destroy the whole world.

Vile is so skilled and powerful in necromancy, that all necromancers around the world viewed him as the Death Bringer, a dark messiah whose fate is to kill half of the human's population, and by doing so, destabilize the stream of life and death.

Vile is a cold and treacherous murderer who never speaks anything, filled with rage and hatred after witnessing his family's death, only wishing to kill as many people as possible, this being the solely reason why he joined Mevolent's army, as Mevolent allows him to kill all his enemies, and because Vile secretly wants the Faceless Ones to be brought to their world, so he can starts killing an entire race of gods after finishes with the human race. 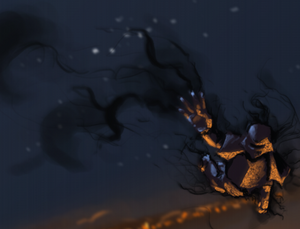 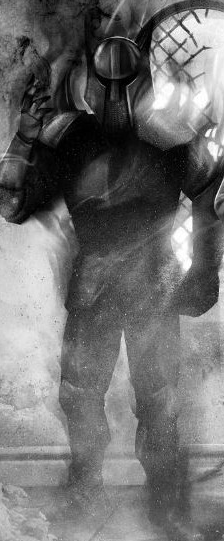 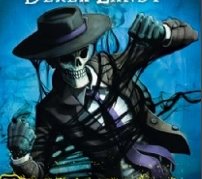 Skulduggery transforms into Vile.
Add a photo to this gallery

Retrieved from "https://villains.fandom.com/wiki/Lord_Vile?oldid=4205476"
Community content is available under CC-BY-SA unless otherwise noted.