He was voiced by the late Robert Axelrod, who also voiced Lokar in Season 1 of Mighty Morphin Power Rangers, as well as Finster.

Lordd Zedd came to Earth after hearing of his top minion Rita Repulsa's failure to defeat the Power Rangers. Finding this to be a disgrace, he magically first stripped the space witch of her Magic Wand with his signature Z Staff imprisoned her inside her Space Dumpster, hurled her into space from the Moon Palace on the planet Earth's moon, and took over the job of destroying the Rangers himself.

Zedd then used his powers to create the monster Pirantishead, who defeated the Dinozords and assumed control of the Tyrannosaurus Dinozord and the Dragonzord. After the Rangers got their zords back under control, Zedd angrily opened a crevice in the Earth that swallowed all the Dinozords, with the exception of the Dragonzord. But the Rangers struck back with their new Thunderzords and defeated Pirantishead, though Zedd was not ready to give up so easily.

He once desired Kimberly to be his queen based on her good looks and tenacity, and sent Goldar to capture, brainwash and train her into being so, but his plan failed when it was discovered that the magic dust that was used to entrance her didn't work and that she was really doing a Rita impression to fool Goldar and buy the Rangers enough time to rescue her. Zedd has hated Kimberly ever since.

He continued to battle the Rangers, creating monsters from various objects on Earth. Later after it became clear that Tommy's Green Ranger powers were truly starting to fade, Zedd began creating monsters specifically designed for the task for draining them.

Eventually, he used a green crystal and a monster called TurbanShell to take the last remnants of Tommy's powers so as to fuel his own team of Dark Rangers. However Tommy foiled Zedd's plans, though he still lost his powers as Tommy becomes Green no more. Another of the dark emperor's plans was creating candles, similar to the green candle Rita used to drain Tommy's powers in the first place, for Billy, Zack, Trini, and Kimberly so as to drain their powers as well. Jason, who was haunted by the fact that he had failed to save Tommy's powers in the same situation, overcame his doubt and managed to foil this plan as well. After the Rangers were rejoined by Tommy, now the White Ranger, Zedd realized that they were much formidable than he had wanted to admit.

When three of the Rangers, Jason, Zack, and Trini were leaving Angel Grove for the World Peace Conference in Switzerland, he unleashed his own zord, the titanic Serpentera, which could have easily wiped out the Rangers' zords. However, he could nott do so since the zord's power drained rather quickly. But the Rangers managed to transfer the powers to three other teenagers, Rocky, Adam, and Aisha before Zedd could attack with Serpentera.

Soon the time came for Zedd to undergo his Centennial Recharge, a state of slumber when he would recharge his evil energies. However Rita Repulsa returned with a plan for revenge, she contacted Finster, who made her a love potion. She poured it into the recharging machine, which made Zedd fall in love with her upon his awakening, instantly marrying her. Now with both Zedd and Rita to deal with, the Rangers were barely able to win their battles. The schemes they came up with included the creation of an evil clone of Tommy, Tom Oliver, and sending the Rangers to the past. Zedd was not happy when Rito Revolto, Rita's brother, showed up, who constantly annoyed him and often called him "Ed", much to his chagrin. Later Goldar managed to get the love potion out of Zedd's system, but much to everyone's shock, he had real feelings for Rita. Zedd and Rita eventually managed to capture Kimberly so as to force the Rangers to act as the pilots for their newly discovered Shogunzords.

When Tommy attempted to rescue her, the Emperor of Evil engaged the White Ranger himself and easily defeated him in combat. The only reason Tommy survived, was because he destroyed Zedd's Z Staff and he retreated. Later when Master Vile arrived on the Moon seeking the Zeo Crystal, Zedd was pushed off to the side, something that he was not happy about. Needless to say, he was ecstatic when Vile left after his defeat at the hands of the Aquitan Rangers. Thanks to the Orb of Doom turning back time and transforming the Rangers into children, Zedd only had an aquatic group of aliens, who weakened on land, to deal with. During this time, He and Rita succeded in destroying the Earth Rangers' Ninja Power Coins, but only after Billy, the original Blue Ranger returned to his normal age by using them to power a machine he created. Zedd eventually got his hands on a map of the Command Center and managed to find a weak point in its defenses. Zedd sent Rito and Goldar to plant a bomb and steal the Zeo Crystal, which they were successful at, but only after the crystal returned the planet back to normal.

However before they could celebrate their victory, Zedd and Rita's palace was attacked by the Machine Empire, forcing them to flee., although he didn't want to, as they planned to go live with Rita's father. Using Serpentera, they went to stay with Master Vile in the M51 Galaxy, but they weren't defeated yet. Zedd and Rita later returned in a camper so as to take down King Mondo and the Machine Empire. They used a series of plots to prevent the robots from emerging the victors and even helped the Rangers at one point, so as to foil a plot by Prince Gasket, where he brainwashed Tommy into thinking he was leader of the Machine Empire. Finally, Zedd used a bomb to blow up the Royal House of Gadgetry, leaving the empire to crumble.

Zedd and Rita briefly appeared during Turbo: A Power Rangers Movie, the film used to set up the next Power Rangers series, Power Rangers Turbo. Divatox called Rita to get advice on how to fight the Power Rangers, but the sorceress instead complained about Zedd's snoring and told Divatox to run, instead of attempting to fight. It was believed that during the Turbo season, Zedd and Rita were raising their son, Thrax, which is why they didn't attack Earth.

In the premiere episode of Power Rangers In Space, Zedd, his wife, and their army later attended a meeting of the United Alliance of Evil on the Cimmerian Planet organized by Dark Specter, where he toasted the lord of evil's capture of Zordon.

Zedd and Rita did not appear again until the finale, where they joined in the United Alliance of Evil's assault on the universe and assaulted the Vica Galaxy, taking control quickly and defeating the Gold Zeo Ranger in the process. Eventually, Dark Specter, Astronema, Darkonda, and Ecliptor were all defeated, leaving Zedd, Rita, Divatox's forces and the Machine Empire the only villains still fighting. However, the wave of energy from Zordon's sacrifice washed over them, while it destroyed most of the forces of the UAE, Zedd and Rita were spared and transformed into humans.

However, Zedd returned as the main antagonist in the PlayStation 2 and PC versions of the video game Power Rangers Super Legends, where he was corrupted and transformed back by a past version of himself. He proceeded to wreak havoc throughout time and it took a combined team of Power Rangers from different times to defeat him. Zedd was defeated and fled to a void outside time, but he dropped a time crystal in the process, trapping himself there.

In his debut appearance and 40 episodes after, Zedd starts off as very menacing, formidable, dangerous, antipathetic, egotistical, narcissistic, and destructive. He is extremely diabolical, opprobrious, vituperative, sadistic, and blasphemous, so he abuses his lackeys, silencing Goldar and others frequently and blaming them for most failures rather than taking responsibility for those failures himself. However, during and after The Wedding, thanks to Rita's Love Potion, he becomes mostly loving, benevolent, compassionate, and appreciative towards Rita, but he still abuses her and others when he doesn't get his way; for example, during their first marital argument, he silenced Rita and demanded her respect from him when she blamed him for their recent failure, then refused to comply to her listening to him from then on. Zedd harbored a lot of disrespect for Master Vile, especially when he got pushed to the side, and was also extremely disdainful, rebarbative, and contumacious for him having stopped them from destroying Angel Grove.

When he was turned good by Zordon's Energy Wave, his negative personality traits were mostly purged; his love for Rita was enough for Zordon's energy to turn him into a human being. However, Zedd's hunger for power remained, as shown in Super Legends, he missed his former power and travelled back in time to witness his former self, which led to him becoming extremely evil and manipulative again. Whether this is canon can be debated, since the events of the game aren't shown during the TV series. Also, in the Nintendo DS version of this game Zedd is absent and Emperor Gruumm serves as main antagonist.

Lord Zedd has dangerous dark powers which he channels through his mighty Z-Staff and mainly utilized them to create monsters out of objects. He also possessed grenades called "growth bombs" that he would throw down to his monsters that would allow them to grow. After marrying Rita, she and Zedd would cross their staffs to grow the monsters. He is also a very capable hand to hand fighter, since he easily defeated Tommy in combat. Zedd can also use his powers to see things that are far away.

Among other things, he is able to teleport, create illusions - such as his first appearance in the second season in the form of giant projection in space above the Rita's palace. Also, in some cases, he could create things out of thin air to turn them to any other object, and throw lightning bolts from his hands, which are often frightened his minions. 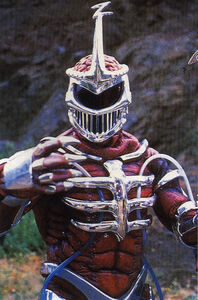 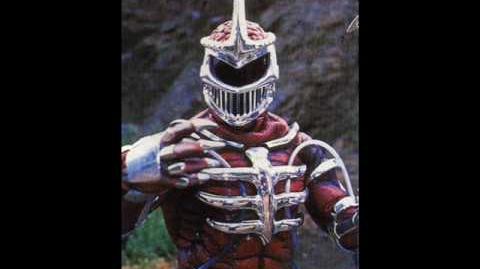 Lord Zedd's Theme
Add a photo to this gallery

Retrieved from "https://villains.fandom.com/wiki/Lord_Zedd?oldid=4319898"
Community content is available under CC-BY-SA unless otherwise noted.