Obtain the Azoth and become immortal.

Aureolus Lorenzo Belli is the main antagonist and final boss of the 2005 survival horror videogame, Haunting Ground. He is a cloned descendant of Aureolus Belli, in the 13th generation, and lives in Belli Castle studying alchemy.

Lorenzo is an enigmatic figure who is sequestered for most of the game, but does what he can to aid Fiona Belli. Little is known about him initially except that he is extremely old and confined to a wheelchair. Once Fiona defeats Debilitas, Daniella, and Riccardo, she meets Lorenzo, who reveals his true intentions he needs the Azoth to attain immortality, and was helping Fiona in order to bring her closer to him. His true name is Aureolus Lorenzo Belli.

Lorenzo is endlessly persistent and will not cease pursuit, returning to life each time Fiona attempts to kill him but he is also the weakest, due to having to crawl on his hands. The third time Lorenzo returns, he restores his youth and power, looking similar to Riccardo and Ugo, and during the final battle is pushed into a pit of molten lava. As Fiona and Hewie begin to leave the castle, Lorenzo returns one last time as a flaming skeletal figure and begins pursuit once again. Eventually he succumbs to the flames, and dies for good.

In Lorenzo's final form as a flaming skeletal figure, the level can be very hard, because:

Everything is shaking and collapsing, and Fiona will fall down if she doesn't stand still, slowing her down. Flaming Lorenzo is very quick. And when a statue is about to fall on Fiona, it takes time for Fiona to "push" it on its place. When Lorenzo is very close to Fiona, and she has not pulled the statue away from her, it can result in a instant game over, because flaming Lorenzo can kill Fiona instantly if he touches her. 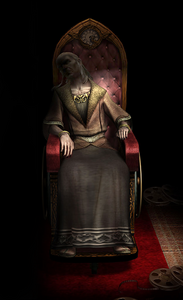 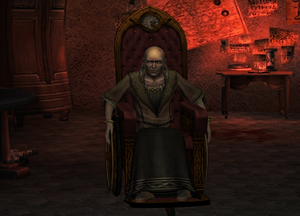 Lorenzo dies by a rock grinder. 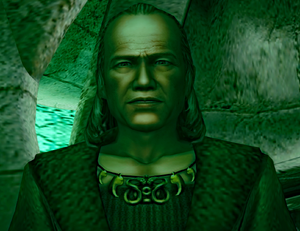 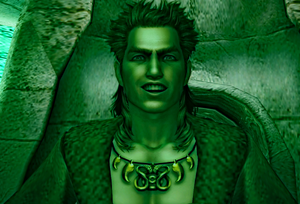 Lorenzo chasing Fiona.
Add a photo to this gallery

Retrieved from "https://villains.fandom.com/wiki/Lorenzo_Belli?oldid=3964097"
Community content is available under CC-BY-SA unless otherwise noted.