Attend to the business and the situation of his organization in their office.

Direct the works and plans he has proposed for his henchmens.

Prosper the Mafia firmly and have control of the city forever.

Lorenzo Medici is the leader of the infamous Medici Mafia and one of the main antagonists in the 2012 indie fighting game Skullgirls. Lorenzo has naturally made a lot of enemies throughout his eerie career. As a result, he spends a great deal of his time in the security of his office in his tower, guarded by Black Dahlia and dozens of henchmen.

Used the power of "Life Gem" to keep youthful but because Miss Fortune swallowed it, the power was lost and got aged suddenly. In the story of Peacock, the Medici mafia was driven to the point of extinction, and in the story of Squigly it was shot down to the airship for evacuation which the Medici tower was destroyed byMarie.

He was voiced by the game programmer and designer director Mike Zaimont.

In the remote ages in Canopy Kingdom, when the city of "New Meridian" was just being built and establishing itself as a community, Lorenzo could have been born in those times; has been dedicated to crime in his adolescence and inherited, by his father, the post of boss in the mafia at the beginning of adulthood.

Lorenzo Medici becomes leader of the Medici Mafia. He is an incredibly old man who is secretly kept young by using the magical Life Gem.

The Contiellos are valued clients of the Medici Mafia. Double presents the Contiello family with the Skull Heart, but Lorenzo Medici has them all murdered so that he can claim it. Sienna "Squigly" Contiello is one of the victims and Squigly's mother becomes the Skullgirl. In a desperate attempt to save her, Leviathan grafts himself onto Squigly. Big Band is instrumental in defeating the Skullgirl.

At some point in history, decades before the events of the game, blackmail Eliza into working for them. They were able to do this because Eliza herself dabbles in racketeering, skimming off the top of her blood drives. It was implied this would lead to bad things and it does. Things never stop becoming worse and she appears to be causing it all for kicks.

He was responsible for entrusting his slave traders, in dismembering Patricia's limbs for his defiant and rebellious character.

A band of otherwise Dagonian thieves, whose last caper ended in tragedy; in an attempt to steal the Life Gem, a valuable and mystical artifact, from Lorenzo Medici, all were caught by the Mafia and brutally killed. Nadia managed to swallow the Gem and gained immortality from it (or at least a near-infinite Healing Factor, which amounts to the same thing). Which allowed her to survive the mob's vengeance, Dahlia and her goons chopped her into little pieces and dumped her in the river with the bodies of the rest of her gang. She now lurks in the shadows of Little Innsmouth, plotting her own revenge against the Medici Mafia.

The Peacock's story, she confronting the head of the Medici Mafia, Lorenzo Medici, having destroyed all of his henchmen save one. Lorenzo calls for Black Dahlia, and the final frame is the two of them engaging in battle.

In the end of Eliza story, floods her hall with blood that forms a giant lion-like figure, made of all the blood she has been collecting in her life in order to make a strike on the whole Medici mafia. Setting it out on the city to destroy the Medicis while they were still vulnerable. Pretty much as an opening act to take over the world.

Lorenzo can be seen giving orders to Ottomo and Vitale whilst Black Dahlia stands guard in the background of the Medici Tower Stage. In the alternate version of the stage he simply drums his fingers on his desk out of boredom, without anyone to give orders to. 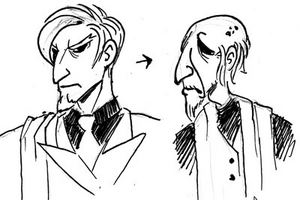 Sketches of the the different faces of Lorenzo, young (left) and old (right). 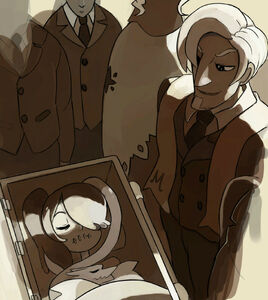 Lorenzo witnessing Sienna at her wake after having murdered her. 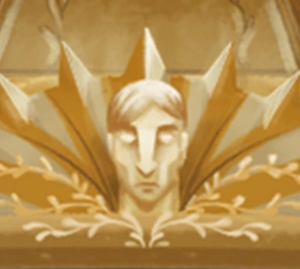 Bust of Lorenzo Medici in the tower.

Lorenzo worked in his office with his acomplices. 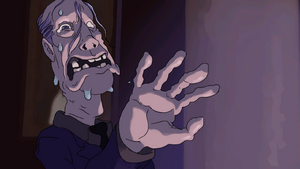 Lorenzo scared by the arrival of Eliza towards in his tower.
Add a photo to this gallery

Retrieved from "https://villains.fandom.com/wiki/Lorenzo_Medici?oldid=3698043"
Community content is available under CC-BY-SA unless otherwise noted.