Dominate the world with the Las Plagas parasites.

Los Iluminados ("The Enlightened Ones" in English) is a cult that operated in a rural part of Spain and the main antagonistic faction of Resident Evil 4.

They are responsible for the kidnapping of Ashley Graham, the daughter of the president of the United States of America, and planned to use her to take control of the US government and eventually the rest of the world.

The cult first came into being sometime in the 18th century and worshipped Las Plagas, a breed of parasitic organisms that could control their hosts. However, the first castellan of the Salazar family eventually outlawed the religion of the Los Iluminados, sealing the Las Plagas in a series of caves beneath his castle.

Many years later, Los Iluminados returned under the leadership of Osmund Saddler and Ramon Salazar, the 8th Castellan of his family, who wanted to make up for what he viewed as "sins at the hands of his ancestor". Salazar had workers from the nearby village begin mining in the caves and his castle became a base for Los Iluminados. Eventually, the Las Plagas were re-released, but it seemed as if they couldn't be brought back, since all that was found were fossilized Plagas remains. However, the parasites were actually alive, surviving all those years by lying dormant at a cellular level and taking a spore-like form. These infected the workers, eventually becoming full-grown Las Plagas and Saddler began using them to produce more parasites, which allowed him to secure complete control over Los Iluminados and grant the members the mutagenic powers of the parasites. Saddler himself took in a Master Plaga to have complete control over every other and injected his higher ranking servants with similar, though lesser, Plagas to let them direct the Ganados. The villagers returned to their normal lives, working on farms and in the mine, attending cult services and protecting against outsiders while the main Los Iluminados members performed dark rituals in the name of Lord Saddler and their religion.

However, Jack Krauser came to the village, seeking Las Plagas, and kidnapped Ashley Graham, daughter of the U.S. president. Los Iluminados planned to use her in a plan to take over the world, infect her with the parasite and then give her back to her father (in exchange for a ransom), so that she would infect him and other major American political leaders. As a backup plan, Los Iluminados planned to use Saddler's paramillitary force to infiltrate the U.S. and generate discord from within, gaining new cult members at the same time. However, when Leon S. Kennedy arrived, he did major damage to the Los Iluminados in his mission to save Ashley, taking down its key members before finally killing Osmund Saddler, destroying the Master Plaga and presumably bringing an end to the cult.

It's later revealed that despite being reduced into shadows of their former selves, Los Iluminados is later revealed to still active, as they assisted Glenn Arias to plan a massive terror attack in New York. Their success was short-lived however, as Chris, Leon, and Rebecca managed to kill their ally and cured all surviving victims.

The Zealots or Cultists are Ganados and primary members of the Los Iluminados cult based in Ramon Salazar's castle. They are dressed in clerical robes and habits bearing the cult's insignia. Black is worn by the regular cultists, purple by elites, with red worn by the cult leaders. The Zealots are better equipped than the villagers, carrying a variety of medieval armaments, such as scythes, flails, crossbows, RPG-7s and even dynamite-throwing zealots appearing occasionally as well. Some zealots also carry heavy wooden shields or wear iron masks to protect themselves from gunfire.

The colors of a Zealot's robe appear to indicate rank or status within the cult:

Although better-armed and equipped than the villagers, Zealots tend to be somewhat more zombie-like in their behavior, often shuffling around aimlessly when not accompanied by higher ranking cultists, mumbling or chanting sinister mantras to themselves. Once aroused, however, Zealots will attack with surprising haste and viciousness. With the exception of the shield carriers and bowmen, these Ganados attack in much the same way as villagers. Here follows a list of equipment and their common uses:

Likely having not left the castle for years, the Zealots' skin is much paler than that of the villagers, and all of them appear to be bald, although their baldness is likely a result of having deliberately shaved their head as a religious statement rather than as a symptom of their infection. Others are ritually tattooed or scarred. Overall, the Zealots are likely the most sinister and frightening to the Ganados.

After defeating Bitores Mendez, you can still return to the village. When entering the church, you will see two black-robed zealots from the scene where Ashley and Leon jump through the window. In Salazar's castle, whilst the zealots are 'sacrificing' around what appears to be a heart, you can sneak up to the edge, and if equipped with a missile launcher, you can take them all out with one shot if done properly.

Residents from the Ganado-controlled El Pueblo village are also loyal members of the cult, they were given specific orders from Saddler himself to kill any intruders to the Village who's infiltrated it as well as keep Ashley imprisoned within the church. They were partly responsible for the release of the parasites; hired Miners from the Village dug out Las Plagas under the leadership of both Saddler and one of his most trusted lieutenants: Ramon Salazar. They were eventually infected with the Plaga and led by Chief Bitores Mendez, another one of Saddler's lieutenants.

They use household items and farming tools as weapons. They are possibly the most ruthless and savage of the three Ganado groups, having more dangerous weapons but are not as powerful as the Zealots or Combatants:

Combatants are Saddler's personal soldiers and guards of the Los Iluminados-controlled Island Base. They are also Saddler's Private Paramilitary Army who were infected with the Plaga. Befitting their combat training as well as their appearance late in the game, they are the most dangerous Ganados encountered by Leon. Although they are military soldiers, they rarely use firearms or guns; the only firearms they use are Rocket Launchers, Mini Guns and Crossbows. They can also man powerful Turrets and even had a secret Shipyard which contained a dreadnought with several large cannons, machine guns, gatling guns and what appeared to be Cruise Missiles. Prison Guards are also a variant of the Combatants who are mostly armored.

They borrow weapons from both the Villagers and Zealots but have newer weapons of their own:

With Las Plagas, Saddler as well as Luis Sera and possibly other researchers managed to create a number of creatures. 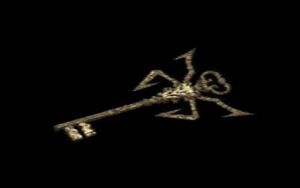 The Insignia Key belonged to the Los Iluminados cult. 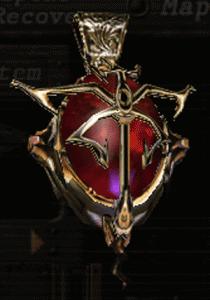 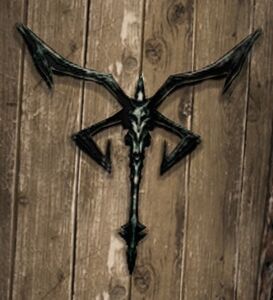 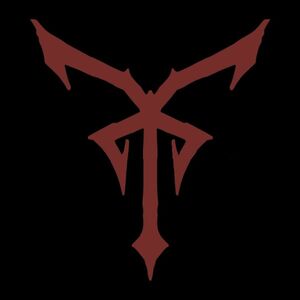 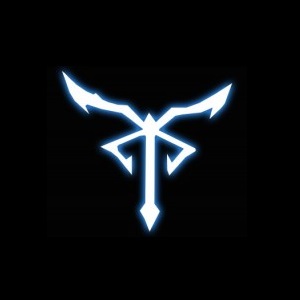 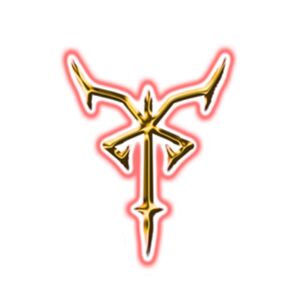 The symbolic crest of the Los Iluminados. 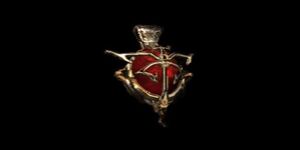 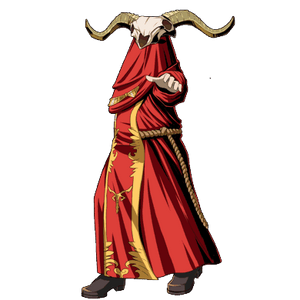