Kill Trevor Philips and take over Blaine County (all failed)

Los Santos Triads are a villainous faction in the 2013 video game Grand Theft Auto V. They are a Chinese crime syndicate led by Wei Cheng, who happens to be the father of Tao Cheng. Its only named members are Cheng himself, Tao and the latter's translator. They are the secondary antagonists and also allied with the O'Neil Brothers.

The Triads get into contact with Trevor Philips, leader of Trevor Philips Enterprises as Wei Cheng wants to expand into Blaine County. However, due to Trevor's reckless activity and violent actions after an Azteca's attack in his meth lab that nearly killed his son Tao and Cheng's translator in the process, Cheng eventually turns down Trevor's contract and instead allies himself with Elwood O'Neil and his brothers for a more suitable task. When Trevor discovers this, he threatened to hurt Tao unless Cheng's translator confesses who Cheng is working with and, after giving Tao a few bruises by slamming his head against the wall a couple of times, learns that The O'Neil Brothers are working for Cheng. Trevor would later confront the O'Neil Brothers at their meth lab home and kill all but 3 brothers at the shootout before burning down their building (as Elwood, Walton and Wynn left the house at some point prior to the incident later angering Elwood). Trevor would later attempt to earn Cheng's trust once more by stealing a super chemical weapon from Merryweather Security Consulting and then planned to sell it to him, but was forced to return it by Franklin, Michael and Lester after knowing that he and his people in his life would be killed on the watch list (in Lester's words in the entire planet) and not just Merryweather nor the FIB or even the IAA. Having later learned of the incident at the O'Neil ranch and the death of Elwood and his brothers, Cheng vows revenge and then plots to have Trevor killed for his deception.

Later in an act of vengeance, Cheng sends some of his men after Trevor and finds out he is heading to Ludendorff, North Yankton to find out the truth of his former partner in crime Brad Snider who is buried in Michael Townley's grave. When Trevor and Michael De Santa have a standoff over Michael's (Brad's) grave, the Triads ambush the duo and Trevor manages to escape BEFORE Michael shoots out his way out of Ludendorff cemetery. He then attempts to escape via car, only for Trevor to sabotage Michael's car and Michael is capture as a result since they think that Michael is Trevor's lover when Cheng learned that Trevor was once exiled from Los Santos by Martin Madrazo and in hiding with Michael and a maid (Madrazo's wife). Trevor is back at Los Santos and as he nearly lands in Blaine Country, he receives a phone call from Cheng himself. Trevor questions Cheng's business, with Cheng responding that all is well and that his son is still learning the ropes. Cheng then gets down to business to as how he could've have talked to him over the incident at the O'Neil Ranch, to which Trevor seemly says that TP Enterprises has always been successful. Cheng then reveals that he has all ready began his vendetta by revealing of Michael's kidnap and threatens to have him killed if Trevor does not corporate with him, Trevor, however, ignores this and, furious at Michael for his betrayal 10 years ago (when Micheal made a deal with Dave Norton by faking his death which nearly killed Trevor and killed Brad), tells Cheng to tell Michael that he "loves him dearly", stating that Trevor tells Cheng to kill Michael anyway, before hanging up.

A while later, after completing a last job for Devin Weston, Trevor meets Franklin Clinton where the two get into an argument but later make amends. At this point on, Trevor starts to release his guilt as Franklin questions him that Lester Crest said that he knows something about Michael's whereabouts. Trevor is very reckless to confess at first but reluctantly reveals that he and his partner Ron had been working with Cheng after meeting him in China, and they had a few problems since Cheng had given the contract to Elwood and his brothers and had mistakenly kidnapped Michael as Trevor's lover and now he is taken hostage in a hidden location in Los Santos. Trevor angrily leaves for Michael to die while Franklin alone tries to find him, with some help from Lester on Franklin's phone with a tracking device. On this occasion, Michael is seen buried as tortured as Cheng is finally seen in the game. Michael argues with Cheng that he knows nothing about Trevor, whom he tells that Trevor is laughing him off the set and that he and his Triad family are making a mistake. Cheng is unfazed however, before threatening and warning Michael that he had to cost a lot of money to track him down, after he called every favor he could from the Midwest whilst Michael ended up killing a lot of his men. Cheng then orders Michael's death as he assumes that Trevor is not coming to talk about business. As Cheng leaves though, Franklin would later on find Michael and rescue him as the two end up killing all of Cheng's men inside the building. On the way home, Michael would explain the incident that he and even Trevor would have to try and worry of what Cheng would take in stall. Trevor would later be informed by Cheng about Michael's escape. Leaving both angry, Trevor that Michael remains alive and Cheng putting a price on their heads.

Towards the ending of the game, Dave Norton would tell Michael that Steve Haines wants Trevor dead for several miscalculations that he had caused. He would include "Chinese Gangsters", meaning that both he and Haines have known of Cheng's involvement against Trevor and what he could be capable of against him.

Although not seen or mentioned or even heard again at the first two alternate endings, Cheng and his gang would've been either pleased or satisfied after Option A or Option B that ended in the death of either Trevor (A) or Michael (B) themselves. However, they are seen as the secondary antagonists in Option C where Franklin is their main focus and enemy of this mission. Along the way to meet up with Michael and Trevor on how he must save the two from Haines FIB Unit and Weston's Merryweather Mercenaries, Franklin would explain to his friend Lamar Davis that the two are in danger of not only Steve Haines, Devin Weston, the FIB and even Merryweather, but also from Cheng and his gangsters. After surviving the shootout, as they explain the situation of killing off loose ends, Franklin would later include Cheng, who reveals to still assume that Trevor and Michael are dating and may try to kill them again, to which Michael agrees on. Trevor would identity Cheng's name to Lester, who is on the computer to find Cheng and several of other loose ends. While Trevor (who would later call Ron to inform him that TP Industries is now on top business and that Cheng and his henchmen as the "Chinese Problem will be taken care off) goes on to kill Haines and Michael chooses to kill self made but high ranking Ballas gangster called Harold "Stretch" Joseph. Franklin is left with Cheng's location, who is located at the Beach Club with his son and the remainder of his henchmen left with Tao's credit card. Franklin then finds him as Cheng wants to head off on his plan to start a new business. Franklin would later attack the triads and kill all of Cheng's goons, except his son, as Cheng is taken off guard by the sudden attack and demands to know who sent Franklin, attacks Franklin. By any way of weapons, Franklin kills Cheng and spreads the news to Michael and Trevor, who replies that he won't be selling some super-weapons to Cheng either but it doesn't really matter. After killing Devin Weston and the end credits, the aftermath would later show that the news of Cheng's death is discovered in Los Santos, including all his crimes. At this point on after Cheng's death, his brother and Tao’s uncle becomes the new leader of the Triads and Tao continues to represent them in Los Santos. 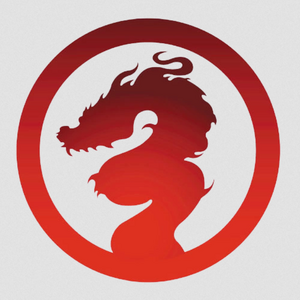