Devouring the memories of people to satiate her appetite.

At some point in their childhood, the siblings Louis Arneb, Lye Batenkaitos, and Roy Alphard absorbed the Gluttony Witch Factor, giving them access to the Authority of Gluttony. For unknown reasons, Louis was born in the Corridor of Memories, an endless white space where the souls of the dead went to get filtered of their impurities for recycling. Arneb was unable to leave this place until she discovered that she could temporarily possess her brothers. However, taking the bodies of her brothers only satisfied her for so long, as she eventually began craving true freedom.

Her brothers, eager to please their little sister, would consume the best souls they could find as anything they ate would be felt by Louis. Befitting of the sin she represented, Louis had an insatiable hunger for human flesh and memories. Using her Witch Factor, the Authority of Gluttony, Louis could eat the identities and memories of her opponents without killing them, essentially leaving them as forgotten husks.

Louis, like her brothers, referred to herself using collective pronouns such as "we" instead of "I". She appeared to lack any form of remorse, as she was perfectly willing to massacre and devour fellow humans. She had a deep passion for her immoral consumption of human memories, however, no amount of food had ever been enough to fully satisfy her hunger.

After mysteriously materializing in the real world, Arneb's mind deteriorated into an infantile state. She was incapable of speech and complex thinking, instead displaying a mind driven by instinct similar to an animal's. Interestingly, she seemed to have an amicable inclination towards Subaru in this state, despite his previous actions against her. She would even go as far as to affectionately lick his face and protect him when others threatened his life, as was the case when she tackled Rem when the demon girl tried to strangle Natsuki. Even when he openly abused Louis she continued to act friendly towards Subaru. 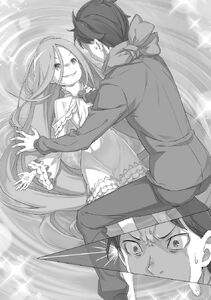 Louis getting strangled by Subaru Natsuki in the Corridor of Memories. 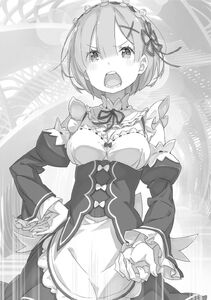 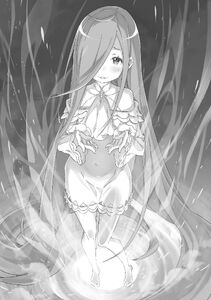 Louis, having been affected by Rem's feelings, felt an infatuation with Subaru that wasn't her own. 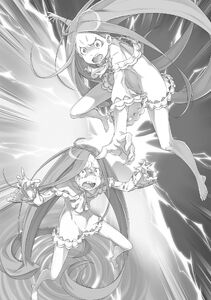 Two aspects of Louis Arneb, consumed by their own desires, battling within the Corridor of Memories.