Be in a relationship with Joe Goldberg and start a family with him.

Cover up Joe's murder of Henderson (both succeeded).
Prevent Joe Goldberg from being caught for his crimes (Hidden Bodies, failed).
Keep Joe interested in her.
Get away with her murder of Natalie Engler.
Kill Joe Goldberg (failed).

She is portrayed by Victoria Pedretti as an adult and by Olivia Ragan as a young child.

She is a member of the rich and powerful Quinn family, being the daughter of Ray and Dottie Quinn, and twin sister of Forty Quinn. She has a close bond with her brother, and the two were abused by their parents in their youth. Love eventually learned that Forty was raped by their babysitter Sofia, and killed her and allowed Forty to believe that committed the crime. Afterward, Sofia's death was covered up by their parents, while Forty suffered from a decline that caused him to become an addict, and later enter a twelve-step program. It's assumed that Love did this not only to protect her brother, but also to make him rely on her when he needed to, as it's shown that he relies on Love's support and attention.

Love married a deaf man named James Kennedy in July 2016, but the two later divorced for an unknown reasons. Kennedy later died in 2017 due to cancer, and Love became filled with grief, and when meeting Joe, sees that he has suffered lost as well. However, it's theorized that Love might have killed her husband for unknown reasons, due to her manipulative nature. It's also theorized that Kennedy might have learned of Love's possessive nature, or she possibly stalked James before they met and later married.

Love later becomes an employee at the Anavrin, a marketplace owned by her parents, and is also an aspiring chef. She is also friends with literary agent Lucy Sprecher, blogger Sunrise Darshan Cummings, and acupuncturist Gabe Miranda. In addition, Love isn't interested in social media or branding, and wants to live an interesting life after experiencing grief from her childhood and from her marriage.

Before the events of season two, Love was secretly stalking Joe presumably before or after he came to Los Angeles.

Love meets the protagonist of the show, Joe Goldberg early on in the second season. Joe falls in love with her and attempts to be in a relationship with her. They engage in an on and off relationship throughout the series but seem to still have strong feelings for one another. Candace Stone, an ex-girlfriend of Joe’s whom he unsuccessfully tried to kill, later reveals Joe's past to Love, who later confronts him about the accusations, but he states that he left New York to get away from Candace.

In the season finale, it is revealed that Love has been stalking Joe and was researching him behind his back. She has also been manipulating many of the things he experienced throughout the season to happen, such as killing Delilah Alves. When Candace traps Joe in a cage he owns with the corpse of Delilah, she calls Love to see it with the intention of exposing Joe.

Love pretends to storm off crying and upset, as Joe confessed to everything he did previously and wants to held accountable for his own actions. Candace follows her to console her and by surprise Love quickly slits Candace's throat, killing her. Love returns and reveals to Joe that she was stalking him, and murdered Delilah herself. Afterward, Love also tells Joe that she is pregnant with their child when he attempts to kill her, and the two decided to stay together for the sake of the unborn child. Afterward, the two eventually stayed together and married, and are seen living in a suburban neighborhood. Love is shown to be pregnant with their child, but Joe has become interested with their neighbor.

At first, Love shows herself to be intelligent, kind and good natured, as she loves cooking for people and making others happy. She has a close bond with her brother, being protective and caring for his needs, often taking him to places that needs to be. Once she meets Joe, she shows herself to be outgoing, taking him on adventures, but having an on and off relationship with him. She inside, she shows herself to be saddened by many things that have happened in her life, such as her losing her husband and the abuse she and her brother suffered from their parents. Despite having suffered from a great loss, she is shown to be an idyllic person, as Joe is unable to resist and fall in love with her.

However, most of Love's compassionate personality is a façade, as she is obsessive, cunning, manipulative, possessive and delusional individual. She is willing to go to great lengths to have Joe, wanting him to meet her friends immediately, and was annoyed that he cancelled some of their dates. Love is cunning and analytical, being able to figure what the perfect meal is for Joe, and manipulated many events for him to stay with her. She is also strategic, as she tells Joe of her plan to have Ellie fall for the murders, but knows she won't be arrested because of her family's connections. In addition, she is greatly possessive, wanting her brother to always need her, and wanting Joe close to her.

She is also unnervingly delusional, telling Joe that he was justified in killing Beck, stating that she wasn't special. In addition, she believes that what she does is for Joe's love, as she kills Delilah, Candace, and is willing help cover up Henderson's murder. This is further proven when she admits to stalking Joe, and admits that she loved him since then, causing him to lose his idyllic and perfect view of Love.

She is a mirror image of Joe himself, as both have experienced abuse from their childhoods, grieve over love ones, and are willing to protect someone they care for. Both are also greatly charming and manipulative, being able to put on facades that them kind and nurturing, and have a strange idea of romance. However, both are honorable in some ways, as both have protected their loved ones, as Joe killed Ron to protect Paco, as Love murdered Sofia to protect Forty. 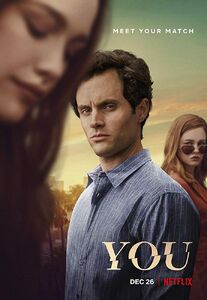 Love with Joe and Candace on the season two poster. 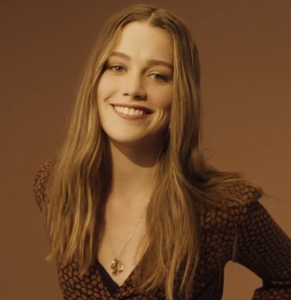 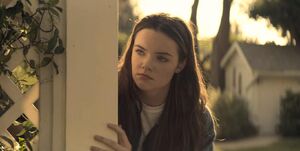 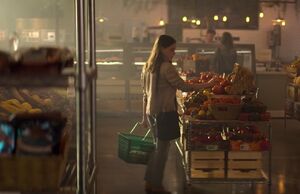 Love at the market. 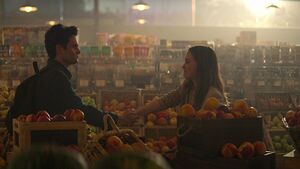 Love meets Joe, who is posing as Will Bettelheim.

Love with her friends. 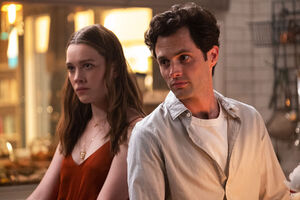 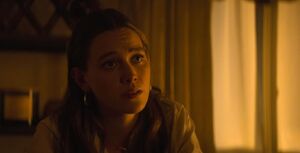 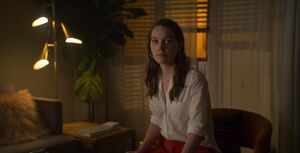 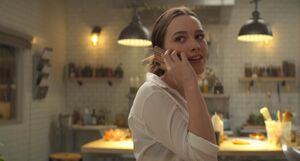 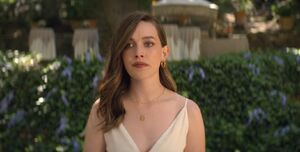 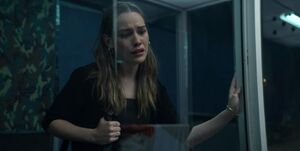 A heavily pregnant Love in the season two finale.