Ruler of the Omicron aliens

Lrrr is one of the two secondary antagonists (alongside Richard Nixon) of the animated series Futurama. He is an evil alien emperor who rules the planet Omicron Persei 8. He wears a red cape and has a brownish body. He is known to have violent habits; while watching Single Female Lawyer he says "If McNeal wants to be taken seriously, why does she not simply tear the judge's head off?!" He has been known, along with most of his species, to eat almost anything and anyone and kill people for no reason. He enjoys Earth sitcoms and will blow up the Earth unless he knows the ending to them.

He is voiced by Maurice LaMarche, who also voiced The Brain, Donbot, and Morbo.

He and most other Omicronians have had children who were eaten by the humans on Earth. He is currently married to his second wife, Ndnd. Lrrr and Ndnd seem to have a rocky relationship, and constantly complain about one another. In "Spanish Fry", Lrrr buys some human horn to try and impress Ndnd. In "Lrrreconcilable Ndndifferences", Ndnd kicks him out because he has grown tired of conquering any planets for her. However, Ndnd takes him back at the end of the episode after she was tricked by Fry into believing that Lrrr invaded Earth.

Much of Lrrr's actions have been to try and make his father proud, but he has remained largely unsatisfied with his son. 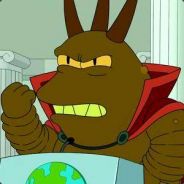 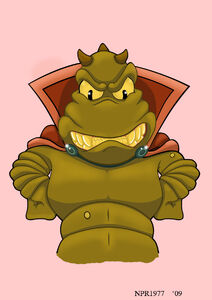 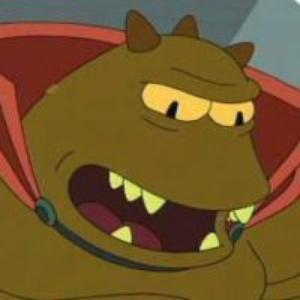 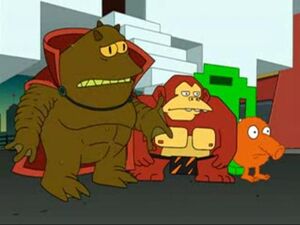 Lrrr with the Planet Express crew 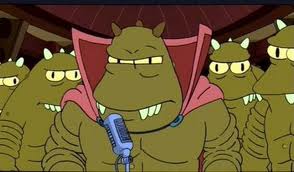 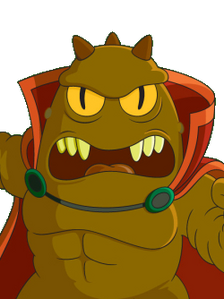 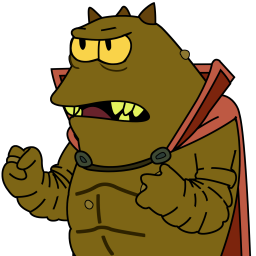 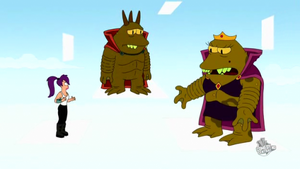 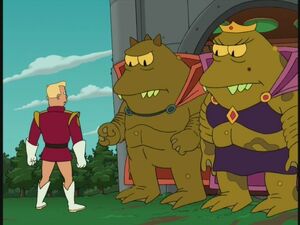 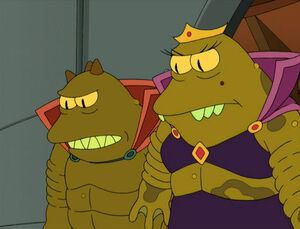 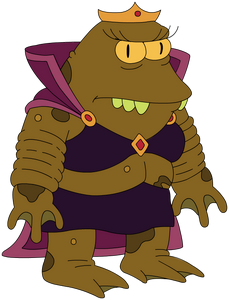 Retrieved from "https://villains.fandom.com/wiki/Lrrr?oldid=3775569"
Community content is available under CC-BY-SA unless otherwise noted.