Leader of the Horseman of the Apocalypse

Seek revenge against the town of Lake Ravasu

Take his vengeance on the preacher Moses for his father's death
Raise hell (literally).
Bring about the Apocalypse.
Become The Devil and take Lola Byrne as his unholy bride.

Lucas "Luc" Crash, nicknamed "Death", is the leader of a biker gang of local Satanists who called themselves the "Horsemen of the Apocalypse" (in reference to the biblical ones). He is the main villain of the 2005 sequel The Crow: Wicked Prayer.

He was portrayed by David Boreanaz, who also played Angelus on Buffy the Vampire Slayer and Angel and Jeremy Melton in the 2001 horror film, Valentine.

Luc and his gang, including his bride Lola Byrne, murdered both Jimmy Cuervo and his girlfriend Lily Ignites the Dawn. He decided to have payback against the couple for revenge because he wanted Lily since he was 12 years old, but she refused him long ago, so he murdered them in order to complete a Satanic ritual to become an immortal demon with powers granted by the Devil himself before Jimmy was reborn as the Crow to get revenge on him and the rest of his gang.

Later, after their two of his gang members were killed by the Crow, 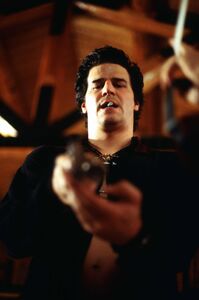 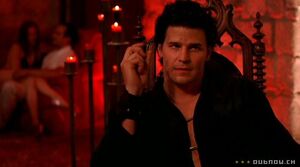 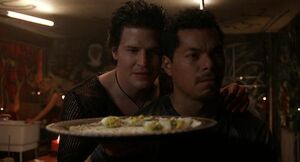 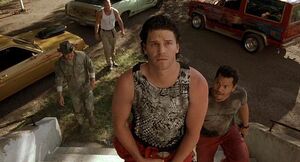