Lucia Von Bardas is a villainess in Marvel comics and media, most prominently in the Marvel Civil War.

Lucia Von Bardas was a normal Latverian woman who became Prime Minister of the country after Doctor Doom was deposed.

Although she publicly attempted to reform broken ties between Latveria and the United States of America, she secretly was funding tech-based American supervillains with help from the Tinkerer's technology. When S.H.I.E.L.D. commander Nick Fury became suspicious of this, he lead a small team of superheroes on an invasion of Latveria; without the president's knowledge. He destroyed Castle Doom, and von Bardas was horribly disfigured in the explosion. The Tinkerer made a cyborg body for her, however, and she survived to take her vengeance.

A year later, von Bardas returned and sent her tech-supervillains after the superhero members that had been in Nick Fury's team. Later she revealed herself and created an anti-matter bomb out of the villains' technology; a bomb powerful enough to destroy all of America. She was foiled, however, and taken down when her power source was destroyed, also deactivating the bomb.

It is unknown if she survived. 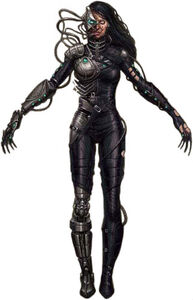 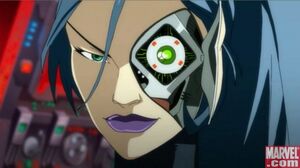 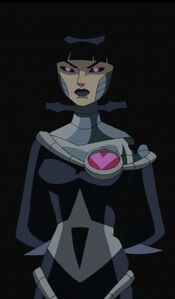 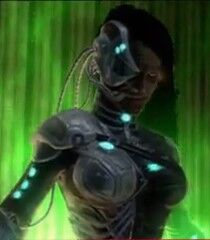