Lucifer is a Satanic figure that appears in the Chaos! multiverse - he is one of the Chaos Lords (consisting of him, Jehovah, Odin, Armegeddon, Brahma, Kreator, and Genocide ) and is, according to Brian Pulido, the youngest and weakest of them. Through narration we know that Lucifer was once a servant of God, but rebelled against him and was banished to Hell for all eternity.

In Hell, Lucifer ruled with absolute power for some time and married Leviatha, eventually giving birth to a son named Thanatos, but Lucifer was apparently unsatisfied with just one wife, and later forged a romance with the vampiric lover of a former pharaoh, Purgatori.

Their relationship eventually fell apart and Lucifer banished her to a realm of Greek demigods.

Later on Lucifer worked to empower the human sorceror Matthias. This backfired to an extent, as upon Matthias's death he went to Hell, where he already had connections with many of the archdukes, and was able to start a rebellion, though Lucifer eventually managed to win.

For no apparent reason other than to spite Matthias's daughter Hope, Lucifer pretends to get killed and impersonates a demonic Matthias and battles Lady Death.

Shortly before his defeat he reveals his turenature, and after being stabbed he curses Lady Death to be unable to walk the Earth again until every human being is dead. Lady Death seems to kill Lucifer, and then rules Hell for around a thousand years.

In later comics, Lucifer was revealed to have only pretended to die, and was in fact as powerful as ever. He regained Hell from Lady Death, and cast out his former lover Purgatori. Lady Death managed to gain power once more, and, using her connection with the Nexus of All Things, cast him into heaven, where he was destroyed by God.

A few years after that, he was brought back to life once more by his wife Leviatha, and while he almost caused the Apocalypse, he was stopped once more by Lady Death. Lucifer has become a regular antagonist to many of the heroes, anti-heroes and even some villains in the Chaos! multiverse, amongst the most famous being Lady Death.

In Lady Death: The Movie, he and Matthias are the same character rather than being two different characters like in the comics. 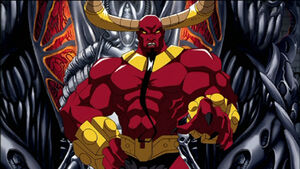 Lucifer in Lady Death: The Movie. 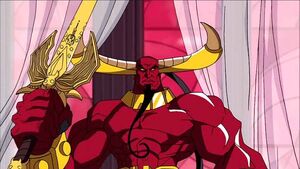 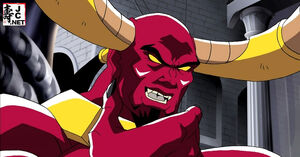 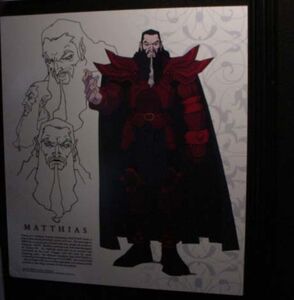 Lucifer as Matthias in Lady Death: The Movie. 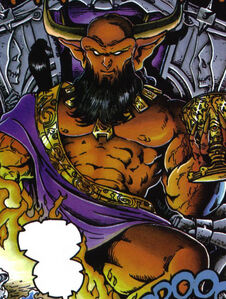 Lucifer in his early appearance.
Add a photo to this gallery

Retrieved from "https://villains.fandom.com/wiki/Lucifer_(Chaos!)?oldid=3631835"
Community content is available under CC-BY-SA unless otherwise noted.