The Child of Dawn

Manipulating others.
Tormenting his enemies.

Contradictory Demon
Lucifer was an angel, considered the most beautiful creation of God. However, Lucifer chose to rebel against God, and Athena, called St. Michael the Archangel, dethrones Lucifer, and does turn an angel-fallen. Then Poseidon, Abel and Eris, in Hell, relive Lucifer, and ask him to use the Athena's blood, his blood relives the 3. Lucifer thus proposes that Athena repeats the last steps of Christ, walking in front of various diseases, vowing to stop the three gods who destroy the earth if in the end, the goddess to sacrifice. But the angel-fallen just wanted the divine blood of Athena, and when the three allies of Lucifer were revived, Seiya defeats him with his arrow. 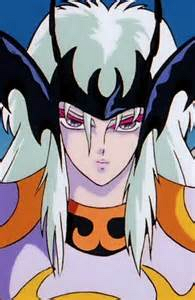