Lucius (The Dolphin: Story of a Dreamer)

The Dolphin: Story of a Dreamer

Leader of the barracudas

Lucius is the main antagonist of the 2009 Peruvian computer-animated film The Dolphin: Story of a Dreamer. He is a giant barracuda who tries to take all of the dreams, knowingly a very notorious thief; according to the aquatic creatures, he is also known as "Lucius the Dream-Eater". Lucius is also the oppressive leader of the barracudas and his main enemy confronted in the film is Daniel.

Lucius is first seen sleeping in his lair when a miniature barracuda approaches him. As soon as he wakes up, Lucius feels feverish of his excitement that Daniel has finally arrived. He sends a school of barracudas to find Daniel and take him to steal his dreams. After Daniel and Carl the Cuttlefish became sidekicks, he and his minions meet the protagonists for the first time. Daniel asks the barracudas what they want from him, but Lucius is eventually unveiled. He asks Daniel that Lucius is his most feared enemy and tries to eat him. As soon as Daniel escapes, Lucius summons his henchmen to capture him, but failed to after Daniel and Carl hid beneath a rock.

After Carl and Daniel reach the top of the surface, Lucius does a surprise attack next to him. Lucius decides to eat him while chasing him down to the deep, hit the bottom for a short while. Lucius continued to chase after Daniel and Carl and eat them, but escaped and did a surprise attack once again in a cave. After discovering that Carl and Daniel cannot find another exit, Lucius confronts Daniel that he will be defeated forever. He summons the barracudas to lock the entrance; as soon as he hit the wall and continued attempting to eat Daniel, rocks from the upper surface began to fall down. Lucius tried to eat him and Carl, but a rock fell into his mouth, foiling him as debris knocked him unconscious.

After surviving the falling debris, Lucius managed to wake up after realizing the mistake. Lucius invades the lagoon, confronting Carl and Daniel to take their dreams. After knocking Carl unconscious, Daniel begins to confront him for attacking his friend Carl and trying to steal his dreams. After knocking him into a pillar, Lucius confronted Daniel again, only to knock out Daniel unconscious. He then decides to take his dreams, but Daniel managed to survive.

He then attempted to eat Daniel, but a band of aquatic creatures confronted him and his barracudas to stop eating him and stealing his dreams. The Voice of the Sea alerted Lucius to stop taking dreams from other creatures and to reject his suspicious behavior for causing too much rampage across the sea. The dreams are eventually taken away. It is revealed the Lucius is actually a dolphin near the end of the film. Lucius (now a dolphin) explains to him that he has been behaving badly like Daniel did before forgiving him.

Lucius is a very greedy, notorious, and manipulative barracuda who tries to take all of the dreams from the sea creatures. One of his most despicable and abhorrent plans is when he sends his barracuda minions to attack the heroes, Daniel Alexander Dolphin and Carl the Cuttlefish. He is also shown to be confrontational towards Daniel and Carl in the lagoon, saying that this dream is his. Despite his villainy, he turned out to remember his dreams. 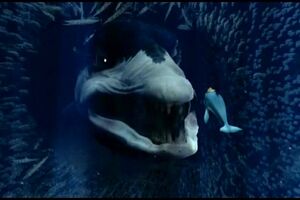 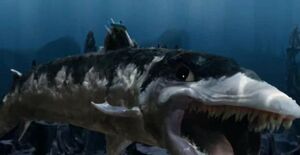 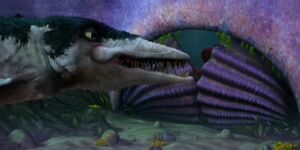 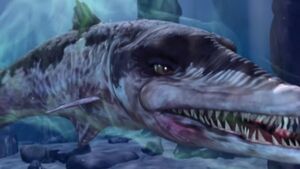