Member of the Deboth Army

Funfilled Spy Luckyuro is a member of the Deboth Army, serving as Joyful Knight Candelilla's personal spy and lieutenant. She is a supporting antagonist in Zyuden Sentai Kyoryuger.

Luckyuro awoke with the rest of the Deboth Army. She made the fewest monsters compared to her fellow knights but is responsible for causing them to grow in size after their defeat using Restoration Water. She acts as a spy for the Deboth Army. She enjoys reading manga. She has a tendency from time to time to become distracted during missions, such as reading the latest issue of her favorite manga series while trying to destroy the Kyoryugers' base. She begins having doubts about the Deboth Army's cause to wipe out humanity when she realizes that it would mean the end of her favorite manga series. After Deboth awakens a second time and merges with the Frozen Castle, the new Deboth commanders can grow on their own without Restoration Water and Chaos fires Luckyuro and she runs away.

Candelilla goes after Luckyuro and Aigaron finds them, to warn them that Deboth wants them all dead. Icerondo finds and attacks the three. Candelilla and Luckyuro mourn for Aigaron after he dies and turn against Deboth. During the final battle, Luckyuro finds out about the battle in the underworld and uses the lantern so both Candelilla and Luckyuro could enter the underworld. Candelilla assists in defeating Chaos and destroying the core, and Torin tells them to live their lives as they see fit, before they are blown from the exploding underworld. Days after Deboth's defeat, the two wonder how they were going to live their new life now. They decide to help people, starting with a crying girl, who Luckyuro gives a lollipop to. 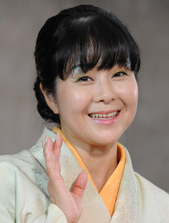