Lucy Sketch or simply Sketch is the secondary antagonist in the second season of the TV series Skins despite only being a major villain for one episode. She appeared as the titular sole antagonist in the episode "Sketch" and a minor character for the rest of the series.

She was portrayed by Aimee-Ffion Edwards who also voiced Big Fee from the 101 Dalmatian Street.

Sketch was actually a polite, nice and even supportive young woman, however; she was also delusional, sociopathic and obsessive. She had a large crush on Maxxie to the point of stalking him and taking photos of him from afar, lying to her disabled mother about being in a relationship with him despite Maxxie being a homosexual. She also lied to get her own way, this caused her drama teacher to be fired after she lied about him sexually harassing her when he wouldn't let her be the lead in the school play instead of Michelle.

Sketch first appeared in her own episode entitled "Sketch" where she was revealed as the mysterious figure taking photos of Maxxie from afar. We then see her home life which consists of the lonely girl helping her disabled mother with everyday tasks she couldn't usually accomplish due to her not being able to walk. She was later seen at a rehearsal for the school play, Osama The Musical where she saw the final scene in which Maxxie and Michelle rehearsed the kiss their two characters in the play had to share, this caused her to attempt to kill Michelle by dropping a spotlight from a balcony while this attempt failed she got away with this by nervously apologising and saying it was accidental. She was then convinced that if she were to be in Michelle's role in the play and kissed Maxxie then he would immediately be in love with her despite knowing that Maxxie was homosexual and only acting in the play. She attended dressed as Hannibal Lecter to a fancy dress film themed party held by the drama teacher and begs him to put her as the lead in the play however he declines and laughs in her face.

At this party she also is approached by Maxxie and asked if she would go on a date with Anwar upon realising that he was asking for someone else she panics and leaves the room and hides in another room. She eventually meets Michelle when she and the still recovering Tony enter the room and have a minor argument. The two then bond over being "wronged" by men and become friends. The next day Sketch lies about her drama teacher and tells the head teacher he sexually harassed her causing the latter to get fired. Sketch then breaks into Maxxie's home and he finds out when he finds her hair clip on the floor and attempts to return it he then explains the truth to Sketch's mother who is furious over her daughter lying to her and realises she lied about her drama teacher as well and attempts to call the school however Sketch grabs her mother and restrains her to her bed by tying her up to it.

Sketch arrives shortly before the play and speaks to Michelle who is feeling nervous upon getting her opportunity Sketch offers Michelle pills to ease stress which are actually emetics and make her vomit. She finally gets Michelle's part due to her being too ill to do the play and Maxxie asks her what happened to Michelle. She tells him what happened and Maxxie is furious over it however Sketch tells him that he'll feel a connection once they kiss despite her reminding her that he's gay. Sketch ignores this and the play continues when the kiss finally happens Maxxie tells her that he felt nothing and she disgusts him. Heartbroken she slaps Maxxie and the two get into a heated argument where Maxxie points out all of her crimes then leaves. Sketch is left sobbing on stage until the curtains close. She accepts that Maxxie hates her and turns her attention to Anwar who immediately takes the opportunity to finally have sex with someone. She redeems herself and maintains a steady relationship with Anwar until the season 2 finale when he abandons her. 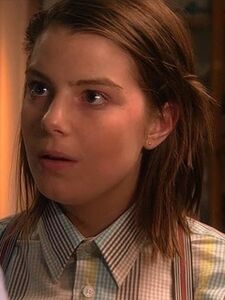 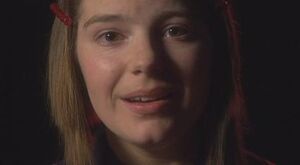 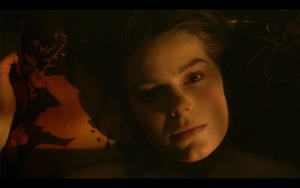 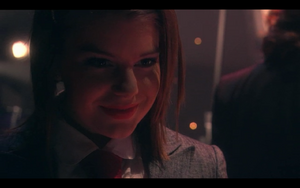 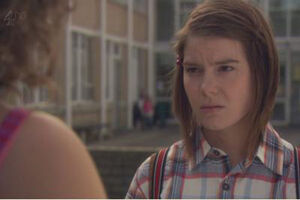 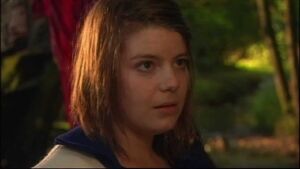 Sketch asking for forgiveness from Maxxie.
Add a photo to this gallery
Retrieved from "https://villains.fandom.com/wiki/Lucy_Sketch?oldid=4176939"
Community content is available under CC-BY-SA unless otherwise noted.