He was voiced by Geoffrey Leesley.

Ludd Whitehill is a very loud and angry man in an argument he never listens to the other person's side of the story. He constantly spits insults towards the Forrester family. Ludd always believes himself and his House to be always in the right and never in the wrong to matter how evil the deeds they committee.

Episode One: Iron From Ice

Episode Three: The Sword in the Darkness

Episode Five: A Nest of Vipers 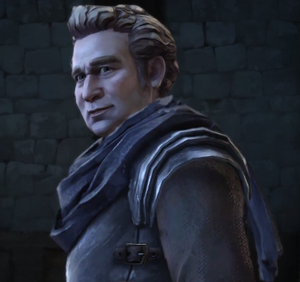 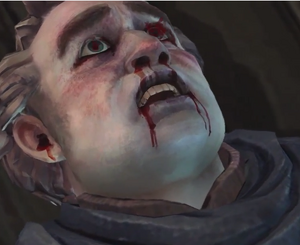