Create future criminals out of Pink and Švaba (succeeded).

Ljubiša Kurčubić Kure (Serbian Cyrillic: Љубиша Курчубић Куре; 1961 - 1994), simply known as Ludi Kure and Čika Kure, is a Serbian demented criminal and a sex maniac of the 1998 Serbian film The Wounds. He taught the two teens named Pinki and Švaba how to become future criminals.

He was portrayed by Dragan Bjelogrlić.

Ludi Kure's first appearance occurs when he came back home in Yugoslavia from a "business trip" in Germany. The three teenagers - Pinki, Švaba, and Dijabola - came out of their flats to watch him. He brought Pinki & Švaba inside their house.

Kure teaches the two how to have sex. He was showing how to do it on his girlfriend. In the scene, he said his famous quote "F--king is science". She didn't enjoy it, because she was doing it in front of teens, while they are watching them. Because Kure didn't stop, she grabbed a knife and stabbed Kure into his back. Then Kure told the teens to go home, and they had love private.

Once they had love, Kure and his wife were in a brewery. While his wife singed, other men in the brewery start holding onto her random body parts. Once Kure saw them, a huge fight occurred in the brewery.

After the fight, Kure was with Pinki & Švaba in his house, with a huge injury to his eye. They were watching Puls Asfalta together (a show where biggest Yugoslav criminals would appear). Dijabola's mother is the host of it. Because on the show was his biggest nemesis Pepper, he took his pistol and shot the television. After some time, Kure's injury was cured, watching again the show with Pinki & Švaba, and he was really close to shooting the television again, but the girlfriend saw through the window and managed to persuade him not to.

After that, she saw that the Serbian army is in front of their house. Kure went outside with his gun, going back to war with the Serbian army. After the war, Kure started shooting in his neighborhood and shouting loud, to wake up everyone because he was in a war while everyone was sleeping.

Later in the night, Pinki and Švaba were waiting for him at the grave. Once Kure came, he first showed them his new BMW, saying his another famous quote, "Not a sound, and it's running". Kure started teaching Pinki & Švaba how to use a pistol. Dijabola appeared out of nowhere, asking to shoot also. Kure refused, while the two others were watching them.

Kure asked Dijabola when is his turn to appear in Puls Asfalta. Reluctantly, Dijabola told him his mother thinks that he isn't in the same class. Once Kure heard that he pointed the pistol at Dijabola's face asking him if he ever watched The Godfather. Kure didn't shoot the teen, just screamed at him Boom!, you haven't got a clue, go home. Meanwhile, the other two teens were laughing and smoking. Once Kure saw them, he replied, telling the two that when they laugh it hurts him.

For the sentence, the two had to play Iron Fists. They had to hit their foreheads on Kure's fist. Švaba did it three times, losing consciousness, falling on the ground bloody. Kure then told Švaba to stand up, hugging him, while Pinki was looking at them.

Later, Kure paid a prostitute to have sex with the three teenagers. Pinki and Švaba did it easily. When it was Dijabola's turn, he couldn't get hard. Kure then took an ice cream stick and a shoestring from his shoe, wrapping it around the Dijabola's penis. Kure fixed the problem, and he had sex too in tears.

Later that night, Kure drove Pinki and Švaba in his car. In front of them, there was a robbery. and they saw another criminal inside his car named Pepper. Kure and Pepper talked about the robbery, and Švaba took Kure's pistol, pointing at Pepper wanting to shoot him. Kure then shouted at Švaba that he will destroy him for this. Pepper owed Kure money, and he gave him halfway through his car and told him to come tomorrow for the rest. Kure became even angrier because he wanted all of his money back. He threw all of the money that he got from Pepper outside of his car. After the conversation, the two teenagers said that he should off been shot. Kure then stopped the car, punching the two teens in his car.

Kure started taking drugs with his girlfriend. His last appearance with the teenagers was at the grave: Kure was laying on a grave, smoking weed and talking about his history, how was he a criminal in Germany. In the end, Kure went to terminate Pepper, and from behind, Kure got shot in the stomach. 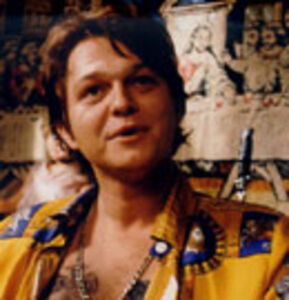 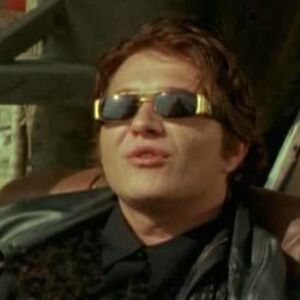 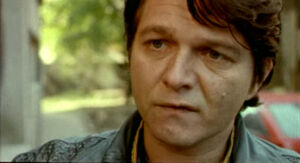 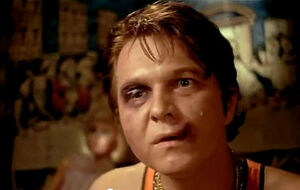 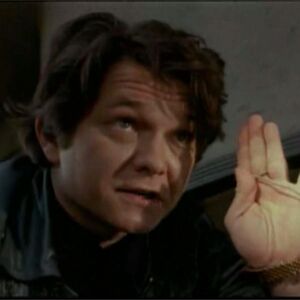 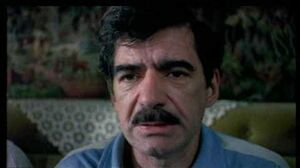 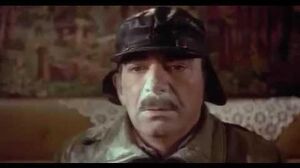 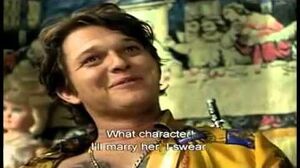 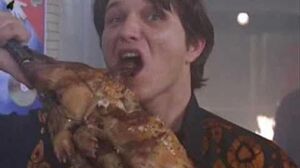 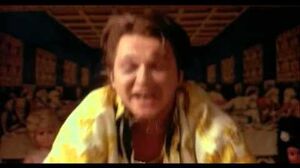 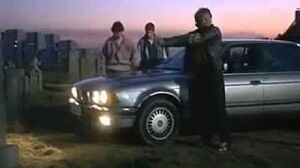 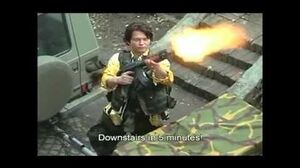 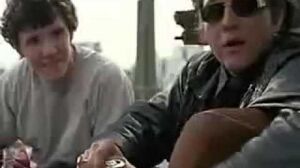 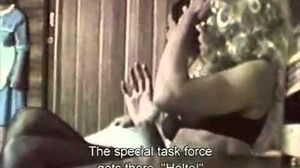 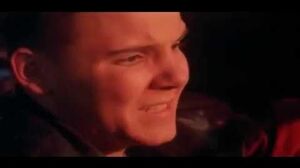 Retrieved from "https://villains.fandom.com/wiki/Ludi_Kure?oldid=3923472"
Community content is available under CC-BY-SA unless otherwise noted.