Kill people he perceives to be enemy combatants, including his own parents.

Kill his former commanding officers (both succeeded).
Blow up the FBI headquarters (failed).

Luke Dolan is the main antagonist of the Criminal Minds episode "Dorado Falls". He is a mentally ill former Navy Seal who goes on a killing spree after his post-traumatic stress disorder is triggered by a car accident.

He was portrayed by Max Martini.

Dixon was a Navy Seal and completed part of his training with the FBI in Quantico, Virginia. He served for 13 years and rose to the rank of Lieutenant under his commanding officer, Adam Werner, specializing in explosives.

While stationed in Cape Town, South Africa, Dolan and his team took part in a classified mission codenamed "Dorado Falls", in which they intercepted a boat owned by a South American diplomat who was selling nuclear secrets to Iran. Dolan sneaked onto the boat to assassinate the diplomat, only to find the man's two children were there alone. Werner and his superior, General Boyd Milgram, ordered Dolan to kill the children to avoid leaving witnesses who could compromise the mission, an order that Dolan reluctantly obeyed.

Soon afterward, Dolan received an honorable discharge from the Navy, and returned home to his wife, Jenna, with whom he had a daughter, Ally. He seemed to readjust well to civilian life, getting a good job as an executive at a biotechnology company. However, he suffered from undiagnosed post-traumatic stress disorder as a result of having to kill the children, and isolated himself from his family until Jenna separates from him and takes Ally.

One day, Dolan was in a traffic accident that, while leaving him with only minor physical injuries, triggered his PTSD. His trauma manifested in Capgras Syndrome, a mental illness which causes sufferers to develop the delusional belief that the people around them have been replaced by identical "impostors". He believes that these "impostors" have kidnapped Jenna and Ally, and will kill them unless he rescues them.

Three days after the accident, Dolan starts hallucinating that his neighbors are watching him. He calls Werner, who now owns a cybersecurity company, and says that there are "eyes on them". He goes to the company's main office, and kills Werner and all of his employees.

Dolan then calls his parents, Mark and Mary, and asks them where Jenna and Ally are. When Mark responds with confusion, Dolan assumes that his parents, too, have been replaced by "imposters", and drives to their house armed with automatic weapons and knives. He ties up his terrified parents and executes both of them with a submachine gun, playing loud music on a boombox to drown out the sound of the gunfire.

Following the mass murder at Werner's company, the FBI's Behavioral Analysis Unit is called in to profile the killer. They also investigate the Dolan murders, and realize that their son is the killer. Believing that Dolan's wife and child are his next targets, they evacuate Jenna and Ally to safety, just as Dolan drives up to their house and is told to turn around by an unsuspecting police officer.

Dolan shaves his beard to keep from being identified, and goes to Milgram's house, holding his wife at gunpoint to get him to come with him. Dolan takes Milgram to an isolated warehouse. ties him up, and tortures him, demanding to know where he has taken Jenna and Ally. When Milgram does not give him the answer he wants, Dolan berates him for ordering him to kill the children, and pistol whips him. BAU Supervisory Agent David Rossi, himself a former Marine, discovers Dolan's location with help from technical analyst Penelope Garcia, and attempts to reach him as a fellow soldier in order to keep him distracted while the rest of the team goes to arrest him. When they arrive at the warehouse, however, they find that Dolan has fled, leaving behind an unconscious but alive Milgram.

Meanwhile, Dolan infiltrates FBI headquarters in Quantico, Virginia, by killing an FBI officer and stealing his uniform and security pass. He holds the entire BAU hostage, threatening to kill them and himself with an IED unless they hand the "real" Jenna and Ally over to him. At Rossi's direction, Jenna and Ally call him from another room, and eventually convince him that they are real and they will be together again if he gives himself up. Rossi tells Dolan to close his eyes so his illness will not trick him into believing Jenna is an imposter; when Jenna hugs him, he surrenders his weapon and allows himself to be blindfolded. At the same moment, Ally runs into the room calling out for her father, causing Dolan's delusions to return and provoking him to try to attack the girl. BAU Agent Derek Morgan manages to restrain him, however, and takes him into custody. He is then presumably institutionalized. 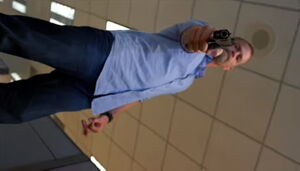 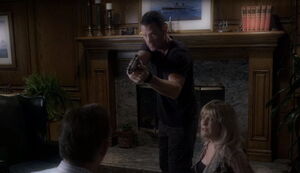 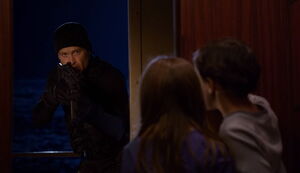 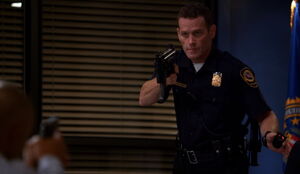 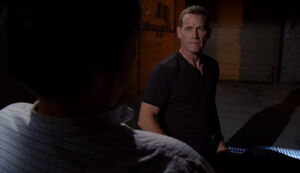